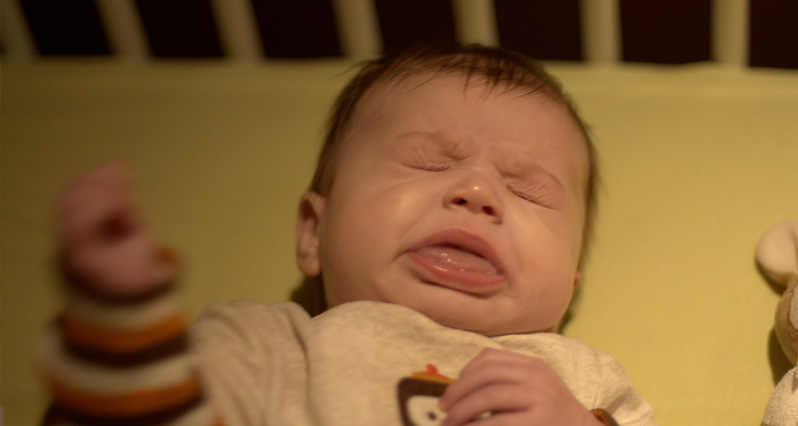 Let me say right off the bat, there’s almost nothing you could give an adult for a cold or flu that you couldn’t also give a child.  I mean, of course use your common sense, and adjust doses accordingly. But physiologically, once they’re on to solid food for a while, kids’ immune systems aren’t that different from ours…

So why do kids get sick so much?  First of all, their schools and preschools are perfect incubators for germs.  Secondly, they tend to be immune to less than an older person, who has already been exposed to more.  It’s interesting to see how this plays out: kids in public preschool get more colds than kids who stay at home.  But by the time those kids all get into the 1st grade together, the numbers flip: kids who went to preschool, who were already exposed to more, get sick less often than their classmates who never had the chance to build up immunity.

Kids are also more likely than the rest of us to get cold and wet.  Just because of how they play…  Of course it’s a well-known fact that being cold doesn’t give you a cold.  But being cold can weaken the immune system, increasing your susceptibility to colds.  I remember reading a paper years and years ago (I can’t track it down now) where cold and wet feet, more than any other exposure to climate, weakened immunity in the nasal mucosa.

Perhaps the biggest difference in winter wellness for kids vs. adults is what Public Health researchers call “patient compliance,” i.e. are they actually going to take their medicine?  Some of the best natural medicines for colds and flus either taste nasty, or come in big, hard-to-swallow pills. If your kid can handle those – great!  Just load them up with Wellness Formula, or Immune Dragon Super Brew.  But for the purpose of this article, we’re going to stick to the following criteria: no pills to swallow, and it’s got to taste good, or at least okay.

Without further ado, and in no particular order, here are some things to consider:

Goji berries are a rich source of immune-strengthening polysaccharides, basically, compounds that slowly and deeply build up the immune system.  Goji berries are by no means the only food, or medicinal plant, with immune-strengthening polysaccharides.  Some of the fancy mushrooms, like maitakes and shiitakes, are also rich in them.  Aloe vera juice, astragalus root, some tree barks, etc., etc., are also great sources.  But goji are the easiest to give a kid, because they look and taste like mild red raisins.  So you can mix a teaspoon in with oatmeal, or sprinkle them on yogurt, or add to tea (you can filter them out later, or just pick them out and eat them); or simply eat them out of hand.  A teaspoon a day is a good portion, although there’s no harm in consuming more.

As for the chocolate covered goji berries… all I can suggest is moderation.

The immune system doesn’t get strengthened overnight, and goji won’t be of much help in fighting off something now.  For them to work, you should try to take them daily.

Elderberry is – you guessed it – a berry.  And while it’s a little tart, it still tastes like berry.  So, it’s easy to give straight-up for your more mature children, or in a sweetened syrup for your littler ones.

Elderberry is a fine flu remedy.  It might not be the strongest antiviral out there (I still give the “strongest” title to the powerfully unpleasant  Lomatium root), but it’s strong enough to work.

There’s good research here, a few clinical trials where extracts of the plant work to shorten the duration and severity of flus.  Most people will take elderberry when they’re fighting something off, but you can also take it on an ongoing basis.  Elderberry juice, elderberry jam, elderberry tea – even elderberry wine for the grown-ups.

There is, however, one common misconception about elderberry.  People call it a cold and flu remedy, and this is not entirely true.  Mostly, it is just a flu remedy.

Elderberry is one of the easiest herbs to brew up at home.  Try the following recipe for a big jug of elderberry tea (makes a half-gallon):

Just pour boiling water over everything, let it sit, stir, let it sit some more.Serve hot or cold.This will keep three days in the fridge.If you’re in the habit of serving orange juice for breakfast, try this instead.

In the United States, you normally see this South African traditional plant sold under the brand-name Umcka™, from the Nature’s Way company.  Research shows that it fights both head colds, and viral infections deeper down into the lungs.  (Based on some traditional reports, as well as some suggestive research, it may also be effective against tuberculosis, a historical weak spot in herbal medicine…)

There is a whole line of Umcka products: tinctures, syrups, hot drink mix, and dissolving lozenges.  They’re all good.

Larix is an extract of the Western Larch tree, developed originally by a Utah-based company, and bought out a few years back by international phytopharmaceutical giant Lonza.  It sort of does what goji berries do, only it’s better suited to situations where you need something to work quickly.  I like it for those situations where I want to give the immune system a good, hard “shove.”  I especially like it at the very beginning of an infection; or conversely, when the infection has already settled in deep, with those flu-ey bone aches and maybe a fever.  There’s also a product called “Atomic Echinacea,” which is actually just 5% echinacea, and 95% Larix.Big bonus: the Atomic Echinacea has a picture of Superman (well, a Superman knock-off) on it.

Also called “birch sugar,” xylitol is one of those alternative sweeteners that’s sort of like regular sugar, only it doesn’t spike your blood sugar nearly as much, and it actually fights cavities.  It fights cavities by killing bacteria, at least bacteria that it comes in contact with.  And since there is a tube between the mouth and ears, xylitol does come in contact in the mouth with bacteria in the ears.  There have been at least two good clinical trials where children given xylitol-sweetened chewing gum daily greatly reduces their risk of developing ear infections.

Almost every old-school Western herb company makes a version of the good ol’ Mullein-Garlic oil, which you drop into the ears.  Mullein to loosen wax buildup, garlic to fight infections, sometimes some St. John’s Wort as an additional infection fighter and for nerve pain.  Keep the bottle in your pocket so it warms to body temperature.

A lot of Chinese formulas can trace their lineage back thousands of years.  Loquat syrup is a relative baby by these standards, only 100 years old.  It was originally created by the doctor Ip Tin-See to treat the mother of a provincial governor who had a chronic lung condition.  It worked so well, the provincial governor started manufacturing it, under the brand name Nim Jiom Pei Pa Koa (“Memory of Mother Loquat Syrup”), which is available to this day (they now have over 150,000 square feet of production space, over three factories).

But the provincial governor also made the recipe freely available.Today, literally dozens of Chinese, American, and European companies make their own version.  The version from Planetary Herbals, made in New Mexico, is as good as any, and better than most.  To the traditional formula, they’ve added slippery elm bark (coating and soothing), and wild cherry bark (anti-tussive).  It doesn’t just taste alright.It’s actually its own special, strange kind of delicious.

Sunshine in a Bottle: Vitamin D:

Vitamin D is sometimes called “the sunshine vitamin,” since we make it when sun hits our skins.  So, obviously, our vitamin D levels go down – in some cases, plummet – in the winter months.  People who don’t get outside much, and dark-skinned people, who are less sensitive to the sun, tend to run low year-round.

For a while now, researchers have theorized that seasonal variations in vitamin D might explain why we get sick more in the winter.  We’re learning more every day how important of a role vitamin D plays in the immune system.

However, when it comes to actual clinical trials, the research is mixed.  In 2010, a Japanese study tracked 334 children ages 6-15 who were given 1,200 i.u. of vitamin D daily vs. placebo for four months.  The incidence of flu was cut almost precisely in half for those getting the D.

Research going back even further seems to be similarly mixed.  So, why the discrepancy?  Well, you could argue that the Japanese trial focused on four winter months, whereas the New Zealand trial took place over all four seasons.  Something that tends to run low in the winter is more likely to help during the winter…You could also argue that daily dosing is more effective than monthly dosing.  Or you could just shrug your shoulders and say, I don’t know.

We do know beyond a doubt that most of us going through a New England winter will end up low in vitamin D unless we supplement.  And I’m always a fan of correcting a deficiency, even if I’m not sure it’s going to make me feel better in a concrete way.  And besides, vitamin D is just about the cheapest and easiest thing to take…

For cold and flu and a boatload of other reasons I recommend at least 2,000 i.u. vitamin D for anyone going through a New England winter.  I personally take 5,000 i.u.  To put that in perspective, the standard corrective dose in this country for anyone who tests low is 50,000 per week – a little more than 7,000 a day.