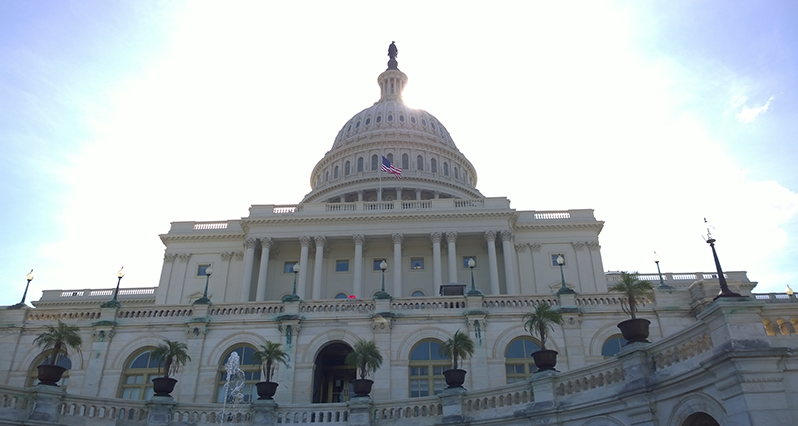 Ah yes another piece for which I must write a disclaimer!  To whit: “my opinions here in no way reflect those of anyone else on staff, or, indeed, on Earth.  Also, they don’t reflect Debra’s, yet she is still kind enough to print them.  Cheers.”

Did anyone else catch that article in the New York Times[1] about how what you eat, and where you buy it, predicts how you’re going to vote in the presidential election?  Good stuff.  To be honest, part of me resents the way the spin-meisters and sales consultants intrude on our privacy, observe and record, cut and splice everything we do, for the sole purpose of turning it back on us.  But an even bigger part of me is simply fascinated.

According to the article, most of our customers are voting on the democratic side of the ballot.  No surprise there, I suppose.  I think we all know that stereotype about us health food store people ? and sense that, for the most part, it’s true[2].  (And by this I mean no disrespect to McCain, whom I personally admire.  It’s just that his supporters’ preference for Splenda as a sweetener, margarine as a cooking oil, and Safeway as a place to buy both of them, place them largely outside our core customer base).

So that leaves Clinton and Obama.  Since both candidates draw a great deal of their support from people who buy natural foods, it makes me wonder if I couldn’t tell an Obama supporter from a Clinton supporter simply by the contents of their shopping baskets.

So are you stocking up on quick-and-easy, health goal-oriented foods that are low in fat, high in protein, and meant to give you energy?  You just might be a Clinton supporter.  On the other hand, do you lean more towards foods that are grass-fed, local, and artisanal?  That just might indicate support for Obama.

I’m not an expert on the psychographics of political choice (although I do have quite a few uneducated opinions on the subject!).  But I am pretty astute when it comes to the psychographics of the natural products industry what values, desires, and emotions motivate our decisions to buy natural versus organic, national versus local, this loaf of bread versus that.  And what I’m seeing here is a divide between two groups, in many ways two generations, of “core values” health food store consumers: the older, more conservative, puritanical, health-oriented wing of the natural products industry (Clinton supporters); and the newer, more progressive, self-indulgent, socially-oriented wing (Obama supporters).

Clinton supporters want to have their cake and eat it too.  And if they ate enough low-fat tofu for lunch they might even feel justified in doing so.  They’re willing to buy a cake that’s a little bit dry, a little bit lacking in flavor, if they perceive it as healthier.

Obama supporters, on the other hand, think there’s nothing wrong with cake pile on the frosting and use plenty of butter so long as the cake was hand-baked by a small bakery where everybody has a 90-minute lunch break, from wheat that was harvested by a family farmer, on a small family farm, and the butter comes from a grass-fed cow, and the cow has a name, and bonus points if they know the cow’s name.

All of which implies even deeper, more visceral emotional drives.

Perhaps the whole issue can best be summed up by looking at the archetypal breakfast cereals of the three candidates’ supporters.  Obama supporters incline towards granola; Clinton supporters, to a cereal called GoLean; and McCain supporters, to something called Fiber One.  So what do really want?  Do you want to enjoy a wholesome breakfast that connects you to nature?  Do you want to meet those health goals, lose weight and feel great?  Or do you just want to poop tomorrow morning?

That, perhaps, is the fundamental question that will decide this election.

[1] Originally published on April 16, under the heading “Studying the Intersection of Politics and Pantry,” you can also find it on-line at http://www.nytimes.com/2008/04/16/dining/16voters.html.  Both link to breakdowns of food choices related to each individual candidate.