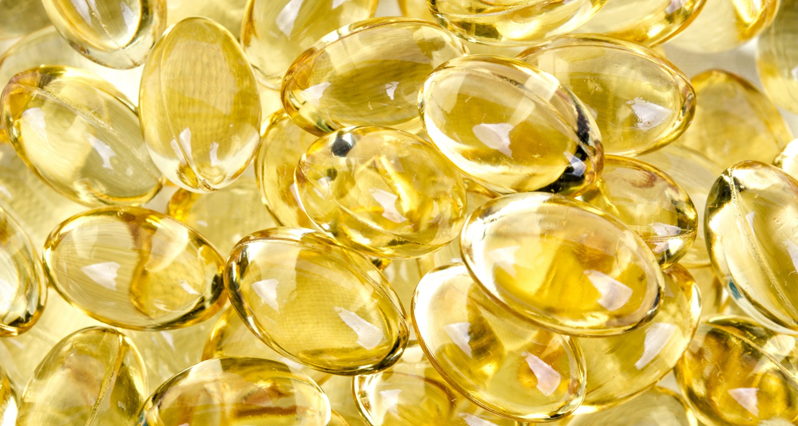 Coenzyme Q10 is a chemical naturally found in every cell of our bodies.  Indeed, its name in older biochemistry texts, ubiquinone, reflects the fact that it’s so very ubiquitous.  CoQ10 is needed for the generation of energy inside our cells[1].  And obviously, energy is essential to normal functioning of the body.  We don’t blink an eye or think a thought without energy.  Our hearts don’t pump blood, our livers don’t cleanse blood, and our lungs don’t oxygenate blood without energy.  So it’s no surprise how much CoQ10 can do for us.  What is surprising, however, is that when it comes to actually feeling energetic vigorous and alert CoQ10 generally does not do much for people.  Sure, I talk with people now and again who take CoQ10 and do feel physically and mentally energized, but they’re in the minority.  Most of CoQ10’s benefits remain hidden.

Those benefits, however, are very real, and, for the most part, very well-researched[2].  CoQ10 is one of those fascinating nutrients that not only promotes and maintains health in otherwise healthy individuals, but which can also be used to treat existing diseases, sometimes quite serious ones.  A lot of nutrients are marketed as “anti-aging”; this one actually lives up to those claims.

Many cholesterol-lowering drugs work by inhibiting an enzyme in the liver called HMG coenzyme A reductase, which is involved in the production of cholesterol.  Problem is, HMG CoA reductase is also involved in the production of CoQ10.  So if you take statins, you’re not just lowering cholesterol, you’re diminishing your stores of CoQ10 too.  In fact, the most common acknowledged side effect of statins, muscle pain, can be traced to an induced CoQ10 deficiency.

We focus on the muscle pain because it can occur after only days, so it’s easy to pin down.  The long-term consequences of a decades-long CoQ10 deficiency, on the other hand, will probably take decades to prove.  Rather than just ignore the issue until then, Julian Whitaker, M.D. petitioned the U.S. Food and Drug Administration in 2002 to require that all statins carry a warning about CoQ10 depletion, and recommending 100-200 mg of CoQ10 to offset this side effect.  Of course the drug companies opposed it, and the FDA didn’t approve it, and that, seemingly, was that.  It’s interesting, though, that pharmaceutical giant Merck, manufacturer of the statin Zocor, and a company opposed to the proposed warning label, has filed a patent on a Zocor plus CoQ10 combination.

In the meantime, however, there has been research on CoQ10 supplementation and the muscle pain.  In a study published just this May 15 in the American Journal of Cardiology, 32 people who suffered from statin-induced muscle pain were given either 100 mg CoQ10 or a control for one month.  After the month, the people taking the CoQ10 felt 40% less pain; the people on the control felt 9% more.  The researchers were pleased: “coenzyme Q10 supplementation may offer an alternative to stopping treatment with these vital drugs,” they wrote.  I suppose that any step taken by the medical establishment towards acceptance of nutritional supplements is a good thing; still it galls me that the rationale for supplementation here isn’t any intrinsic health benefit (real or imagined) of the supplement, but the fact that the supplement allows people to keep on taking a drug with known side effects.

hearts never stop working or if they do, it’s called a “heart attack.”  No other organ has such a constant and unrelenting need for energy.  And most types of cardiomyopathy (cardio = heart; myo = muscle; pathy = disease) are caused either directly by the heart’s inability to generate sufficient energy, or indirectly, when the heart can’t compensate for some other problem by generating more.

CoQ10 offers major benefit for most cardiomyopathies.  Now obviously, self-treatment of serious heart disease is a risky business.  After all, an ailing heart isn’t like the bones or the liver, where you’ve got a little leeway for trial and error.  If the heart goes seriously wrong, even for a minute, you could, conceivably die from it.  So if you’ve got something serious going on, you should definitely be working with a healthcare professional who is able to run diagnostics and track how you’re doing.

That being said, I’m not advising that anyone not take CoQ10 just because their doctor is unfamiliar with it, or has vague, unspecific fears of a negative interaction or side effect.  Even though there has been quite a bit of very solid research, out of Germany, and Italy, Japan, and the United States[3], many doctors still have that knee-jerk response to supplements that says, on one hand, that they probably won’t do much good, and on the other hand, that they might be harmful.

So let me make this very clear: CoQ10 is safe[4].  Even with serious heart conditions, you will not harm yourself by taking it.  The research indicates it is fine to take in conjunction with most any medication.  In fact, a number of studies, in hundreds of patients, many lasting years, have specifically examined the ability of CoQ10 to reduce or eliminate the need for existing medications.

I know this might seem like somewhat of a cheat, but I’m not going to go into the research here.  It’s too extensive, on too many separate conditions, and I’d run out of space.  Besides, if you’re living with chronic heart disease (congestive heart failure, mitral valve prolapse, angina, coronary bypass surgery, etc.), do you really want to deal with it based on the information you find in a couple of paragraphs?  If you’d like to know more, I highly recommend the book, Metabolic Cardiology, by Stephen Sinatra; your doctor may find the monograph on CoQ10 published in the June, 2007 issue of Alternative Medicine Review (online at http://www.thorne.com/altmedrev/.fulltext/12/2/159.pdf) useful.

The research here looks at higher doses than you see elsewhere.  The results are usually good, but not great.  That being said, when you’re dealing with a disease that’s expected to get progressively worse, anything that can help, even a little, is worth doing.  Out of three small studies on Parkinson’s symptoms, two showed improvements after CoQ10 supplementation, especially at doses in the 800-1,500 mg range.  In a larger study (published in Archives of Neurology, 2002; 59:1541-1550), 80 early Parkinson’s patients received either a placebo, or 300, 600, or 1,200 mg of CoQ10 daily over 16 months.  The disease progressed more slowly with CoQ10, especially at the higher doses.

Low CoQ10 levels have been found in various kinds of cancer, at least implying that CoQ10 may help prevent against the disease.  While I am not aware of any formal research linking CoQ10 supplementation with improved prognosis, published case reports have described benefits.  A number of studies have shown significant reduction in toxicity from chemotherapy when patients take CoQ10.

CoQ10 can help with periodontal disease, including receding gum lines.  Taken internally it helps, but even better is to bite the capsule open, rub it over your gums, then swallow it.  Three studies examined this issue, in 1975, 1976, and 1977.  It was useful in all three.  I’m unaware of any studies since then.  A mere 50 mg a day seems to work fine here.

For whatever reason (and it isn’t entirely clear), CoQ10 can relax blood vessels.  This is useful in a number of situations, the most obvious of which is high blood pressure.  In a recent meta-analysis, in the Journal of Human Hypertension (April; 21(4):297-306), the authors reviewed 12 clinical trials, comprising a total of 362 patients, generally using low-to-moderate doses of CoQ10 in the 50-100 mg range.  Their conclusion: “Coenzyme Q10 has the potential in hypertensive patients to lower systolic blood pressure by up to 17 mm Hg and diastolic blood pressure by up to 10 mm Hg without significant side effects.”

Of course you don’t want to lower your blood pressure too far.  So does this mean people with low or even average blood pressure should avoid CoQ10?  Well, if your blood pressure is very low, I’d approach CoQ10 cautiously.  But in reality, CoQ10 just does not seem to lower blood pressure beyond a desirable level.  For example, in some of the research with Parkinson’s using as much as 3,000 mg a day, people were not running into problems.

In migraines, blood vessels around the skull constrict as well, causing at times excruciating pain.  Here, 150 mg of CoQ10 daily for 90 days reduced the number of days people suffered migraines by half.

And constricted blood vessels are also a feature of Raynaud’s Syndrome.  Raynaud’s sufferers walk through life just fine until they reach for something in the freezer case at the supermarket, or go outside in winter without gloves.  Then their hands get numb, blue sometimes, and can stay that way for hours.  CoQ10, 100 mg a day, may help.

In one study, 97 patients with kidney failure were given 180 mg CoQ10 or placebo for a month.  Half the patients were already on dialysis; all of them were already on drug therapy.  80% of the CoQ10 patients got better, and many needed less frequent dialysis.

CoQ10 also functions as an antioxidant.  And “antioxidant” sure has become a buzzword these days, used to sell us everything from sunscreen to chocolate bars.  Antioxidants, generally speaking, are good for us.  That being said, what makes CoQ10 special is not its antioxidant activity.  It certainly is a nice little bonus, but antioxidant activity is not what supports the heart muscle, or relaxes the blood vessels, or protects the brain and gums.  (And yet there’s a supplement company out there that claims its CoQ10 is 20 times better than the competition because it’s 20 times stronger as an antioxidant.  That’s like saying my car is 20 times better than yours because the stereo is 20 times louder).

The list of health benefits extends far beyond the diseases mentioned here.  There’s strong reason to believe that CoQ10 can also reduce some symptoms of diabetes; that it can support the immune system in both healthy individuals and those in chronic immunodepressed states such as HIV; and that, really, in can benefit any situation where cellular metabolism could do to be optimized.  Which, practically, is just about any situation.

Nowhere else in the supplement industry are so many manufacturers jockeying so relentlessly to prove they’ve got a better product than their competitors.  There actually are some differences, but I’ve run out of space, so I’ll spend a half-page or so on this issue next month.

[1]To be more specific,  CoQ10 acts as a shuttle in the electron transport chain, during oxidative phosphorylation.

[2] As of August 12, 2007, PubMed, the National Institutes of Health’s on-line medical database lists at least 7,074 papers involving CoQ10, 243 of which were human clinical trials.

[4] Well, some people get an upset stomach when they take large amounts of it.  Then again, that also happens with placebo pills.