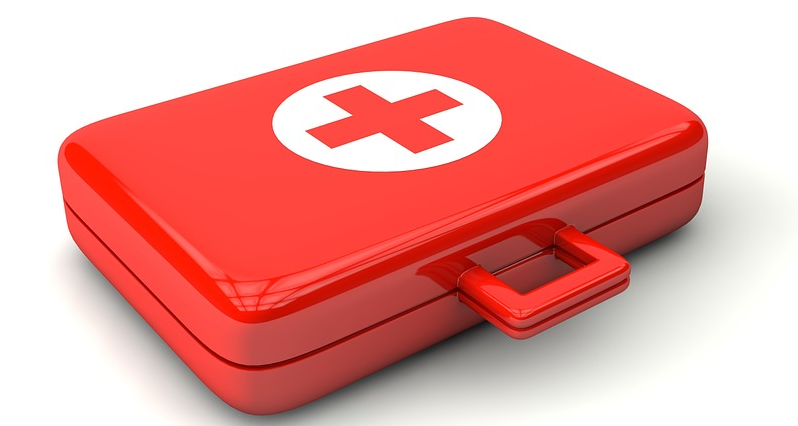 Heat or Ice?  When I was a younger man, I used to play a lot of pickup basketball.  Don’t let anyone tell you it’s  not a contact sport! In addition to the occasional bumps and bruises, at least once a summer I’d jam a finger, pretty hard. I’d watch helplessly as it swelled and swelled… Within 30 minutes, it might be twice it’s normal size, purple and bloated, like a cross between a Vienna sausage and a prizewinning eggplant. It usually took about a week before I could move it again. Nothing I did helped.

That is, until I discovered the magic of ice. Sure, I used to ice my finger – when I got around to it – later in the day, when I got home. But then I learned to take ice seriously. Trust me: whatever your injury (if it’s not bleeding uncontrollably), drop whatever you’re doing, and get ice on it as soon as possible. If you don’t have ice, use a sack of frozen vegetables. Use anything. Just use it quickly. Sure, my finger still swelled up, but it was not nearly as serious or debilitating.

Use ice whenever you feel heat and/or throbbing – whenever blood is rushing to an area, and you want it NOT to. Heat, on the other hand, should be applied when an area is stiff and creaky – when a little extra circulation might do good. Simply put, ice is for first aid; heat, for chronic aches and pains.

The single most important natural first aid to have on hand at all times is the herb Arnica. Arnica is the traditional first aid remedy in Western herbal and homeopathic medicine. It reduces swelling and bruising, and speeds healing of injured tissue. We see a fair amount of research suggesting that arnica reduces pain and swelling in arthritis. And we see a good amount showing it reduce both swelling and bruising following surgery. There’s also some research on arnica following physical overexertion – running marathons and the like – which has been decidedly mixed.

In Medicinal Plants of the Pacific West (1993), the herbalist Michael Moore explains how arnica works:

“Arnica works by stimulating and dilating blood vessels, particularly the specialized capillaries that control whether blood is piped into the small peripheral capillary beds or shunted over to the small veins, bypassing more widespread blood dispersal. Good, diffused blood transport and circulation into injured, bruised, or inflamed tissues helps speed up resolution and removal of waste products… Using a little Arnica internally after you have been thrashed, bumped, or banged up will aid in dispersing the disorganized fluids out of the injured muscle or joint and lessen the volume of trapped and eventually congested blood and fluids that will stare back at you in the mirror the next day. I am not talking about broken bones or bubbling chest wounds, but rather the type of injury that results when the shelf falls on you as you are moving or the baseball bat hits you in the knee at a softball game.”

Now, not all arnica products are created equal. And not everyone agrees what the right ones are.

Personally, I prefer arnica combined with other ingredients. In particular, I’m a fan of a product called Clear Recovery, from a company called Clear Products. It combines arnica with a variety of homeopathic remedies meant to address nerve, muscle, and bone trauma; soothe pain, and reduce swelling. Plus a number of Chinese herbs to ease blood stasis and stagnation, swelling, and spasm. If you can’t get your hands on that one (because they’re out of stock half the time), T-Relief from the MediNatura company is nice as well. [Debra likes Accident and Injury from Newton Homeopathics.]

Topically, I like most of what’s out there. I’m especially partial to the Compound Arnica Oil from David Winston’s Herbalist & Alchemist company. It combines Arnica with herbs to dull cramps, and stimulate healing beneath the skin surface. Probably one of the best things to use if you throw out your back.

As for straight arnica, again, there are dozens to choose from. I tend to recommend 3X or 6X potencies for the sort of whacks and bruises Michael Moore writes about, and the 30C or higher potencies for issues that feel harder to pin down, or where there might be risk of bleeding – especially prior to surgery. And remember, if you know what’s coming, you can even take arnica in anticipation of physical trauma: right before the boxing match or the strenuous hike. And yes, even before surgery.

For Poison Ivy: Wash the area with soap as soon as possible. Any soap will do, but a soap designed for poison ivy may be especially helpful.   Internally, try the homeopathic combination formula called Poison Ivy by Hylands or straight Rhus toxicodendron, says Debra.

Home remedies? Learn to recognize jewelweed[1]. Snap the stalk open, and spread the juicy pulp over the effected area. Or even better, learn to recognize Sweet Fern[2]. Pack a jar very loosely with fresh Sweet Fern leaves, then fill it with boiling water. Let sit until cool. Apply externally with a washcloth or towel. Be careful not to the spread the poison ivy with the rag!

For Cuts, Scrapes, Scratches, and other types of broken skin injuries: Generally speaking, thick waxy salves, balms and ointments are less effective at healing, but provide a sturdier protective barrier against the environment. Look for products that contain ingredients like beeswax and shea butter. Delicate creams and oils, on the other hand, usually don’t provide the same level of protection, but can penetrate better, and are often better at actually healing.

One of my favorites is the Shotgun Skin Dressing from the Ancient Secrets company. Ancient Secrets didn’t come up with this formula. Also, it’s not ancient, and it’s not really a secret. This is actually an old formula of Michael Moore’s, who coined the term because the combination of herbs is a veritable “shotgun approach” to skin healing and infections. I like Ancient Secrets’ version, because it comes in a big lip balm-style tube – easy to throw in a backback and go.

For wounds that go a little deeper, where you’re worried about scarring, apply some Tamanu oil when you get home. And then keep on applying twice a day until it heals.

For Burns, Including Sunburns: it’s hard to beat aloe vera for simple burns. Any good aloe gel will do. If you have a plant, just snap open the leaf and rub it on. More serious sun burns that involve blistering should receive medical attention. I’m also a fan of a brand-name product called Solar Recover, which sprays on. For added relief, keep your aloe and your solar recover in the fridge. For actual burns, try spraying some colloidal silver on the affected area. Colloidal silver can be useful here as well, since it can help cut down the chance of infection.

Traveler’s Diarrhea: First of all, make sure to stay hydrated! Any good electrolyte replenishment will do (although of course I’d like to recommend a natural one such as Ultima Replenisher). Otherwise, to actually address the diarrhea itself, try a Chinese formula called Xiang Lian. We sell it under the brand name Traveller’s Aid. Originally recorded in an ancient text called “Formulas of the Peaceful Benevolent Dispensory around 1100 CE, Xiang Lian has obviously stood the test of time. It’s designed to kill E. coli and related bacteria, and ease severe crampy abdominal pain.

[1] The fleshy-stalked, yellow-flowered plant that usually is growing right next to the poison ivy.

[2] Sweet fern is hard to mistake. It’s the only plant around here with leaves like a fern (although usually a more olive-green), but a stem like a bush. It has a distinct sweet-spicy aroma. You can usually find sweet fern on little transitional slopes, like the 10 feet between the trail and the pond, or the ten feet between the road and the trees. I usually see a few on the road up to the Thoreau Club health center.