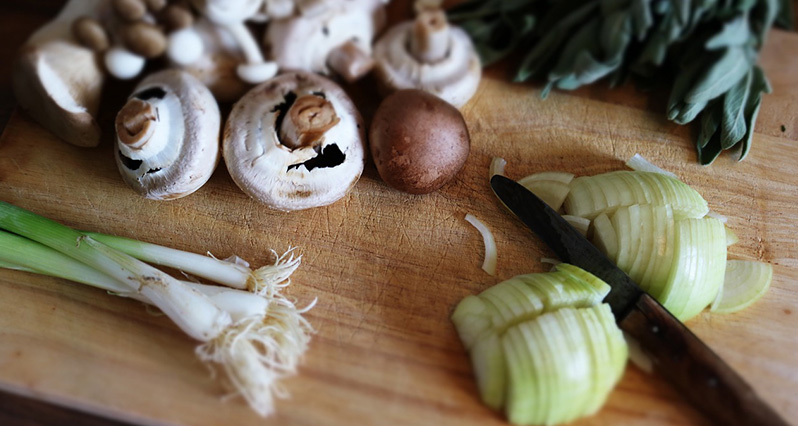 I’ve been blessed with a digestive tract, immune system, and metabolism that let me eat however much I want, of whatever I want, whenever I want. I know not everyone is so lucky.  There are lots of people who look around a grocery store or at a restaurant menu, and see, instead of possibilities, forbidden fruit.

Some are simply looking to lose weight.  Others are dealing with a food allergy, or multiple allergies.  Others have decided to go vegetarian, or raw; or their child or spouse has.  There are the Candida diets, and the low-residue, low-sodium, low-fat diets.  There are the countless people newly diagnosed with celiac disease.  I could go on.

Every day, it seems, I talk to at least one of these people, convinced that their lives are about to become miserable.  Well, it’s never easy to restrict your diet.  But here are some rules to at least make the restriction easier.

1. Don’t get hung up on imitation/alternative foods.

People who go on a restrictive diet, especially at the beginning, have a tendency to try and replace their familiar now forbidden foods with “imitation” alternatives.  So for example, someone on a wheat-free diet might fill up their shopping cart with the store’s entire repertoire of wheat-free pastas, wheat-free breads, wheat-free crackers, wheat-free pizza crusts, etc.  I sometimes wonder if they ever ate that much pasta before it became taboo!

Or for the diabetic, it could be “diabetic-friendly” sweets.  Or for the vegetarian, vegetarian “meat” balls.

Don’t get me wrong.  There are some great “alternatives” out there.  Some of the coconut-based dairy alternatives are as good, or better, than the real thing.  Cookies made from cashews and almonds have a heft and substance that satisfies more deeply than white flour and sugar.  Treats made with coconut sugar are diabetic-friendly and delicious.  In fact, the only imitation food that still falls far short is gourmet cheese.

Having said all that, however, most alternatives don’t quite live up to the real McCoy.  So while I’ll sing the praises, for example, of Field Roast vegetarian sausages to anyone who wants to listen  and I’ll eat them myself I’m forced to admit that they’re not quite going to match an “actual” sausage.

In the end, you’ll probably be happier and you’ll certainly spend less if you go for foods that aren’t imitating anything else.  Instead of wheat-free pasta, then, try the risotto, polenta, or potato gnocchi (you can use the same sauce).  Instead of vegetarian “meat” balls, try a hearty, aromatic Cuban black bean strew.  Instead of a diabetic-friendly candy, eat something every bit as self-indulgent but savory.

Well, everyone is different.  But most of the foods that most of us are trying to avoid are those that tend to sit front-and-center on the Standard American Dinner Plate.  For those with food allergies especially, it’s rewarding to explore the culinary cultures of the world.

Understand, I’m not talking about the cheap-and-greasy take-out masquerading as “Mexican,” “Italian,” and “Chinese” that has become mainstream in our part of the world.  General Gau’s Chicken and Crab Rangoon are no more Chinese than the plastic fork and knife they’re commonly served with; Chicken Tikka Masala was invented in Scotland in the 1970s).  But when you go deep into the real traditions the peasant traditions, the agricultural traditions you’ll find food that is just lovely.  (Just like you could probably find lovely, healthy food if you could dig into the agricultural, peasant traditions of our culture).

3. Let go of preconceived notions of what a meal ought to be.

Have soup for breakfast, or eggs for dinner (the rest of the world does).

When I want dinner in five minutes, my go-to meal is always eggs’n’veg.  Chop up and  sauté a small onion, then scramble in 4-6 good eggs.  Maybe add a can of beans.  Flavor it with whatever curry powder, green olives, pesto, gomasio (a Japanese seaweed-and-sesame mix), and Harissa (a North African spice paste) are all personal favorites.  Then either use the same skillet to steam kale or collards; or just chop up some tomatoes, carrots, cucumbers, or cabbage, and eat them raw alongside.  A squirt of lemon, a dash of olive oil, and you’ll be happy.

Ultimately, you need to figure out what it is you really miss about the forbidden foods other than the fact that they’re forbidden, of course!

4. Be prepared to spend more money on food.

It is an oft-cited statistic that Americans spend less money on food (proportional to total spending) than any other nation on Earth.  So what do we spend it on, then, that’s so much more important?

If you’re trying to cut back on, say, fat (although, really, why ever would you, short of a gall bladder problems?), you’ll feel a lot less deprived if you spring for that nice, expensive pint of strawberries.

Treat yourself so you don’t start to feel like you’re depriving yourself.  Treat yourself to the best quality food you can.  Nourish your body and satisfy your mind.

5. Be prepared to spend more time on food.

First of all, if you spend more time, you’ll spend less money!  Making a pot of lentil soup from scratch costs pennies.  And it’s not like we’re talking about spending all day here, just the 5-10 minutes you need to cut and chop, and a little more relaxing while your meal simmers or roasts.

Ultimately, food you make is food you have control over.  You know what you can and can’t eat, and you know what you want to eat.  And you’ll do a better job of reconciling those wants and needs than any chef or product manufacturer who’s trying to “satisfy” you as quickly and cheaply as possible.

6. To hell with variety!

Seriously, who says you shouldn’t have fish two nights in a row?