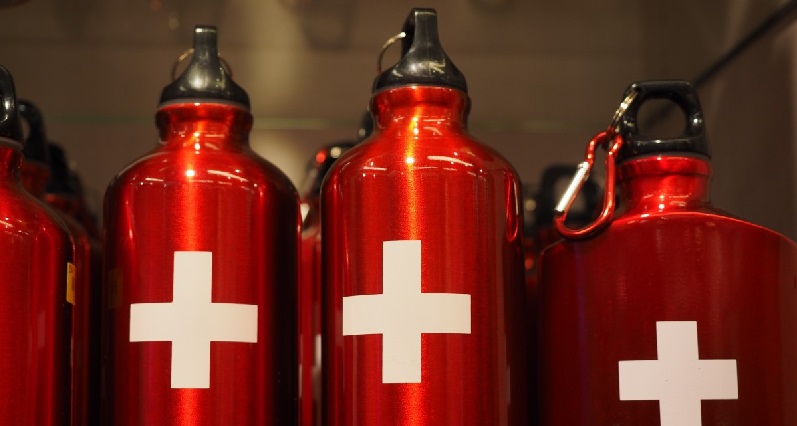 Mark was not very pleased with me.  “I was disappointed,” he wrote, “to see a piece on SIGG bottles in your September newsletter which was entirely based on misinformation which you have somehow managed to present as fact.”

He said, “I’m looking forward to seeing a retraction.”

That month, I’d written that Sigg-brand bottles, touted as a safer alternative to Bisphenol-A-containing plastic bottles, were themselves made with an epoxy liner that contained BPA!  (BPA is a hormone disruptor, restricted in Canada and some U.S. states).

I pointed out that while Sigg used meticulously-crafted wording to imply that their bottles did not contain BPA, they were too slippery to issue a simple declarative statement on the matter.  (Wording from Sigg typically referred to no “detectable” BPA – and never to the bottles themselves, but only to liquids that had been in contact with them under controlled conditions).  Earlier, the non-profit Environmental Working Group had reported that Sigg’s liners did in fact contain BPA, but later withdrew that statement after they being threatened by Sigg.

At least, that’s what I said.  Mark begged to differ.  “My background prior to starting this firm was as a news and business reporter,” he wrote.  “As a reporter, I was charged with doing research and presenting actual facts to my readers.  In today’s world it is unfortunate that bloggers like yourself – and the Environmental Working Group – who you quote in your story – are not held to the same standards.”

(For the sake of accuracy, it should be noted that I have never written a blog, nor did I ever quote EWG).

All told, the e-mail ran on for six paragraphs.  And the thing is, if you looked past the righteous indignation, the condescending references to me doing my homework, and the lecture on journalistic ethics, never once did Mark actually contradict me about the bottles containing BPA.  In fact there was not a single direct reference to BPA anywhere in the e-mail he sent me!  The main point of contention, as far as I could tell, was that I had said EWG pulled their report after being “threatened”; Mark claimed it was after they were “asked.”

I offered to print his letter in its entirety, as long as he simply clarified, once and for all, in writing: did the bottles contain BPA, or not?

Fast-forward a year.  In August of 2009, Steve Wasik, CEO of Sigg, announced in a press release that his company’s newest bottles were being made with a BPA-free “EcoCare” liner.  (In fact, production on the EcoCare liners had already begun in secret by the time Mark and I were having our little spat).  And the press release finally admitted what I, and others, had been saying all along: that the old ones did in fact contain BPA.

In the final tally, Sigg never flat-out lied (at least not to my knowledge).  But they worded things in such a way as to encourage people to believe lies.  And this strategy served them well.  Think about it: it took them only four days to dispatch one of their minions to “set the record straight” after a small, independent health food store printed some unfavorable comments in its small, local newsletter.  And yet when the websites of some of their largest retailers – including REI, Eastern Mountain Sports, and Amazon.com – contained statements that the bottles were “BPA-free,” Sigg was apparently content to let it stand, and do nothing.

On a personal note, I wrote Mark informing him that there would be no retraction.  I asked, instead, that he offer an apology.  So far one has not been forthcoming.

UPDATE: True North no longer represents Sigg.  And Sigg has since confirmed that their bottle liners do in fact contain BPA.