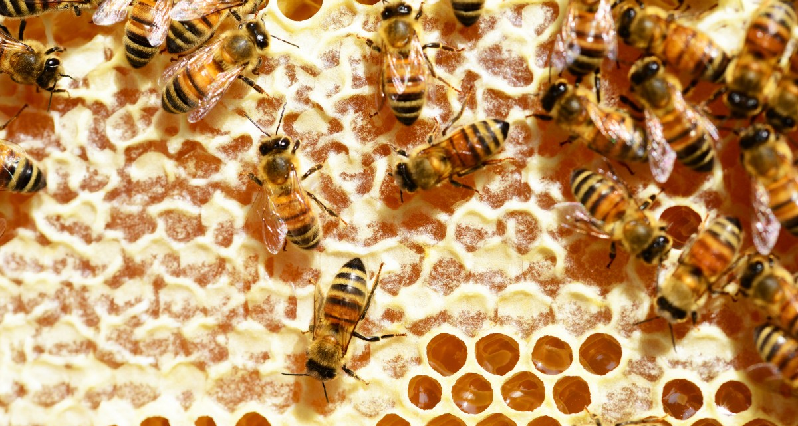 Royal Jelly is a product of the bee hive.

This is foundational in my personal repertoire.

What is royal jelly?  It’s the food the nurse bees manufacture for the sole purpose of sustaining the queen bee.  It’s the superfood that keeps her healthy and allows her to live longer and be stronger.

In “Royal Jelly in Dermatological Cosmetics,” Hans Weitgasser, M.D., a German dermatologist, wrote: “Through local application as an ingredient in face masks, cream and lotions, royal jelly has tremendous effects at the cellular level.  In regular use, the skin becomes soft and wrinkles disappear.”

Royal jelly accomplishes this by stimulating the circulatory system, delivering more food and oxygen-laden blood to nourish the skin and remove wastes from it, wrote another German dermatologist, Elfriede Kirschbaumer.  Yet another German physician, H.W. Schmidt said that “it is the interplay of all the complex factors present in royal jelly which work to preserve life and strengthen the organism, which delays the aging process and which retains for as long as possible the youthful freshness of the body, the elasticity of the mind and psychic buoyancy.”

Dr. M. Esperrois, of the French Institute of Chemistry, used royal jelly by mouth as a supplement and stated that certain ingredients in royal jelly she couldn’t identify often reversed the effects of normal aging of the skin, correcting darkening, wrinkling and blemishes.

Because I had issues with my skin, years ago I started taking a spoonful of YS Royal Bee Jelly Honey that also contains bee pollen, propolis and ginseng.  Not only did my energy increase, but there was indeed a gradual but steady and marked improvement in the quality of my skin.  I use a dollop of pure royal jelly when I make my own face cream (ask for the recipe in the supplement department).

Other researchers found royal jelly battles both bacteria and viruses.  They also found that royal jelly helps make biochemical adjustments that apparently contribute to quicker thinking and better memory, possibly because it’s rich in niacin (B3) which dilates arteries to improve blood circulation to the brain, as well as to other parts of the body.

Yet another study reported in the British medical journal, The Lancet, said that royal jelly was successful in the treatment of rheumatoid arthritis (a condition associated with premature aging).  If all this isn’t enough to make you relish that spoonful each morning, then I don’t know what is (some people take another in the evening)!

We do have a jar of YS Royal Jelly Honey combination formula so you can taste.  So buzz, buzz in you honeybee, you!