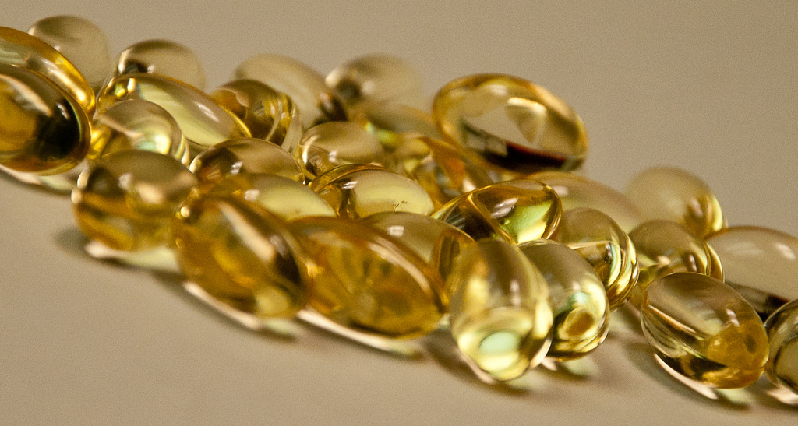 A few months ago, a controversial paper was published in a generally reputable medical journal[1], which seemingly condemned vitamin E as not only useless, but potentially dangerous.  This paper is at odds with the hundreds of other papers that have been published in hundreds of other medical journals, which seemingly confirm that vitamin E is safe and exerts strong protective effects against a variety of diseases.

It would be wrong to simply ignore the negative paper.  In truth, it represents good science – although as usual the conclusions drawn from it in the press have been oversimplified, alarmist, and way off base.

Actually, the results of the negative paper should not come as a complete surprise.  Not when we look at the specific supplement that was used, and the specific people who used it.  Does this paper condemn vitamin E?  Absolutely, beyond-a-shadow-of-a-doubt not!  Vitamin E continues to have profound benefits in health and disease.  However, the paper does raise some questions about the ways that many people use this vitamin.  And it raises an even bigger question still: what exactly IS “vitamin E” anyway?

First: What are Antioxidants?

Before we get into the research itself, it’s important to understand a little something about antioxidants, and why they’re so important.  Basically, there’s a chemical process called oxidation which damages compounds in our cells.  Compounds that are oxidized become dangerous free radicals – disruptive molecules that try to pass their oxidation (and thus, their damage) off onto something else.  This chain reaction of passing oxidation from one molecule to the next disrupts the cell, leaving chaos in its wake.

Can we ever get rid of free radicals?  No, they’re a normal waste product of burning food for energy.  But we can minimize them, by cutting back on those things which create even more, including inflammation, and exposure to smoke, radiation, toxic chemicals.  Our immune systems also use free radicals as weapons against germs, meaning people who are sick have to deal with even more oxidative stress.

Finally, you should know that antioxidants can be grouped into two major categories: water- and fat-soluble, and the difference is huge.  First, they protect entirely different tissues.  And second, water-soluble antioxidants can move around, while fat-solubles are usually “bolted down” across our cell membranes, or in droplets of fat and cholesterol.  This characteristic of fat-soluble antioxidants can be a problem (and here’s where we finally start to tie in with the new research): while used-up antioxidants are less harmful than the free radicals they quenched, they’re not entirely harmless either, and the body doesn’t want them hanging around.  This isn’t a problem with water-solubles because you simply get rid of them when they’re used up.  They’re the disposable antioxidants!  Fat-solubles, on the other hand, are stuck embedded across membranes, where they take some time to get rid of.  Meanwhile, once they’ve been oxidized, they may act like “bridges,” carrying oxidation into the cell or fat particle.

A Meta-Analysis vs. a Clinical Trial

This, I believe, is a small part of what we saw in this recent paper.  The paper itself wasn’t original research, but rather an attempt to “add up” a bunch of individual studies to see how vitamin E impacted death rates from all causes.  So the researchers looked at all the controlled trials they could find that involved vitamin E intervention and at least one year of follow-up.  Naturally, these trials dealt with people who were either sick, or at high risk of a particular disease.  They found that with over 400 i.u. of vitamin E a day, there was a 0.4 percent increase in attributable risk (or, as they chose to report, a 4% increase in relative risk).

One of the first decisions facing the authors of a paper like this is which studies to “add up,” and which to exclude.  In the vitamin E paper, the authors decided to exclude all studies where fewer than ten people died.  In other words, if you weren’t part of a group with a lot of sick people (and, presumably, a lot of oxidative stress), you weren’t counted.  Basically, they selected the sickest of a group of already sick people – the exact type who you’d expect to run into these problems with vitamin E.  At the same time, they excluded a number of positive trials that could very well have “added up” to better results for the vitamin.

What is a Vitamin, anyways?

A bigger issue with the paper was a specific problem we have with vitamin E.  But before I get into that, we need to ask the question: what is a “vitamin” anyways?  A vitamin is an organic substance which we need to get from the diet (i.e. we can’t make it ourselves), and which is essential to life.

The key here is that phrase “essential to life.”  It implies that, without the vitamin, a disease would come along and kill you, or at least stop you from having kids.  For this reason, all vitamins are defined by their deficiency diseases.  For example, vitamin C can be defined as “the substance that prevents scurvy”; vitamin B-3, as “the substance which prevents Pellagra.”  And, since 1922, vitamin E has been defined as “the substance which prevents still birth, spontaneous abortion, and fetal resorption in pregnant female rats.”  In other words, so-called “vitamin E” achieved official vitamin status for reasons that had nothing to do with human health, antioxidant activity, or protection against age-related disease.

What’s even worse is that our single-minded focus on “vitamin E” has led us to ignore a number of truly useful compounds also found in nature.  The compound which we call “vitamin E” is actually known by chemists as alpha-tocopherol.  But there are other tocopherols: beta-tocopherol, delta­-tocopherol, and gamma­-tocopherol, as well as their cousins, alpha-, beta-, delta-, and gamma-tocotrienol.  And it turns out that some of these – gamma-tocopherol and the tocotrienols especially – really do protect us from wide range of diseases.  Exactly what we’ve come to expect from “vitamin E.”  Alpha-tocopherol, on the other hand, has only specialized usefulness, in areas such as dealing with post-menopausal hot flashes, lowering the risk of Alzheimer’s disease, protecting a certain subset (about 40%) of diabetics, etc., etc., etc.  It does not appear to have any consistent protective effect on the cardiovascular system.

Furthermore, high levels of alpha-tocopherol actually displace gamma-tocopherol!  In other words, when you take traditional “vitamin E” pills, you’re protecting yourself from some stuff, while lowering your protection against other stuff.  (And forgive me for tooting my own horn here, but I wrote about this back in the March, 2002 newsletter, more than two-and-a-half years ago).

The reason we’ve always gotten such great results in all those studies of vitamin E in food, is because people were getting the full-spectrum of tocopherols and tocotrienols!  In fact, more and more people are referring to this entire spectrum as the “Vitamin E Complex.”

So, should you take vitamin E or not?

Bottom line is: I’m not going to defend high-dose alpha-tocopherol supplementation as universally safe and/or effective.  A little bit of alpha tocopherol is fine, certainly.  And in fact, the paper in question showed a trend towards a positive effect in dosages less than 200 i.u. a day – even in these chronically ill people.  But if you’re looking to supplement vitamin E above and beyond the dose found in a good multivitamin (200-400 i.u.), if you’re looking to replicate the benefits found in the studies with food, you would be well advised to look for a supplement containing high levels of gamma-tocopherol and the tocotrienols.  Products like Total E from AOR, Famil-E from Jarrow Formulas, and E-Gems Elite from Carlson Laboratories immediately spring to mind.  And if you’re in a state of chronic oxidative stress, you’d be well-advised to back up any high dose vitamin E or beta-carotene you’re taking with some water-soluble antioxidants: vitamin C, bioflavonoids, green tea, dark fruits and berries, etc.