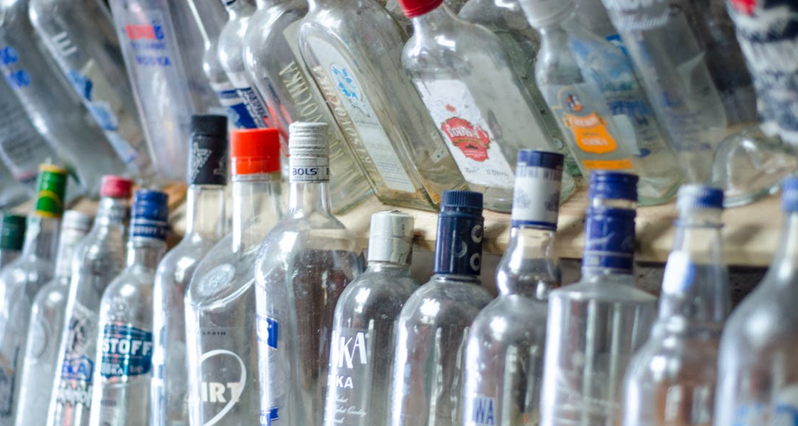 Every now and again, researchers decide to mix up some ginseng with human immune cells in a test tube, and see what happens. Inevitably, nothing happens. So the researchers conclude that ginseng is useless for the immune system. Then they publish their findings.

And every time I see this, I want to scream No, no, no – you’re missing the point! Ginseng might not have any direct activity on the immune system, but it does dampen the stress response. And as we all know, stress compromises our immunity. Give ginseng to a living, breathing, person, a person who actually experiences stress, and you will see results.

Last winter, a research team from Canada did just that. They gathered 279 people, aged 18-65, who had suffered through at least two colds the previous year. These people were then randomized to receive either two capsules a day of an extract of American ginseng (Panax quinqefolium) or placebo for four winter months. Over these four months, 22.8% of the people on placebo got at least two colds, vs. only 10% of the ginseng users. Furthermore, the ginseng group had milder symptoms, and got well nearly six days faster.

Most people view the herb kudzu (Puereria lobata) as one of two things: a thickener to take the place of cornstarch in recipes, or an invasive weed running rampant across the American South. But there’s a third use, relatively unknown until recently: kudzu appears to strongly reduce cravings for alcohol.

Last year, researchers out of McLean Hospital in Belmont finally tested kudzu on humans. Fourteen people in their twenties who normally had 3-4 drinks a day were placed in a “naturalistic laboratory setting” (basically, an apartment), and allowed to watch T.V. and drink beer at will for an hour-and-a-half after work. For one sitting, they were given a capsule of concentrated kudzu extract; for another, they were given a placebo. While taking the kudzu, the subjects drank an average of 1.8 beers vs. 3.5 on the placebo. People also drank slower on the kudzu. There were no side effects.

How does kudzu work? Well, nobody knows for sure, but it’s interesting to note that a compound found in kudzu, puererin, is used in Japan to increase blood flow to the brain. One theory suggests that kudzu works by sending alcohol to the brain faster, so that people get the “I’ve had enough feeling” with less booze.

My old epidemiology professor was the lead author on this study. And if I was still in her class now, I guarantee the first thing she’d point out about her findings is that they’re not conclusive – just because two things are linked doesn’t necessarily mean that one of them causes the other…

That being said, this research is too fascinating, too groundbreaking to ignore.

582 women with breast cancer were compared to 1,569 women without breast cancer, and then their mothers were asked to fill out a questionnaire about what the daughters ate as preschoolers. It turned out that eating French fries just once a week between the ages of 3-5 increased a woman’s lifetime risk of breast cancer by 27%, even after these figures were statistically corrected for all other known risk factors. (The only other food associated with breast cancer was whole milk: a glass a day was linked to a 10% decreased lifetime risk. This may or may not be relevant to modern, hormone-laced milk).

There’s an old saying that if you get cancer at 70, chances are whatever caused it didn’t just happen at age 69½. Health decisions, even in infancy, have a profound impact on our lives 4, 5, even 6 or 7 decades later.

For years now, we’ve known that the leaves of the Ginkgo biloba tree can increase circulation to the extremities, such as the fingers, brain, sexual organs, and ears, making it useful in Raynaud’s Syndrome, certain forms of dementia, erectile dysfunction of organic origin, and some cases of tinnitus. Now, two researchers at Boston’s Brigham and Women’s Hospital have published intriguing new evidence linking this herb with a strong protective effect against ovarian cancer. In fact, women who had taken ginkgo for at least six months at any point during their lives were a full 60% less likely to develop ovarian cancer than those who hadn’t.

Of course any time research like this comes out you have to ask yourself, is it the ginkgo that’s doing it, or is it simply that people who take supplements are more health-conscious in general? Well, the paper’s authors also followed the use of other supplements: St. John’s wort, echinacea, ginseng, and chondroitin – all of which might be linked to greater “general healthfulness” – and only the ginkgo seemed relevant.

How, or why, ginkgo is linked to ovarian cancer prevention is still unclear

Colicky babies are miserable babies, unable to communicate their pain any way other than screaming, screaming, and screaming some more. Which makes for miserable parents as well. And most parents (and their babies) simply suffer through it, waiting the seemingly endless months until colic passes.

A recent study out of Italy, however, tried to see if we might speed the process. 46 breast-feeding infants with colic, from three weeks to three months old, were given either simethicone (the standard treatment for colic in Europe) or a natural supplement containing probiotic bacteria – the “friendly” bacteria that live in our guts. The rationale here was simple. These probiotic bacteria normally live in our guts, where they help us digest food and control gas. And colicky infants are known to be low in these bacteria. Giving colicky infants probiotics, then, seemed to make sense.

But would it actually work? As it turned out, yes, dramatically so.

In the trial, the researchers used a particular strain of probiotic bacterium called Lactobacillus reuteri, at a relatively low dose of 100,000,000 lives cells per day. It remains unclear whether other probiotics, or a probiotic combination, might not be as effective, or even more so.

And the Olive Oil?

A group of researchers recently identified a compound in olive oil called oleocanthal, which appears to be every bit as effective as ibuprofen as a painkiller. Of course only a small fraction of olive oil is oleocanthal. So how do you tell how much oleocanthal your olive oil has? As it turns out, when ibuprofen goes down, it leaves a spicy, stinging sensation in the throat; when you’re olive oil does the same thing, that means it has plenty of oleocanthal. So next time you want anti-inflammation from salad dressing or scampi, look to strong-flavored premium brands such as Bariani.

A quarter-cup of average extra-virgin olive oil contains the equivalent of about a tenth of a standard adult dose of ibuprofen. Doubtless we’ll soon see strong, standardized extracts of olive oil marketed as supplements.