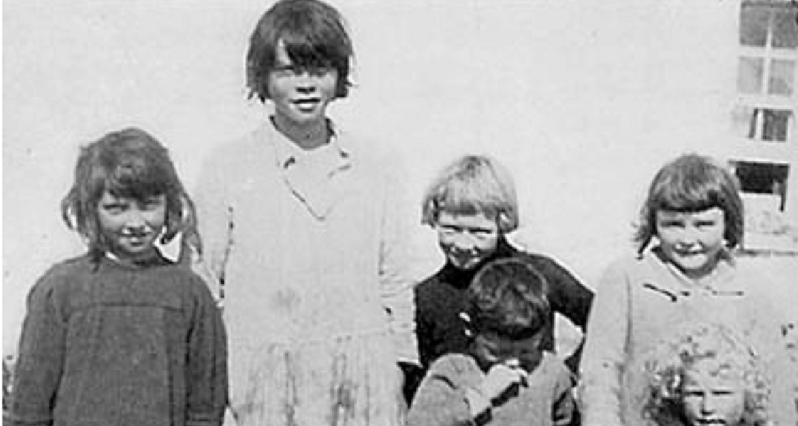 In the early 1930’s a dentist named Weston Price traveled to Switzerland to disprove a theory. At the time, most people believed that tooth decay and other dental problems had nothing to do with diet, but rather, with “race mixing.” The theory was, if your mom was Spanish and your dad was Irish, you’re teeth would come out funny. Price, on the other hand, believed it had everything to do with nutrition. 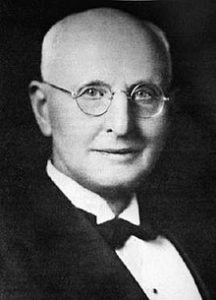 So he traveled to the isolated Loetschental Valley in Switzerland, where 2,000 men, women, and children farmed and ate the way they had for centuries, an arduous three days’ journey from the nearest processed foods. He counted cavities and other tooth problems in the valley, then compared these numbers to statistics from the city of St. Moritz, where Swiss people ate highly processed (refined and denatured) foods. The contrast was striking: the city-dwellers had 20 times more cavities than the valley farmers.

Over the next few years, Price traveled around the globe, expanding his research to include not only dental problems but tuberculosis, differences in facial bone structure, and birth defects. And the results were uniformly striking. As soon as people got their hands on white flour and sugar, things got dramatically worse.

Perhaps the most striking survey looked at the populations of four islands off the north coast of Australia. One island had gotten a store (and thus, junk food) 23 years previously, the second had gotten its store more recently, the third had gotten its store more recently still, and the fourth had gotten its store right before Price arrived. On each island, Price was able to correlate the store’s arrival with a dramatic increase in birth defects. These weren’t just overt birth defects, either, but subtler things like susceptibility to infection, physical strength, irritability and violent behavior. On top of it all, Price maintained, the kids raised on junk food weren’t as good-looking as the kids raised on health food.

(I’ll be the first to admit that these observations may not have been wholly objective. They certainly weren’t the “gold standard” double-blind, placebo-controlled intervention trials we insist upon today. Nevertheless, if you read Price’s book, still in print now more than 65 years later, you can’t help but be convinced. The book is called Nutrition and Physical Degeneration.)

It didn’t matter where in the world Price went, or what the indigenous peoples traditionally ate. Whether it was the shellfish, fruit, and tubers of Pacific islanders; the raw milk dairy and whole-grain rye of the Loetschental Swiss; the caribou, seal, and summertime berries of Canadian Eskimos; or the meat and tubers of the East African tribes – traditional, whole foods diets were health-promoting; refined and pasteurized foods, health-destroying. And the biggest difference was seen in the children.

The point I’m trying to make here – as far-fetched or even fanatical as it may seem – is that good prenatal and infant nutrition isn’t just about getting 100% of the minimum Recommended Daily Allowances to prevent overt birth defects. It’s about total, holistic wellness which can, I believe, create adults who grow up smarter, stronger, healthier, better-looking, and happier – in short, everything we would wish for our children.

This article will not be a comprehensive vitamin-A-through-Zinc catalog of nutritional requirements, listing off what each and every one of the vitamins and minerals are needed for. You can find that information elsewhere. And besides, if you take a good prenatal multivitamin, you’ve pretty much got that covered, so you won’t need to think about it. This article is about all the stuff beyond the multivitamins.

We need to rethink prenatal nutrition in two ways: 1) it should start before pregnancy; and 2) it should involve the man as well. The first part should be fairly obvious. As for the second part, I can’t cite a whole lot of research. And certainly, the woman does bear the bulk of the responsibility here. But I can’t imagine that a diet of pesticide-laden junk food will do anything to improve on a man’s genetic contribution to his offspring… Guys, just eat healthy. I mean, why not? 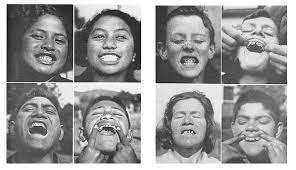 Fish oil supplements should be taken before, during, and after pregnancy. Simply put, they make the baby come out smarter. There’s good research here. (Granted, “smarter” for a twelve-month-old or a four-year-old may or may not translate to “smarter” when you’re in your mid-20’s. But it probably does). Beyond intelligence, maternal fish oil supplementation appears to lower the risk for developing allergies and autoimmune diseases. It appears to improve birth weight and visual development as well. Plus, lower levels of fish oils in the bloodstream of new mothers seems to be correlated with an increased risk of postpartum depression. I’d try and take at least 3 grams a day of omega-3’s (combined EPA and DHA) from fish oil. Make sure to buy a brand that undergoes extensive processing and quality control testing for mercury, PCBs, and other contaminants. If you are vegetarian, there are algae-derived DHA supplements which help. Flax oil is also an option, although it will not be as effective.

After birth, breast feeding is the best if you can manage it. And please note: all the nutritional advice for pregnancy is just as applicable when your child is nursing! There are quite a few herbs that are supposed to increase milk flow, but the two most tried-and-true appear to be fenugreek and blessed thistle. A standard dose of fenugreek is around 1,500-2,000 mg a day; a standard dose of blessed thistle, about 1,000. Other than the occasional upset stomach, fenugreek is quite safe, although some women report it makes their perspiration smell like curry or maple syrup. Blessed thistle is quite safe as well. Like fenugreek, the #1 side effect appears to be an upset stomach. Neither herb should be consumed while actually pregnant, however.

There are two foods that should be avoided during the first few years of life: soy and dairy. The soy part is still pretty controversial, and I don’t have the space to get into the whole issue right now. Suffice it to say that there is some evidence that large amounts of soy during early childhood could somehow mess with development. Until this controversy is resolved, I’d make soy a once- or twice-a-week thing at most, rather than an everyday thing.

And dairy – at least cow’s dairy – I’d avoid completely for at least the first two years. There are three pieces of evidence which, when added up, make a compelling case that dairy too early in life can greatly increase the risk of developing type I (insulin dependant) diabetes: 1. Dairy consumption during infancy has been correlated with an increased risk of the disease. 2. Test tube evidence has shown that a certain component of cows’ milk can trigger the immune system to attack and destroy the insulin-producing cells of the pancreas, just like what happens in type I diabetes. 3. Finally, an infant’s gut is “leakier” than an adult’s, making it easier for proteins to be absorbed whole into the bloodstream, where they can trigger an immune response…

And finally, let your child play in the dirt! As much as this might go against conventional fears about germs, it’s important that your child’s environment isn’t overly sanitized. There’s very good evidence that early exposure to germs, especially certain bacteria, helps protect children from developing allergies, and possibly autoimmune diseases later in life. Besides, playing in the dirt is fun!