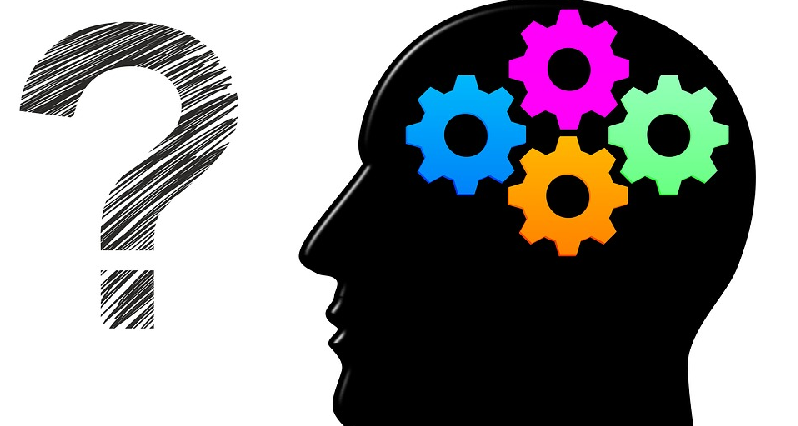 Natural medicine does not offer a one-size-fits-all quick fix for focus and attention. We don’t have a “natural Ritalin™” that works in a few minutes, for almost everyone.

As the truism goes, everyone is different. One distracted person may simply be sleep-deprived. Another may be anxious. A third may be dealing with a sensory-integrative disorder, or apathy, or compulsive thoughts. Or food allergies. Or they may be bored by the subject matter. Or, they may actually be “hyperactive.”

So, as the other truism goes, we treat the individual, not the illness.

And for this reason, it is well beyond the scope of this article to go into the level of detail we could, perhaps should. Nevertheless, here are a few suggestions to get you started.

Sleep! Perhaps nothing in our daily lives will impact our ability to focus more than a bad night’s sleep. If you need more help, come on in, speak with us, or grab our handout on the subject.

Take Breaks: When I was a student, the computers at my university used to prompt us to take a 5-minute break after 55 minutes. Not a bad idea. Whatever you do to break the intensity and monotony, do it. This doesn’t need to be anything big. Sure, a hike to the mountaintop would be nice. But a walk down the hall and back again is usually sufficient. Let your mind decompress, or sidestep the stress, for just a few minutes. Listen to a song with your eyes closed. Play a game on your cell phone.

Burn Off that Energy: My coworker, Jay, who has a (very down-to-Earth) spiritual counseling practice outside the store, speaks eloquently of “physicality built into the schedule,” especially for a certain kind of child with focus issues. “I’m thinking of the people who are naturally physical – they’re always moving – they can’t sit still.” Burn off a little energy in the morning, and you might find more focus in the evening.

This concept was first brought to national attention in the 1970s when Benjamin Feingold, Chief of Allergy for Kaiser Permanente, reported that artificial additives contributed to hyperactivity in many of the 2,000 children he had worked with.

Since then, a number of trials have explored the Feingold Hypothesis. Unfortunately, most of these have been plagued by poor – often shockingly poor – study design[1]. This has been complicated further by the fact nobody can agree on a precise definition of “food additives.” (Are they just artificial colors and flavors? Or should we also explore sugar? What about healthy foods like wheat, soy, and dairy that may be a problem for some people?)

Results from all this research have been mixed – some positive, some negative. This shouldn’t be surprising. Results are mixed for almost everything we study, especially when it comes to behavioral medicine.

What is surprising is how readily the mainstream medical community has embraced the negative trials, and how easily it has overlooked the positive ones.

I really hoped this would change after 2007, when we finally saw the first “gold-standard” study to test the Feingold Hypothesis, conducted under the auspices of Britain’s Food Standards Agency, published in the Lancet, and covered in major news outlets around the globe. 297 children prone to hyperactivity (ages 3 and 8/9) were randomized to receive one of two drinks made with a variety of common artificial colors plus a preservative; or a placebo. Within minutes, changes in behavior were recorded for the children consuming the artificial drinks, not the placebo. These changes lasted for a number of hours. The study strongly and unequivocally concluded that food additives were a problem.

Now, the EU requires a warning on all foods containing these additives, to state they “may have an adverse effect on activity and attention in children.” Meanwhile, in the U.S., we continue to talk about “no solid evidence” – if we talk about it at all.

Not all children (or adults) will respond negatively to the same additives. To play it safe, why not just cut out the artificial colors and flavors? Or you can try to drink a few large glasses of Kool-Aid and see what happens.

As for the possibility that healthy foods, like wheat, corn, dairy, eggs, and chocolate could be triggers, it’s a little harder to test. Generally, these foods create changes over the course of weeks, so they’re harder to pin down in a day or two. My suggestion: if you fear that foods are triggers (and I’d be especially concerned about wheat and dairy), try an elimination diet for three weeks where you completely cut them out. Then, re-introduce them, one at a time, in large doses (i.e. three large glasses of milk; a big plate of spaghetti). If these foods are problems, the changes should be more obvious after a three-week washout period.

Chewing Gum (and listening to music, doodling in your notebook, and twiddling your thumbs maybe?): some of the best research I’ve ever seen on improving academic performance in school-age kids has been where one math classroom got to chew gum, and another didn’t. After a few months, the gum-chewers performed significantly better in a variety of ways.

The study wasn’t able to conclude why we saw this benefit, but I have a theory. Sitting quietly in a chair doing nothing but listening can be terribly boring. Chewing gum is what I call a centering micro-distraction. Something to semi-subconsciously occupy your mind just enough that you don’t seek out larger distractions such as full-on daydreaming.

A study published in the Journal of Attention Disorders in November, 2013 is particularly illuminating. 90 children with attention deficit disorder, ages 6-13, were randomized to receive either omega-3 fish oil or placebo, daily for a year. At the end of the study, the kids taking fish oil did not see a significant improvement in mood, behavior, or academic performance.

Obviously, this would suggest that the fish oil doesn’t work. However, when the researchers blood-tested the kids, it turned out only some of those taking the omega-3s actually had increased blood levels. And these kids did show significant improvements in attention, literacy, and parent-evaluated behavior. In other words, fish oil works. But it only works when it… works.

So, when does it work? Sometimes, it’s a crapshoot. But I reach for fish oils especially when the diet is heavier in “bad fats” – fried foods, poorly raised animal products, and lots of generic vegetable oil. I reach for them when there’s quickness to temper, impulsivity, and lowered or variable mood. I especially reach for them when there’s anything sensory-integrative going on (think dyslexia, and its cousins).

But which fish oil? There are two important components in fish oil, abbreviated EPA and DHA. Without getting into too much depth, let me just say that, while DHA is more important in developing the brain (prenatally, and in infancy), EPA is by far more important in managing the brain – despite earlier reports to the contrary. I shoot for a minimum of 1,000 mg EPA for children over age 5, and 1,500 mg for adults.

Liquid or capsule, it doesn’t matter. For kids, the liquids are perfectly fine tasting – and you can easily put them in a delicious blender smoothie with plenty of fruit and protein. You can also try the truly delicious (truly!) fish oil “swirls” from the Barleans company, in our refrigerator. Come in for a sample.

You can get these healthy omega-3s from sources other than fish. There are vegan alternative, although they’re a little pricier. You can also take krill oil, which delivers the same EPA and DHA in more absorbable forms, so you can fewer, and smaller pills.

Sugar vs. Protein, and the Glycemic Index: The glycemic index is a measure of how quickly foods spike your blood sugar. If you know a kid who gets hyper, or an adult who gets tired, it’s worth spending a little time getting to understand the glycemic index (just Google it). You’ll learn why fruit juice is worse than fruit – and why cheesecake may be better! You’ll also understand why dessert after dinner may not be so bad, but sugary cereal for breakfast is the worst.

Very long story made very short: when you eat something high-glycemic, your blood sugar spikes. You tend to get hyper. Within an hour, the body overcompensates, and brings your sugar too far down. Now you’ve got low blood sugar, low energy, and irritability. Plus you’ve stored those calories, raised your cholesterol, and increased your risk of heart disease. Eating three solid meals a day, each with substantial protein, fat, and fiber is the answer. Start the day with scrambled eggs and vegetables, oatmeal with nuts and seeds, or a solid protein smoothie. See what happens.  Next month, herbal and nutritional medicine.

[1] What is poor study design? For example, using a chocolate chip cookie as your “placebo” food, despite protestations that the wheat, corn, soy, dairy, egg, and chocolate in said cookie may also be triggers. Reporting “no benefit” because benefit was not obvious to clinicians in a lab setting – despite parent and teacher evaluations noting significant improvement. And allowing your study to be sponsored by both Coke and Pepsi. Admittedly, the latter is not necessarily about study design. But it’s sure kind of funny.