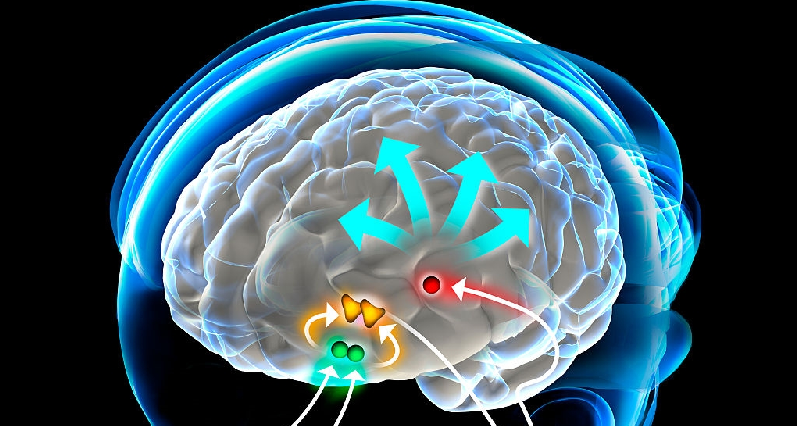 Melatonin is a hormone produced in the pineal gland at the base of the brain. We can also get it in supplements. When light hits our eyes, we shut down melatonin production; when it’s dark out, we start making it again. Melatonin synchronizes our wake-sleep cycles to the cycles of light and dark/night and day. It tells us when to sleep.

Melatonin is what biologists call “highly conserved,” meaning that even as species have evolved, the gene for melatonin has not.

Something has to be pretty useful, biologically speaking, for species to hold onto it for millions and millions of years, through the myriad divergences of evolution. And melatonin is produced by everything from microscopic algae to amphibians to primates. In all of these, it regulates the response to light and dark, sometimes in very different ways. So, in some species of amphibians, it regulates the instantaneous shifts in their camouflage. In arctic foxes and rabbits, it regulates whether they’re white (winter) or red (summer). In animals with seasonal breeding pattern, it regulates libido. In hibernating animals, higher daily melatonin begins to signal it’s time to make for the burrow, or the cave.

In people, melatonin signals that it’s time for sleep. But “time for sleep” is more than just a time to shut the eyes and enter the REM cycle. Sleep is the time when the body shifts its resources away from the alertness and gross physical activity needed to navigate the external environment, and towards the cellular maintenance and repair of the internal environment. So unlike other sleep supplements that just relax you or knock you out (which may lead indirectly to rest and repair), melatonin sends the rest and repair signal directly. It’s not surprising, then, that melatonin appears to exert protective effects against a variety of diseases.

The research is still in its infancy – very little of it is conclusive yet – but it’s tantalizing nonetheless. There’s evidence that melatonin may protect against Alzheimer’s, cancer, and the manifestation of a variety of personality disorders. Melatonin may improve immunity. Melatonin may reduce migraine and cluster headaches. There have been a number of small human clinical trials with terminal cancer patients, where melatonin at the high dose of 10-20 mg a day has doubled survival time.

And serotonin is produced from a precursor called 5-HTP, which is in turn produced from the amino acid tryptophan. One way to raise nightly melatonin is to take supplements of 5-HTP or tryptophan, especially if there’s an underlying feeling of agitation or discontent. It’s also worth noting that melatonin is produced from serotonin using vitamin B12. Every once in a blue moon, I run into someone whose sleep problems can be fixed by addressing a vitamin B12 deficiency. After a month of B12 supplementation, they can sleep normally again. As a rule of thumb, anyone whose sleep problems developed a few months to a few years after going strictly vegetarian should explore the B12 option.

Another way to increase your night-time melatonin may be to decrease your early morning melatonin. Daily exposure to bright light for fifteen minutes upon waking can sometimes help reset the clock. Remember, we don’t necessarily want more melatonin, but rather a better regulated cycle of melatonin-on at night/melatonin-off during the day.

When it comes to sleep, other, more directly sedating supplements tend to work more consistently. But I like to recommend melatonin first to people who are dealing with an uncomplicated insomnia, because when it does work, it has all those side benefits as well. It’s especially useful for people trying to “reset their clock” – night shift workers, or people with jet lag. It’s very safe (not habit-forming) although, obviously, if you take too much, or at the wrong time, it can cause drowsiness. And people who get very dizzy upon standing may want to be cautious about using melatonin. Occasionally, people will also get vivid dreams from it (which isn’t necessarily a bad thing). Finally, anyone reading very outdated information about melatonin might come across the statement that it’s extracted from the brains of cows or sheep. Nobody’s done that in decades.

It’s hard to talk about a “standard” dose of melatonin for sleep, although most people use anywhere between 0.3 and 3 mg. I generally recommend 1 mg to start with.