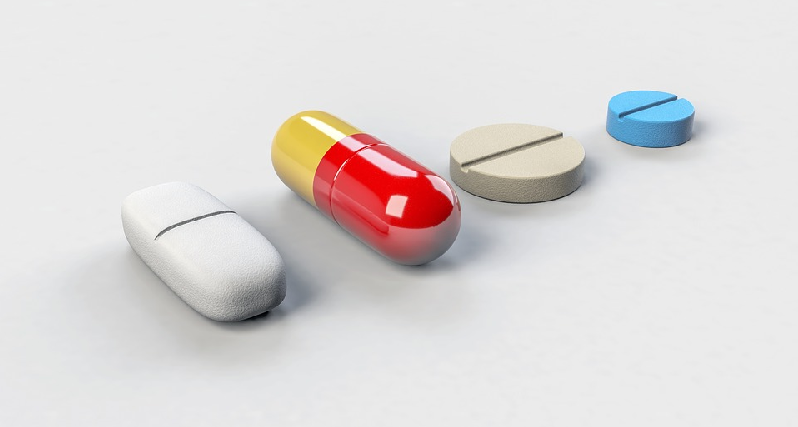 Magnesium stearate is a common additive in many tablets and capsules.  Some people claim it is toxic, and interferes with immune function.  Others say it’s actually good for you!  We get to the bottom of this controversial fat.  Spoiler: it really isn’t controversial when you actually look at the science.

I’ve avoided the topic of magnesium stearate for years, hoping it would go away on its own like other conspiracy theories.  But it has been more than a decade now since I first heard someone say this additive was “toxic,” and “synthetic” and “blocks the absorption of your nutrients.”  And people are still saying it.  And they’re saying it louder and louder.

What is magnesium stearate?  And why is it in my herb and vitamin pills?

Before they’re assembled into pills, most supplements and drugs exist in powder form. And as those powders travel through the pill-making machines, they can clog and clump, and gum up the works. Magnesium stearate is added to the powders to keep them flowing smoothly. Of course it is possible to make pills without magnesium stearate, but it’s harder, it takes longer, and it costs more.

Magnesium stearate itself is a compound made by combining two different substances: the mineral magnesium, and the fat, stearic acid. Magnesium, as most of us know, is an essential mineral that most of us can use more of. The list of benefits associated with magnesium could fill pages, but let’s start with bone health, heart health, blood pressure, and muscle tension.

Stearic acid, as some of us know, is a natural fat found in cocoa, beef, cashews, olive oil, poultry, and grains. Stearic acid isn’t especially beneficial — generally “neutral” is probably the best word to describe it — although it does appear to slightly reduce heart disease risk as part of the diet.  It certainly isn’t harmful.

So, magnesium stearate is basically a source of beneficial nutrients.

Let’s do the math.

Now, of that magnesium stearate, about 7% of it is magnesium, or 70 mg. Considering the recommended daily value is 200 mg.  And many, many recommendations call for much more than that.  So, even if you don’t want magnesium (and again, I’m going to argue that you do!) you’re not getting very much at all from the mag stearate in supplements.  .

The other 93% of that magnesium stearate is stearic acid. Again, doing the math — and again, assuming you’re taking 100 pills a day — you’d getting 930 mg of stearic acid a day.  That’s less than a gram of fat. You get that much stearic acid from a single ounce of cashews, or a 1/4 of an ounce of 65% dark chocolate. To think of it another way, you’re getting as much stearic acid in a single 3-ounce chocolate bar as you are in 1,200 standard capsules.

And we see study after study showing stearic acid is lies somewhere between heart-neutral and actually heart-healthy.  I won’t list them.  You can find dozens of them on PubMed.  So, what’s the problem?

Well, according to at least some self-styled “experts,” the following are the problems:

However, the study that is cited, and cited, and cited again (and there’s only one, and it was published 24 years ago) has absolutely no bearing on real-world Immunology.  This study found that a combination of stearic acid and two other things hurt T-cells, but not B-cells, in heavy concentrations, in a test tube.

This is something everyone with even a rudimentary understanding of cell biology understands. Since 1990 there has not been a single trial, in vivo or even in vitro, which suggests any harm to the immune system from magnesium stearate. At least I haven’t been able to find one. Neither, it seems, can any of the mag stearate detractors when challenged to support their claims.

And again, even if it did harm the immune system — which, I promise you, it really doesn’t! – you’re probably getting less stearic acid from a bottle of pills than you are from a single ounce of cashews.

This one has just enough truth in it to be dangerous. Yes, there have been a number of studies showing that magnesium stearate (and other stearates) (and complex mixtures containing stearates) can slow down the rate at which a tablet dissolves.  Sometimes. In some situations. However, I am unaware of any studies that show impaired absorption of those nutrients.

And anyone claiming to be a scientist or a journalist who conflates dissolution with absorption is either ignorant, or deliberately misleading, or both.

Generally, things that break down more slowly don’t spike blood levels as dramatically, but they tend to maintain steady, consistent blood levels over longer periods of time.  That’s the logic behind time-release tablets and capsules.  Moving past logic to actual science, a number of studies have been conducted to examine total absorption of drugs prepared with stearates (in much higher levels than you’d see in supplements, added deliberately to slow tablet break-down). Stearates did not decrease total bioavailability.

No. Not only is this untrue, it is chemically impossible: if it’s saturated, it cannot be trans.  Ask your friends who studied chemistry to draw you a picture!

Claim: Magnesium Stearate contains stearic acid, which comes from beef and sheep, so it’s not vegetarian.

While stearic acid is found in animal fats, the vast, vast majority out there in pills is from vegetarian sources.  This isn’t just a kindness to vegetarians.  The plant-derived stuff is simply cheaper.

Claim: Magnesium stearate contains stearic acid, which if not from animals, is produced by the process of hydrogenation. And hydrogenation is bad because it uses toxic metals which leave residues in the finished product.

This sounds like a legitimate concern. But the contamination left behind is largely theory. Stacked against theory and suspicion is lab testing: legitimate supplement manufacturers test for heavy metals.

Claim: Magnesium Stearate will accumulate in your colon and clog it up and sort of “shellac” it over so you can’t absorb anything.

I don’t even know where to start with this one. Maybe, because people think it’s waxy, it’ll somehow accumulate…? Yes, magnesium stearate might wax your car nicely.  But it won’t wax your colon.