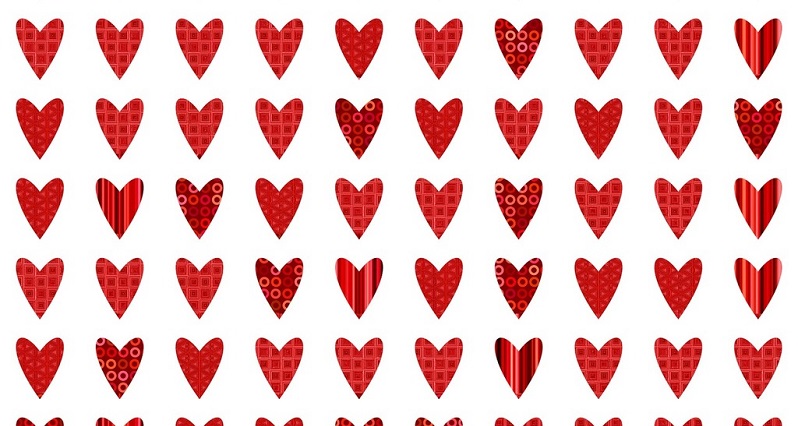 Well, it’s that time of year again, that most intimate of holidays.  After the December hustle and bustle of shopping for gifts and returning gifts, and putting up lights and taking down lights… it’s finally Valentine’s Day, where all you have to do is brush your teeth.  Anyway, this is as good an excuse as any to write about natural sexual enhancers, so here goes.  I truly hope that this topic does not offend anyone.  If it does, I apologize.

I also want to apologize to the women.  I tried, I really did, to research this for both sexes.  But there is so much more out there on the men.  Sure, there are social, economical, and physiological reasons for this bias, but it’s still kind of frustrating.  But wait – I did find a few things, including one very impressive tidbit I’m saving for the end of the article.  As for the men, my problem was keeping it under ten pages.

First, the basics: if your libido or sexual function is flagging, you should look at your general state of health.

Eat a balanced whole-foods diet, get some exercise and a good night’s sleep, quit smoking, and relax.  Check all your medications with a pharmacist, not just the prescribing doctor.  Loss of libido is a common side effect with antidepressants (which kind of defeats the purpose), and birth control pills (which makes them even more effective).  Men: rule out a zinc deficiency.  Women: loss of libido and sexual function is a very common menopausal symptom.   Taking supplements for menopause can be a big help.  There isn’t enough space to go into this whole issue here, but there are supplements that work.  Grace says she’s been getting the best feedback on Progesterone cream.  Some books suggest taking 800-1200 i.u. of vitamin E daily to increase lubrication.  And there’s actual lubricant as well, which we also sell.

Good cardiovascular health is very important for men.  Hardening of the arteries effects all the arteries of the body, including those that feed the penis.  Smoking and uncontrolled diabetes can be especially problematic here.

Since general health is so important, it’s not surprising that the adaptogens can be very effective sexual tonics.  And indeed there are studies showing the effectiveness of Panax Ginseng, Ashwagandha, Reishi mushroom, Suma (“Brazilian ginseng”), Royal Jelly, Antler Velvet and the Chinese herb, Schizandra.  If your loss of libido is secondary to a general fatigue, simply pick any two of these and try them for at least a month.

Beyond the general adaptogens are the herbs that seem to focus more specifically on sexual function.  For example, there was a study on Muira Pauma (a.k.a. “Potency Wood,” Ptychopetalum olacoides), with 262 men complaining of loss of libido and erectile dysfunction (ED).  Within two weeks, 62% of them reported that the treatment had a “dynamic effect,” while 51% of the men with ED reported benefit.

A meta-analysis on the herb Tribulus Terrestris (“puncture vine”) is equally impressive.  There were 212 male patients with various disorders of libido and sexual function in three separate studies.  The analysis authors conclude: “It restored and improved libido in all forms of [sexual dysfunction] after the administration of a mean daily does of 1.5 g for 30-40 days.”  In another study, tribulus was given to healthy male rats.  After 30 days on the herb, female rats were introduced to the cage for 15 minutes, during which time the researchers counted the number of “mating events.”  This was repeated after 45 days, and again at 60 days.  There were 13 “events” (per ten rats!) at 30 days, and 71 “events” after 45 days.

So that’s tribulus and Muira Pauma.  The point is, there are similarly impressive studies on a half-dozen other herbs.  (I think the next big one is going to be the herb Zhallou.  Right now, there a couple of clinical studies out of Lebanon which look very promising).  Perhaps more importantly, there are dozens of herbs out there that haven’t been studied scientifically – yet – but which have been used safely and effectively for thousands of years, and you can bet that they work, too.  Rather than pick just one, I think that the best way to go is with a formula.  And formulas can be divided into two categories: those that contain the herb Yohimbe, and those that don’t.

Yohimbe is probably the closest thing we’ve got to an “herbal Viagra.”

While some studies show that yohimbe needs 2-3 weeks to start working, many men swear by it taken 30-90 minutes before they need an erection.  Yohimbe increases blood flow to the sexual organs and psychological arousal in both men and women.  It has been demonstrated effective against ED with either a physical or a psychological basis.   Our friends at Cambridge Naturals say that straight yohimbe is their best-selling sexual enhancer.  Yohimbe contains a chemical called yohimbine which has actually been approved by the FDA to treat erectile dysfunction.  Yohimbe is also not an herb to be taken lightly.  If you have a heart condition, high blood pressure, or a history of psychotic episodes, you should not take yohimbe ever.  For normal, healthy people, it’s probably just fine, but you should still start experimenting with smaller doses.

Some people report that Yohimbe increases aggressive behavior.  That’s why it’s contraindicated in individuals with a history of psychotic episodes.  Even without the history of psychotic episodes, you might be more easily annoyed, more likely to get upset at your partner or have a fight over some little thing.  I’m not trying to imply that yohimbe will turn your Valentine’s Day into an incident of domestic violence, of course.  Millions of people use this herb and enjoy it.  As with any nutrient, herb, or medication, some people are effected more strongly than others.  Just watch yourself and be aware.

Anyway, back to formulas.  Among the yohimbe-based formulas, Male Factors from the Source Naturals company is our most comprehensive.  It has vitamins and minerals, as well as over a dozen herbs and then a medium amount of yohimbe.  Plus, the recommended dose is three pills, so people can take one or two if the want a little less.  For non-yohimbe-based formulas, we carry the Tribulus Complex from Jarrow Formulas, Viramax from Soloray, and something called “Betterman” which can also help with prostate enlargement.

The amino acid, L-Arginine is another supplement that some men use “as needed.”  L-Arginine is a precursor to the neurotransmitter nitric oxide (NO), which mediates arousal and, more importantly, erection.  NO dilates the arteries which allow blood to flow into the penis, while at the same time slowing the flow back out.[1]  This is one supplement, then, that acts more mechanically than psychologically.  Linda Rector Page, author of the natural health bible Healthy Healing, recommends 3,000 milligrams 90 minutes before you want it to work.  L-arginine may also increase male fertility.

DHEA is a supplement that both men and women can use.  It’s the raw material from which hormones like estrogen, testosterone, and adrenaline are made.[2]   People laugh about teenagers and their “raging hormones.”  Well, DHEA can put some of that back in your life.   As levels of circulating DHEA decline with age, levels of these other hormones decline along with it.  It’s earning a reputation as a real “fountain of youth” supplement.  The feedback on this product is often tremendous.

Since DHEA raises the levels of certain hormones, there’s some concern that DHEA could raise the risk of certain hormone-related cancers, even though there’s never been a study which shows this.  DHEA should probably not be used by young people.  Older folks would be wise to take only enough DHEA to bring their levels back to young-normal, instead of trying to become superman or woman.  You can have your DHEA levels checked by a doctor.  It’s a quick and easy saliva test – no needles!  Or if you’re getting well into middle age and want to try it, maybe start with a lower dose like 10 mg.

Wild Oats (Avena Sativa) has a strong reputation as a sexual tonic.  Susan Weed writes in Healing Wise: “Avena’s effects are not specifically aphrodisiacal.  Instead, oats and oatstraw nourish the nerves, so you receive more pleasure from touching; the glands, so your juices are on the move; your heart and blood vessels, so blood can circulate freely to the pelvis; and your ability to be intimate with others, so your love-making is deeply satisfying.”  Other herbals refer to wild oats as a “nerve tonic,” “glandular rejuvenative,” and a specific for “nervous debility.”

The Institute for the Advanced Study of Human Sexuality conducted a study on wild oats in healthy women.  I wasn’t able to track down the actual study so there are a number of details I can’t give you, like how much wild oats they took, or for how long.  But here’s what I do know: according to the researchers, taking wild oats led to a “dramatic increase in the incidence of multiple orgasms among healthy women.”

[2]To get to testosterone, DHEA is first converted to the intermediate substance Androstenedione, which is in turn converted to Testosterone.   Andro itself is also available as a supplement.  It’s popular with bodybuilders, who claim that it improves “focus” during workouts, muscle gain, and sexual function.  The problem is that when you overload the body with testosterone, some of the excess converts to estrogen.  There are documented cases of male Andro users developing enlarged breasts, etc.  Plus, there’s reason to believe that Andro could raise the risk of prostate cancer.  Andro users would be wise to supplement with prostate-protective herbs like Saw Palmetto and Pygeum, and nutrients like Zinc and Lycopene. There’s also a supplement called Chrysin, derived from the Passion Flower herb, which inhibits the conversion of testosterone to estrogen.  We don’t stock Andro, but we do special-order it for people over 21.