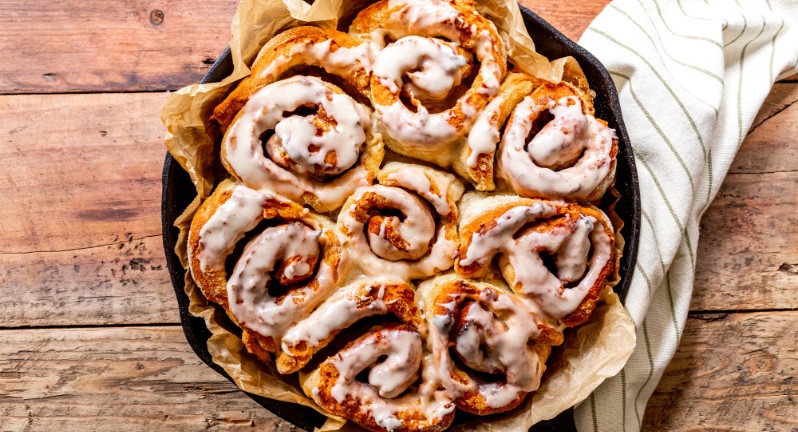 Last month, we talked a little but cholesterol — and why cholesterol may not be that big a deal after all. We talked about how some of the research has been misinterpreted, and how cholesterol-lowering drugs, for the most part, aren’t as effective as we’ve been led to believe. Which begs the question: if cholesterol isn’t that big a deal, what is? Enter Insulin Resistance.

Insulin is a hormone that regulates our blood sugar. When our sugar goes up, our insulin goes up; insulin brings the sugar down by telling our cells to absorb and use it. Some cells use the sugar as fuel. Others store it for later. Either way, insulin is crucial in regulating energy metabolism and homeostasis in general.

But insulin only works if our cells pay attention to it. In insulin resistance, a chronic, progressive condition, our cells begin to ignore or “resist” insulin. There are a lot of factors at play in how and why this happens, but fundamentally, cells become inured to insulin if they’re exposed to too much of it, for too long. This kind of phenomenon isn’t unique to insulin. Flood the cells with anything that stimulates or suppresses them– insulin, caffeine, painkillers – and they’ll start to ignore it after a while.

This is a problem, obviously, with caffeine and painkillers, because you want your caffeine and painkillers to work! But it’s a huge problem with insulin. When insulin stops working, it throws all sorts of things off. It makes you gain weight, especially around the waist. It makes you depressed. It raises your risk of heart disease, dementia, and fatty liver. And once it gets rolling, it’s hard – but not impossible! – to reverse.

There are a lot of ways in which insulin resistance raises heart disease risk. The most direct is that chronic high blood sugar causes oxidation, damaging tissues throughout the body, especially in the blood vessels. Blood vessels lose their elasticity, and then that puts more strain on the heart. The body tries to patch the damage with cholesterol, and that’s not good!

But it’s a lot more complicated. Here’s just one example. Normally, the body regulates the energy (calories) in the blood pretty carefully. If there’s too much energy, the body lowers it. Too little, the body raises it. But in insulin resistance, insulin (which normally signals there’s plenty of sugar in the blood) is resisted and ignored. So, it no longer sends its message to the liver to suppress the release of fats into the blood. Instead, the liver releases more and more of these fats (triglycerides) into circulation. We’ve all heard of “high triglycerides” …

This is just one example of a so-called “independent risk factor” for heart disease that’s maybe not so “independent” after all. I’m not trying to say high triglycerides are always secondary to insulin resistance. But high triglycerides, like high cholesterol, high homocysteine, and even high blood pressure can all be caused, directly or indirectly, by insulin resistance.

We already talked last month how cholesterol may be a marker for heart disease, but not necessarily causal. I think it’s safe to say that hypertension is causal. But that doesn’t mean it’s (always) the root cause. Again, insulin resistance underlies a lot of things.

What to Eat: Beware (and be aware of) the Glycemic Index

The Glycemic Index is a measure of how abruptly a food, or a meal raises blood sugar. Foods higher in protein, fat, and fiber tend to be lower glycemic. Foods higher in starches and sugars tend to be higher-glycemic. So, a cup of apple juice has 24 grams of sugars. A large apple has around the same. The juice is going be much higher-glycemic than the intact apple. After all, the intact apple has all that fiber.

There is some evidence that eating a generic high-fat diet, long-term, leads to insulin resistance. But that’s likely because most high-fat diets in this society are higher in pro-inflammatory “bad” fats – and also lower in healthy fruits and vegetables. A diet high in healthy fats is going to take you in the right direction.

How to Reduce the Glycemic Index of Foods?

Well, the simplest answer is to eat foods that are lower on the glycemic index to begin with. Better to eat a carrot than try to “fix” a waffle. However…

For grain products, you gain an edge using whole grains vs. refined (white) flours and grains. You can add additional sources or protein, fat, and fiber. For example, try making that waffle with 70% flour, and 30% ground pecans. Add a little bran. Add a scoop of protein powder. Try rice and beans instead of just rice. Add some riced cauliflower. That kind of thing.

We should also look to the structure of the food, not just the chemistry. 100% whole wheat pasta is made of the exact same stuff as intact wheat kernels. But grinding those kernels into flour gives your body a head start on breaking it down. Cooking does, too. And it makes a difference how much you cook. Pasta cooked al dente is significantly lower-glycemic than the same pasta cooked until it’s soft.

The Special Role of Nuts

There’s some interesting research out there where subjects were given 1, 2, or 3 ounces of generic mixed nuts (or no nuts) along with a couple of slices of white bread. You’d expect the bread to spike blood sugar. And it did. But when people at nuts along with the bread, that spike was blunted significantly. And the more nuts, the better.

There’s actually a lot of interesting research on nuts and heart disease risk. Eating a small handful of nuts as part of a high-carb meal reduces the inflammation that follows that meal – which in turn would be expected to reduce heart disease risk. Nuts reduce cholesterol absorption, synthesis, and oxidation. They appear to shift gut flora in a positive direction. They’re satisfying, so they reduce appetite.

Personally – I’ll be honest here – sometimes, I come home after a long day, and eat more spaghetti or rice or subhudana khichidi, or something else starchy, than I should. Someday I’ll stop doing that. In the meantime, I grab 5 or 6 red walnuts out of the fridge when I get up from the table.

HERBS AND SUPPLEMENTS FOR INSULIN RESISTANCE

Chromium got a bad rap ever since that Erin Brockovich movie, where something called hexavalent chromium gave people cancer. Supplemental chromium (trivalent chromium) is different.

Supplemental chromium is all about blood sugar regulation. Unlike other supplements that help reduce blood sugar directly, or reduce sugar cravings, chromium targets insulin resistance specifically. It helps the cells receive and even amplify insulin’s message.

The majority of clinical trials show that chromium does help regulate blood sugar, but only when taken consistently, and over some time. A standard regimen is 400-1,000 mg a day, in divided doses.

Cinnamon also appears to reverse insulin resistance, if not fully than at least to move it in the right direction. Not all studies have shown benefit. But most of them have.

The kind of cinnamon that shows the most consistent benefits is Cinnamomum verum, Latin for “true cinnamon.” It’s a little costlier than generic Cinnamomum cassia, but it’s worth it.

A standard dose is 2-6 grams a day in divided doses. You can take capsules, or just put it on your oatmeal or in your smoothie. A scant teaspoon is about two grams

The Antioxidant Alpha-Lipoic Acid (ALA)

Alpha-Lipoic acid has a reputation as a high-tech antioxidant, but then again there are traces of it in potatoes, so maybe not so “hi-tech” after all? ALA is well-established as a therapy in diabetes, as it reduces the nerve damage that can be a major symptom of chronic disease.

But ALA doesn’t just reduce the damage from chronic high blood sugar. It reduces the sugar itself, by reducing insulin resistance. A standard dose is 300 mg three times a day, or 600 mg twice a day. It also has a lot of side benefits. Not just diabetic neuropathy, but other kinds of nerve degeneration as well, recommending it for glaucoma and possibly the prevention of dementia.

Fiber isn’t very high-tech or “sexy,” but it may be our most important tool in combating insulin resistance on a meal-by-meal basis. These other nutrients work systemically, and in the long term. Fiber does neither. It doesn’t get absorbed or metabolized. It stays in our guts, where it interacts directly with the food that it is touching. So timing is important. You want to take right before meals – before every meal – with a big glass of water. Fiber taken away from a meal is still good for you, but it won’t do this thing we’re talking about.

Not all fiber is created equal. Here, you’re looking for soluble fiber. Soluble fiber is like a sponge. It absorbs water and forms a gel. (Picture oatmeal). You want to seek out soluble fiber where only small amount associates with a large amount of water.

Your best generic choice here is Konjac Fiber, also known as glucomannan. 1,000 mg (usually two capsules) is enough to blunt the blood sugar spike from a high-glycemic meal, although some people will take more. I also really like a brand-name product called PGX, from the Natural Factors company. PGX is about 85% glucomannan, and the rest is other stuff. But the glucomannan gets specially processed so it works even better.

Why Pick and Choose?

As I always say in these articles, I love Formulas. A combination of herbs and nutrients, thoughtfully assembled, will always outperform a single ingredient. There are a lot of formulas out there that combine 2 or 3 of these ingredients, along with others that will also reduce insulin resistance, and sometimes address tangential issues like sugar cravings, inflammation, and tissue damage. The Cinnamon Glucose Balance from Planetary Herbals happens to be a personal favorite, and it’s just coincidentally on sale this month.