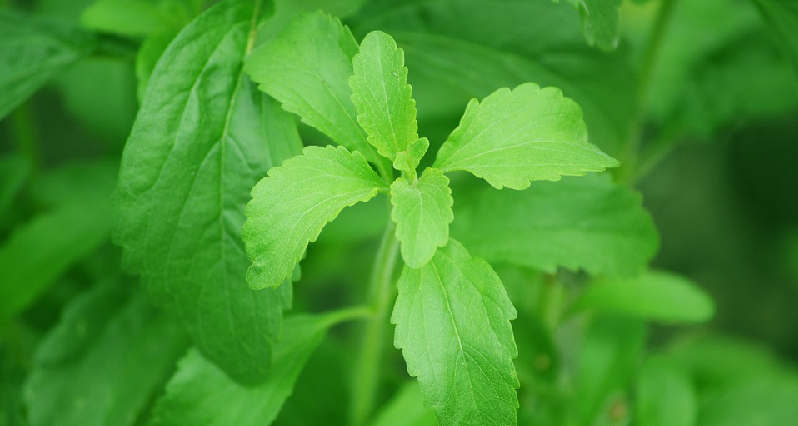 Fish Oil Helps You Lose Weight: Researchers earlier last year published the results of a trial in which 232 overweight people (average age 31) were put on a low-calorie diet.  Roughly half the people also received a low dose of 260 mg omega-3s from fish oil supplements daily.  The other half got a moderate dose of 1300 mg a day.

The trial went on for eight weeks. In the final two weeks of the trial, the researchers began measuring the subjects’ feelings of satiety immediately after meals, as well as two hours later.  Conclusion: the people who were taking the higher dose of fish oil felt more full, more satisfied after even a portion-controlled weight loss meal.

Commentary: There’s a possibility that fish oil works directly on the stomach, on blood sugar regulation, or on the appetite centers of the brain.  But I tend to think it’s actually something different.  Fish oil makes us happier, more content.  It stabilizes our moods.  Perhaps what we perceive as hunger is in fact “hunger” for something else.  This wouldn’t be the first study where something that raises or stabilizes mood helps us lose weight.

Artificial Sweeteners Might Not Help Rats Lose Weight: In another study, published in March of last year, researchers monitored the brain chemistry of rats as they sipped water, sugar water, and water sweetened with the artificial sweetener sucralose.  In particular, the researchers tracked levels of a compound called dopamine in the rat brains.  Dopamine is normally raised by sex, drugs, rock’n’roll (well, maybe not in rats…) binge eating, and various other substances and practices which can lead to a feeling of contentment, euphoria, and possible addiction.

Not surprisingly, the plain water did not raise brain dopamine.  Water is pretty boring, I guess.  The artificially sweetened water, however, did.  And of course so did the sugar water.  So if it tastes sweet, it excites the brain.

Then the researchers tried the same thing with another group of rats bred not to have taste buds.  Plain water: no rise in brain dopamine.  Artificially sweetened water: ditto.  But the sugar water did in fact raise brain dopamine even though it didn’t taste any different to the rats.  In the beginning the rats without taste buds didn’t notice any difference, but as time went on, they learned to prefer it.

The researchers concluded that, regardless of how food tastes, there’s something inherent about calories that our subconscious brains really, really like.  Even though our conscious brains don’t always realize it.

Commentary: Well, we’ve already seen the research where people drinking artificially sweetened sodas go out and actually eat more the rest of the day versus people who drink the sugary stuff.  It seems that, no matter how we try to trick our taste buds, there’s no fooling our brains.

Coke and Pepsi Want You To Lose Weight… Naturally!  So there’s this little plant native to South America called Stevia.  At first glance, it’s not especially impressive.  Sort of a weed.  Kind of like a mint.  Bit it’s hundreds of times sweeter than sugar, and, as far as anyone can tell, completely safe the only known side effects are a slight reduction in blood pressure, and better blood sugar control.  These are good things.

So: sweet, natural, no-calorie, and grows like a weed what’s not to love?

As I write this, Coke and Pepsi are neck-and-neck down the home stretch of their race to be first-to-market with a stevia-sweetened soda in 2009.  It would be nearly zero-calorie, taste pretty much like regular Coke or Pepsi, and, best of all, they’d be able to call it “natural.”  This is big business, folks.  Big, big money is at stake here.

Now, many of you are probably wondering: what’s he talking about Coke and Pepsi racing to be “first” sometime in 2009?!  I’ve been drinking Virgil’s amazing Diet Root Beer for years!  Wouldn’t Virgil’s be “first”?!  And what about me haven’t I have been using stevia for years in my kitchen?

Well, yes, you have.  But what you’ve been using, according to our government, hasn’t been a food, hasn’t been a sweetener, and hasn’t necessarily been safe.

Look closely at your bottle of Virgil’s.  It’s not a “food,” but an “herbal dietary supplement” (and it’s taxed accordingly).  Same with stevia-sweetened teas, gum, etc.

This distinction between “food” and “supplement” here has very little to do with stevia, or Virgil’s, or health, or medicine; and everything to do with politics, and legality, and money, and big industry.  To understand, here’s a little refresher on U.S. regulatory policy.  In 1958, Congress passed the Food Additives Amendment to the Food, Drug and Cosmetics Act, to keep newfangled techno-chemicals from infiltrating the food supply.  If you had something new, the burden was on you to prove it was safe before you got GRAS (generally recognized as safe) status, and could actually put it in stuff people would eat.

The government understood, however, that it wasn’t feasible to place the same burden of proof on ingredients which had already been established as safe prior to 1958.   Which is why nobody ever had to prove that milk or, say, corn weren’t harmful.  Ditto for Crisco and Spam.  (And which is why we can still enjoy our morning cup of coffee ? there’s no way something that can cause dehydration, anxiety, insomnia and heart palpitations would ever be allowed unregulated into the food supply if it were introduced today).

Of course stevia had been in use for hundreds of years prior to 1958, but not commonly in the United States.  By the time it started to show up on the market in this country, in the late 1980s and early 1990s, artificial sweeteners were already an established, legally-sanctioned business (even though a few of them were in violation of the Delaney Clause of the Safe Food Act, which specifies that anything that causes cancer in lab animals, can not be added to the human food supply).  It’s not entirely clear what role the artificial sweetener industry played in undermining stevia’s legal status.  The complaints filed with the FDA were anonymous.  But in 1991, the FDA decided to ban stevia.

Not that stevia couldn’t have been proven safe.  Just that it would have cost millions tens of millions to gather the necessary laboratory and clinical data to prepare a successful application for GRAS status.  And the government doesn’t spend the money; it’s up to whoever wants to bring it to market to open up their wallets.

A few short years later, a piece of legislation called the Dietary Supplement Health and Education Act of 1993 was signed into law, which opened the door to stevia once more.  DSHEA created a brand new legal category called “dietary supplements” ? before, something could be regulated only as a “food” or a “drug.”  DSHEA acknowledged that the government needed to regulate, but could not feasibly micro-manage, vitamins, nutraceuticals, and herbal medicines.  To be approved as a dietary supplement ingredient, then, you just had to show the government that the product had been used safely and traditionally somewhere in the world.  (Although the government can still yank it from the market if there’s any indication that it’s dangerous).

Soon stevia was back, but now as a “dietary supplement.”  But it was a sort of wink-wink, back-alley-transaction kind of a thing.  Debra was advised that she could call stevia “sweet” but that she’d better not call it a “sweetener”; and that to place it next to the honey and maple syrup could bring down the wrath of FDA/FTC agents.  (Maybe not so far-fetched a premise, if anyone remembers those days).    Gone were the days when the store first opened and Debra would whip up stevia-sweetened granola and muffins in the kitchen.

As time went on, and those black-clad agents never appeared, and people got braver, stevia started to appear in places that could barely justify their label as “dietary supplement.”  There still aren’t any stevia-sweetened “dietary supplement” birthday cakes, but there are sodas, chewing gums, nutrition bars, and diabetic treats.

And now, 15 years later, Coke and Pepsi are ready to take stevia into the spotlight, and finally make it GRAS.  Both have the cash to do so.  But neither one wants to spend the millions necessary only to have some upstart soda company jump in and capitalize on their investment.  If they get GRAS status for stevia (an unpatentable plant), anyone would be able to use it.  So instead of working to get GRAS status for stevia the plant, they’re both shooting for GRAS status for the particular extract of stevia they intend to use (even though both of them are buying their stevia extracts from the same company).

Meanwhile a natural products company called Wisdom of the Ancients is doing something very, very intriguing.  They decided to bypass the FDA bureaucracy entirely and affirm their Sweetleaf stevia extract as GRAS themselves.  They contracted with two independent scientific agencies, both used by the FDA, both staffed with former FDA officials, to affirm that Wisdom’s stevia is meets GRAS criteria.  They’ve begun calling it a sweetener.

As the Coke and Pepsi issue plays out, Wisdom’s actions stand as a direct challenge to the authority of the FDA, as in “if you aren’t going to do your job, we’re going to do it for you and let’s see what you’re going to do about it.”

I can’t wait to see how the FDA handles this one.

Comments: As much as I’m thrilled to see a truly natural non-caloric sweetener on the market I don’t doubt that it’s a big step up from sucralose, nutrasweet, and saccharin I still go back to that study on artificial sweeteners and brain dopamine in rats.  If we start sucking down stevia water like it’s candy, what might the consequences be?  Not physically, but psychologically.