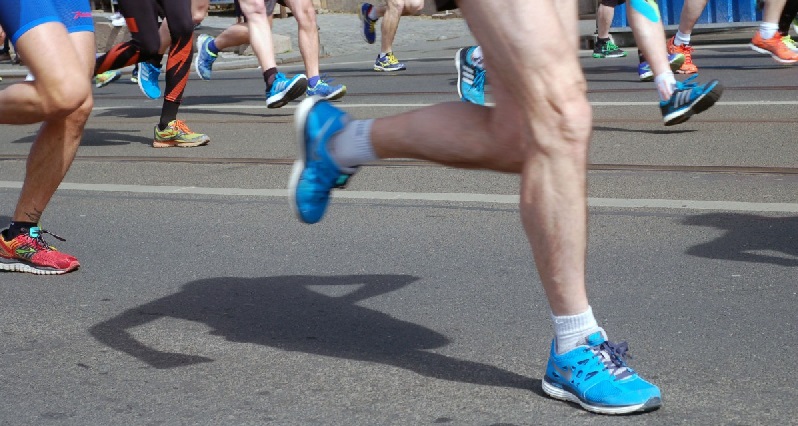 one mushroom for endurance. one supplement for force.

Natural Support for Athletes, and the Rest of Us

Cordyceps: The Oxygenator.  Cordyceps is a rare, high-altitude Tibetan mushroom with a bizarre and disturbing life cycle.  In the wild, a cordyceps spore will float through the air until it lands on an insect.  It infects the insect, sending its mycelium (the “root” part of the mushroom) throughout the insect’s body, killing it and transforming it, at least partly, into fungal biomass.  Then the fruiting body (the above-ground part of the mushroom) sprouts out the insect like creepy antlers.

And then somebody finds it and does a celebratory dance, because wild cordyceps goes for upwards of $5,000 a pound.  Then they sell it to you, and you eat it, insect and all.  And you get to experience one of the most profound tonics in herbal medicine.

Lucky for you, these days there’s also cultivated cordyceps, grown on a vegetarian medium of sawdust and rice bran, etc.  It may or may not be a step down from the wild stuff – I’ve never tried the wild stuff – but it’s still very noticeable.  And, a lot cheaper.

Cordyceps increases gas exchange in the lungs.  In other words, you breathe in more oxygen, and breathe out more carbon dioxide.  Even outside of athletics, this is a big deal.  You can expect to feel improvements in general alertness and vigor.  Cordyceps is my favorite supplement for older folks who get exhausted mid-afternoon, and need a nap.  It’s my favorite thing for dealing with sleep deprivation, especially around jet lag.  It is my favorite thing for adapting to altitude.  In some men, occasionally, it can increase libido as well.  It’s wonderful around general weakness of the lungs.

Where it really, really shines, however, is when you’re pushing yourself aerobically – riding a bicycle, hiking, playing soccer or pickup basketball – anything that can leave you short of breath.  It won’t do much for short sprints, but it’s great for the marathons.

On top of all that, cordyceps can leave you feeling less sore after long exertion.  Let me explain.

You’ve all probably heard about ATP?  ATP is the universal energy molecule in the human body.  Whatever the source of energy in our diets – protein, fat, or carbohydrate – it all gets used to make ATP.  And then it’s the ATP that powers our cells.  In a sense, ATP is like the battery that runs us, and our different sources of calories are just different ways to charge that battery.

For something so crucial, we actually have very little ATP in storage.  In our muscles, for example, we only have enough ATP for about four seconds of maximal exertion.

So in everyday life we’re constantly using ATP and replenishing it, using it and replenishing it, every fraction of a second.  Normally we replenish ATP by sort of “combusting” our food calories with oxygen.  This is called aerobic metabolism.  Under normal conditions, this is no problem because we get more than enough oxygen.  But when we’re really pushing ourselves (i.e. running that marathon), we push up against the limits of our oxygen supply.

Figure 1: Our friend, the ATP molecule

So, two things happen.  First, we get tired.  And second, we revert to something called anaerobic metabolism where we make ATP without the help of oxygen.  The good thing is, we’re still making ATP; the bad thing is, we’re not making very much of it: about 1/15th as much, to be precise.  So we get a lot less energy out of food.  And anaerobic metabolism also produces a waste product called lactic acid.  You’ve probably heard of it…?  Well, lactic acid accumulates in the muscles.  Slowly, slowly, it can diffuse out into the bloodstream, and then make it to the liver, where we can salvage the rest of the energy from the molecule.  But in the meantime, lactic acid in our muscles makes those muscles burn and ache.

Most manufactured Cordyceps products suggest a low-moderate dose, a few times a day.  I’m going to suggest something different.  Sure, you can use that low-moderate dose on a daily basis, and it helps for daily low energy.  But you can also go to a higher dose, on occasion, Weekend Warrior style.  I use the tincture, and I especially like Paul Stamets’ Fungi Perfecti brand.  It’s the first cordyceps I used 15 years ago, and it’s still the best.  I recommend two giant squirts (about 120-180 drops) maybe an hour before you want them to kick in.   You might want to start with a lower dose, and see how it works for you.  Or you might thrive on a higher dose.  Maybe you want to juice up your hydration bottle for a long bike ride.  You’ll figure it out.

Creatine: Physical Force in a bottle

I guess people hear it’s good for athletics (especially bulking up), and they just automatically assume these bad things.  With no basis in reality

Creatine won’t do much for aerobic or endurance activities like running marathons, or hiking a mountain.  But it absolutely shines in short-burst high-intensity strength-based activity like weight training, or holding the offensive line in football.

Here’s how it works: remember, I talked a bit about ATP earlier.  I said ATP was like the battery that powered the engine of our cells.  And I said there were two ways we could recharge that battery as we used it up: aerobic and anaerobic metabolism.  Actually, there’s a third way, called ATP-CP metabolism.  Here, the CP stands for creatine phosphate.

If ATP is like a battery that stores energy, creatine is the backup battery.  Remember, we’ve got enough ATP for maybe 4 seconds.  Creatine can store another six seconds or so worth of energy, more than doubling our reserves that are immediately available.

Of course six seconds doesn’t matter in a marathon.  But it can make all the difference in the world when you’re trying to add 3-4 more reps to your workout, or hold the offensive line for just a bit longer.  And since creatine regenerates just like ATP, you get it back if you’ve got little periods of rest between bouts of exertion.

Creatine makes us stronger, but only as long as we’re taking it.  But – and this is an important “but” – if you use the temporary strength gains to work out harder, you can translate those temporary gains to lasting gains.  There’s so much research here, I won’t go into it.  Trust me, there have been hundreds of papers here – literally.  Almost all of them show benefit.

I’d suggest using 5 grams twice a day for two weeks, then going down to 5 grams once a day.  Creatine ought to start being noticeable in about a week.  It doesn’t taste like much, and it’s easy to add to shakes or whatever.  Since insulin pushes creatine into the cells, taking your creatine with a little something sweet often helps get it absorbed.

I’m aware of two possible drawbacks with creatine.  First, creatine draws more water into the muscles, making them a little heavier.   So for endurance work like running that marathon, it can actually slow us down, at least a little bit.  And two, creatine gets metabolized in the body into something called creatinine, which gets excreted out in the urine.  Lots of creatinine in the urine normally indicates something wrong with your kidneys unless you’re taking creatine.  So if you’re giving a urine sample to your doc, tell her you’re taking a creatine supplement.  Or you might scare her.  And then she’ll scare you.