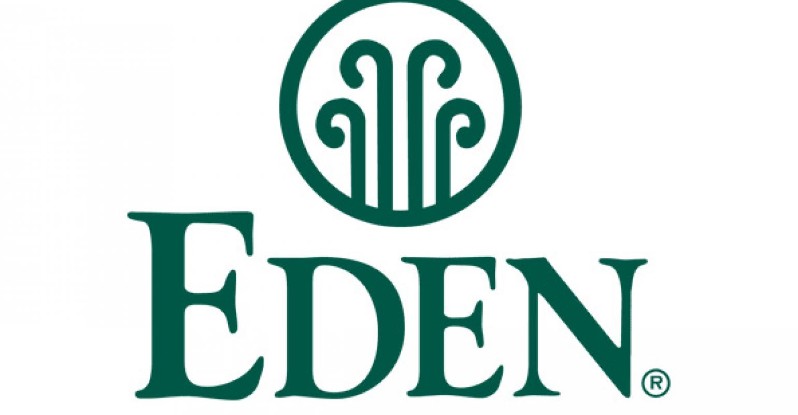 I believe that Eden Foods is one such company.

Eden was founded 46 years ago as a cooperative dealing with organic farm goods. Today, it is an international presence, and the oldest company in the country dedicated to natural and organic foods. .

Twenty-one years ago, Eden came out strongly against GMOs, and then put their money where their mouth was. Twenty-one years ago! Before there was a Non-GMO Project and independent verification, Eden had a meticulous in-house testing program in place. In 1997, when the New York Times tested 11 brands of soymilk for GMOs, only Edensoy came out GMO-free.

Then there was the issue with BPA. BPA (Bisphenol-A) is a likely carcinogen and a definite hormone disruptor which is often used as a liner in food cans. Today, BPA is partially or completely banned in a number of countries, including Canada. But ten years ago, almost nobody cared, or even knew, what BPA was. Meanwhile, Eden was having their cans specially made with a BPA-free liner. It cost them hundreds of thousands of dollars. They didn’t brag about it. They just did it.

And all this is the tip of the iceberg. Today Eden maintains relationships with more than 370 family farms, and they buy from and pay those farmers directly. The company remains active on a variety of fronts.

Yet despite this unparalleled track record of do-gooding and activism, some of our customers are now boycotting Eden – and calling on us to do the same – since Eden CEO Michael Potter took a public stand against the mandate in the Affordable Care Act which requires his company to pay for what he terms “lifestyle choices.”

No one could ever accuse Potter of being a diplomat! “I don’t care if the federal government is telling me to buy my employees Jack Daniel’s or birth control,” he says. “What gives them the right to tell me that I have to do that? That’s my issue, that’s what I object to….I’m not trying to get birth control out of Rite Aid or Wal-Mart, but don’t tell me I gotta pay for it.”

Our staff have heard me grousing that our store is forced by law to pay for health insurance that many of us in the store don’t believe in or use. I for one, don’t do the meds, yet am required to pay for that kind of insurance even while I pay out of pocket for dietary supplements and herbs that keep me out of the doctor’s office. I have no choice in the matter, can’t opt-in or opt-out of anything. So on this point I get where Michael is coming from.

Do I agree with Michael’s politics? Heck, no! I hope he loses his court case in spectacular fashion. I think he’s misguided (to phrase it generously) (sorry, Michael!) He would probably think the same about me…

But Potter is devout. So it’s a freedom-of-religion thing for him. He’s also libertarian. So it’s a government-overreach thing. As far as I can tell, though, it’s not an anti-woman thing.

Charges of sexism seems to be at the heart of the boycott. But actual sexism – a deliberate agenda to take away women’s freedoms – doesn’t seem to be present. After all, Potter is just as opposed to funding Viagra as he is to birth control. So: men, women – he doesn’t care who you are.

An Eden rep insists she has full health coverage, including contraception. She says that Michael Potter is a libertarian and feels it is a double standard that most businesses have to comply with the Affordable Healthcare Act, while other businesses and unions are exempt. That is why, she says, he sued the Obama administration. He’s anti-big government, not anti-women’s rights, she says.

I understand that your decision – if it’s a decision you make – to boycott Eden is made for the right reasons. I hope you understand that our decision to continue doing business with Eden is not made blindly, or casually, either. Simply put, they’ve been too good, for too long.

Our mission at Debra’s Natural Gourmet is to nourish community through food that is the best food we can find; food that is organic, non-GMO, and sustainably farmed. We think Eden does this as well as anyone.