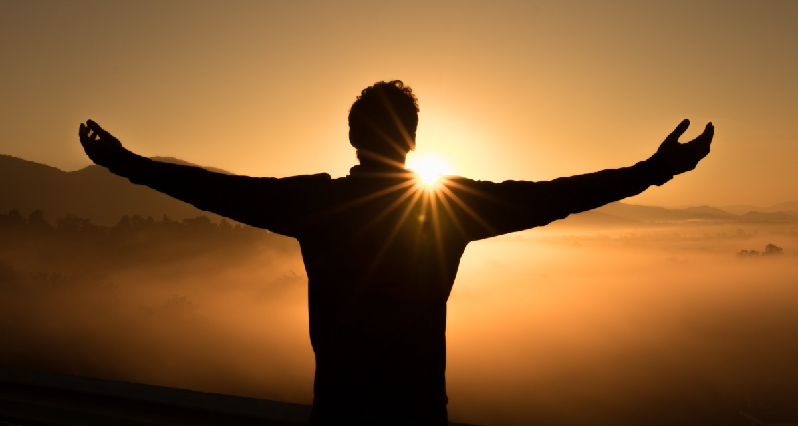 Part I reminded us walking in fresh air, sharing food with friends simple pleasures help stave off depression, and that a balanced, whole foods diet is essential to maintaining good mental health.  The book, Natural Prozac by Joel Robertson and Tom Monte, does a wonderful job explaining the role of food in controlling depression.  We ended last month on the subject of nutrients that can help and had covered 5-HTP, which is a precursor to serotonin.

Tyrosine and Phenylalanine, Precursors to Catecholamines:

Most of us have heard about serotonin, the ‘happy’ neurotransmitter.  But serotonin is only part of the equation.  Other neurotransmitters, called catecholamines, also elevate mood, but in a different way. Serotonin helps us feel relaxed, calm, and at peace with the world, and catecholamines provide pizzazz, get-up-and-go, etc. While the research on 5-HTP as a serotonin precursor is fairly compelling, that on the catecholamine precursors is not.  There have been few studies, with mixed results.  I have known a few people over the years who have sworn by tyrosine and/or phenylalanine, but they were in the minority.

With that, if you fit the description for catecholamine deficiency (poor concentration, low energy, low motivation, and apathy), tyrosine and phenylalanine are worth a try.  They can be useful, especially in situations where the precursors tend to be depleted, such chronic stress or alcoholism.  A number of clinicians report they are quite useful in keeping recovering alcoholics sober.  Also, in those instances when depression is combined with narcolepsy, tyrosine has been shown to be remarkably useful.

SAMe: the best antidepressant in the world?

SAMe is versatile enough to help the body make more serotonin and catecholamines, as well as other important compounds such as glutathione (the number one antioxidant in the liver) and coenzyme A.  For many, it is the ideal all-around pick-me-up.  Personally, I’ve gotten feedback on SAMe that has been very, very, very good.  Now here’s what the Life Extension Foundation Disease Prevention and Treatment manual has to say about this supplement:

“The safest and most effective antidepressant in the world is the European drug S-adenosylmethionine (SAMe).  SAMe is a simple natural metabolite produced from the essential amino acid methionine.… It is found in every cell within the body and plays an important role in critical biochemical processes…. When compared with other antidepressants, SAMe works faster and more effectively, with virtually no adverse side effects.  In fact, unlike FDA-approved antidepressants that have both lethal and non-lethal side effects, SAMe produces side benefits, such as improved cognitive function, protection of liver function, and a potential slowing of the aging process.  Some people take SAMe for its anti-aging properties alone.”

The book goes on to summarize almost a dozen studies where SAMe was compared to both placebos and other drugs in a variety of different conditions, in a variety of depressive states.   We have a reference copy of this book which you are more than welcome to come in and take a look at.

The major drawback with SAMe is the price. SAMe is expensive to make and expensive to package right, although the price has come down.  Then you look at the doses used in the studies, which generally fall into the 800-1600 mg range. SAMe can be more expensive than Prozac!   And when I said earlier that I’ve been getting “very, very, very good” feedback, I was referring to the people I’ve spoken with who were taking at least 800 mg a day.  Obviously, not everyone needs to take that much, and I’ve also spoken to people who’ve done well on a lot less.  Most recently, a coworker of mine says a friend of his is doing great on just 400 mg.  This will be up to you.

Can you combine these supplements with prescription antidepressants?

Well, yes and/or no.  Amino acid precursors do not interact directly with prescription antidepressants.  SSRIs like Prozac, Zoloft, and Paxil work by keeping serotonin around longer once it’s been made.  MAOIs do a similar thing with catecholamines.  As you can imagine, combining precursor therapy with prescription antidepressants could be quite effective at combating depression.  And indeed, a number of studies have reported positive results doing just that.

It is possible, however, to “overload the brain” this way, leading to occasional serious side effects.  It all depends on what dose you’re using, which antidepressant you’re on, and your own individual biochemistry.  The bottom line is this: despite the strong possibility of real benefits, especially in the more severe forms of depression, you should not combine the two unless you are working with a healthcare practitioner knowledgeable about both the prescription drugs and the supplements.

[1] I absolutely love the fact that placebos are so effective!  They really are the best medicine!  And I think we can learn an important lesson from this.  If you go into any medical treatment with a positive attitude especially when you’re dealing with depression you’re likely to get better results out of it.