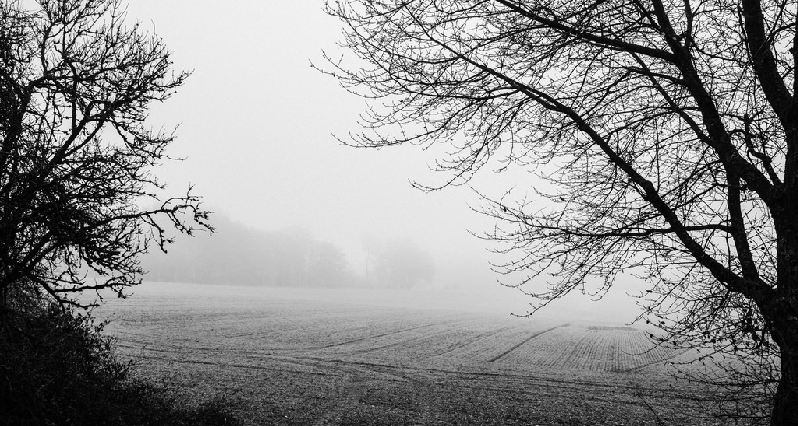 “Tell me more,” says the doctor.

“Well,” says the man, “just this week I got fired from my job, I found out my wife was cheating on me, my 15-year-old flunked out of school and started selling drugs, my daughter is pregnant, my dog died, my car got wrecked, I’m being sued, and my house burned down.”

“Hmmm…” says the doctor. “This sounds like a classic case of serotonin deficiency to me. I prescribe Prozac.”

There is a running debate as to whether people are depressed due to what’s going on in their lives (“situational depression”), or whether it’s simply a matter of brain chemicals (“endogenous depression”).

Ultimately, it works both ways. Our situations and how we perceive them create certain feelings and emotions, which in turn lead to an imbalance in brain chemicals. And an imbalance in brain chemicals leads to certain feelings and emotions, which in turn effect the situations we put ourselves in. You see the way they feed off each other. You see how it can form a vicious cycle. So while the original trigger for depression may have been either situational or endogenous, depression often evolves into a complex combination of the two, where the one feeds off the other and vice versa.

You can break the vicious cycle by changing your life, or you can break it by taking anti-depressants (pharmaceutical, herbal, or nutritional). The problem with antidepressants, however, is that they can make you feel happy without your addressing the situational aspects of depression. They can lull you into feeling that everything is fine when in fact it isn’t. In a sense, they override what’s basically a normal, healthy reaction to your surroundings.

I’m not saying you always have to change your life – some depression really is just a chemical imbalance, plain and simple. But if there are changes to be made and you start taking antidepressants, now is the time to make them! Use whatever confidence and well-being the antidepressants give you to go out and do something: pick up the guitar, get in shape, deal with your arthritis, get out of the house, take some classes, write a novel, go on a date, learn kung fu, let go of a belief, quit your job, get a dog, baby-sit, join a night volleyball league or the Peace Corps. Succeed at something to remind yourself that you can succeed. Find a way to be proud of yourself. Spend time with people you really and truly like. (Get away from people you don’t!) Put long-range goals before immediate gratification. Change the pattern which feeds the depression, so that one day, hopefully, you won’t have to depend on the drugs anymore.

I know you know this, but I’m going to say it anyway: a balanced, whole foods diet is essential to maintaining good mental health. The book, Natural Prozac, by Joel Robertson and Tom Monte, does a wonderful job explaining the role of food in controlling depression. This superb book (a great gift, too) goes into more depth than I can in two pages. It describes two types of depression and the foods to emphasize for each. There’s even a questionnaire to determine which type you are. Since the two types of depression tie in with amino acid therapy (next month’s subject) I’m going to leave them till then. For the time being, focus on quality protein, beans, and unrefined grains. A whey protein shake for breakfast is an excellent way (no pun intended) to start the day. Frank, who we’ll meet later in this article, highly recommends Ultimate Nutrition’s Amino Gold capsules to bridge the gap between meals.

Perhaps the most important food rule is to avoid sugar.

Sugar raises levels of serotonin (a “happy” brain chemical) temporarily… then lets those levels drop. This rise and fall parallels the rise and fall of blood sugar that follows a sugary snack. So what happens is that sugar makes you feel good for a while, then afterwards leaves you feeling worse than you did to begin with… until you eat more sugar. This is a classic setup for addiction. Perhaps “addiction” is too strong a word (perhaps not) but you get the idea.

White sugar isn’t the only thing that spikes blood sugar levels. All concentrated sweets, including honey, maple syrup, and juice act similarly. (There are some advantages to the more natural sweeteners, however). Even refined starches, like white pasta and breads, spike blood sugar the same way that sugar does. My suggestion to anyone who is dealing with this issue (or low energy, or diabetes, or high cholesterol, or anything) is to spend 10-15 minutes reviewing what’s called a “glycemic index.” This is a listing of foods according to how strongly and quickly they spike blood sugar. You don’t have to memorize the entire index, just get a general feel for how different types and combinations of foods stack up.

And when it comes to sweeteners, beware Aspartame, a.k.a. ”Nutrasweet”: there is evidence it may have some drawbacks, especially for mood disorders. (Have you ever tried the herbal sweetener, Stevia? Come in to the store in July for a free taste!)

Sometimes when we’re looking for higher, therapeutic doses of nutrients, we need to turn to supplements because foods simply can’t supply high enough levels. The B-vitamins are often called “the nerve and stress vitamins,” and for good reason. A deficiency in any one of them can lead to depression. While it is rare in this day and age to be outright deficient, you might still have less than an optimal amount. And you’re more likely to be deficient if you are in fact depressed. To be fair, I don’t think the B-vites by themselves give people as much of a lift as other antidepressant supplements. Nevertheless, I’d definitely take some, focusing on additional B-12 if you’re vegetarian. Also, additional B-6 if you’re on birth control (which depletes it), have PMS (which benefits from it), or if you simply don’t remember your dreams. Look for the active form of B-12, methylcobalamin; and the active form of B-6 called “P-5-P.”

You think this sounds new-agey? Don’t knock it until you try it! I have talked to so many people who say they feel so much better when they add these three simple bits of nature back into their lives. The Encyclopedia of Natural Medicine states “Regular exercise may be the most powerful natural antidepressant available.” Now combine that with a lungful of clean air and the feel of sunlight on your skin. Nourishment for the soul! Caroline, who works at the store, calls it “getting in touch with the fact that you’re an animal.” If you spend most of your days indoors, it might be worth investing in a couple of full-spectrum light bulbs.

I recently had the opportunity to talk with one of our regular customers, a 50-year-old man who I will call Frank. (Frank is not his real name). Frank’s wife has suffered with severe depression for nearly thirty years. Together, they’ve been through every treatment imaginable. From this lifetime of experience, Frank offered a few pieces of advice, not only to those who are depressed, but to their friends and loved ones as well. (Frank is a smart guy, by the way, and he knows more about natural medicine than I do).

Franks has this to say:

What depressed people need more than anything else is an advocate. Somebody they trust who can negotiate for them with the doctors, the psychiatrists, the insurance companies, the whole medical system.” Often, he says, when somebody is depressed, they have difficulty standing up for themselves in terms of saying things like “this medicine isn’t working,” or “I want a different doctor.  They need somebody in their corner who can support their decisions and help with the logistics.

He also advises friends and loved ones not to feel rejected by the person who is depressed. He gave me the following example: “Let’s say you have a friend, and every time you call him to get together, he says ‘I’m don’t feel up to it tonight.’ Now, he might be depressed. He might feel like he just doesn’t have the get-up-and-go that evening. But all you know is that every time you call him, he says no. So you start to feel rejected. After a while, you stop calling. This way, depressed people manage to isolate themselves from the rest of the world, and it only makes them more depressed.”

Franks says you absolutely need to have psychotherapy, but he also says not to be intimidated by psychiatrists. “Give them a chance, but in the end, trust your own judgement. If they’re not working for you, or if they’re worse off than you are, fire them!”

And finally, these parting words of wisdom, once again from Frank: “If the treatment you’re on isn’t working and it’s giving you side effects that make you gain weight and lose your sex drive, why are you still taking it?”