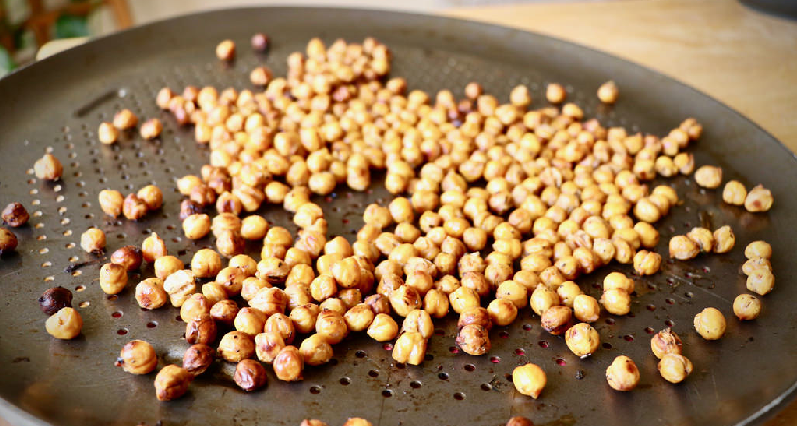 Satisfying trail mix. Try it, you’ll like it! And, of course, the variations are endless. Yes, it’s a little spicy (you can make it to suit your taste buds), but remember that cayenne pepper increases circulation. Nuts like pistachios as part of a balanced diet can lower blood pressure in folks with hypertension. Lots of fiber, protein and good fat in this mix too!

Eating Well Magazine once said, “Contrary to what most of us assume, pistachios are not technically nuts but seeds they grow in bunches on trees. Pistachio trees, native to the Middle East, were introduced to the Mediterranean before being planted in the United States in the mid-1800s. Iran is the world’s largest producer of pistachios, with California coming in second quite a feat considering the state didn’t harvest its first commercial crop until 1976.

The natural green hue of pistachios comes from chlorophyll the same pigment that makes leaves green. Though you can still find red-dyed pistachios, which look festive around the holidays, the dying process was originally used to hide blemishes the seeds incurred from hand picking. Today’s mechanized harvesting methods nearly eliminate the blemishes and thus the need to dye them.”

Preheat oven to 400 degrees. Drain garbanzo beans and toss in bowl with next four ingredients. Spoon mixture to a rimmed baking sheet. Bake until garbanzo beans are golden and crisp, stirring from time to time, about 20 minutes. Remove baking sheet from oven. Stir in pistachios, cool mix completely, and serve. If you and yours don’t consume on the spot, I’ll be a monkey’s uncle…. If you have leftovers, store in glass jars in frig or freezer.

*Unless you have way too much time on your hands, don’t shell pistachios for this recipe. We have them already shelled in our nut refrigerator. As far as I’m concerned, already shelled is the only way to go!