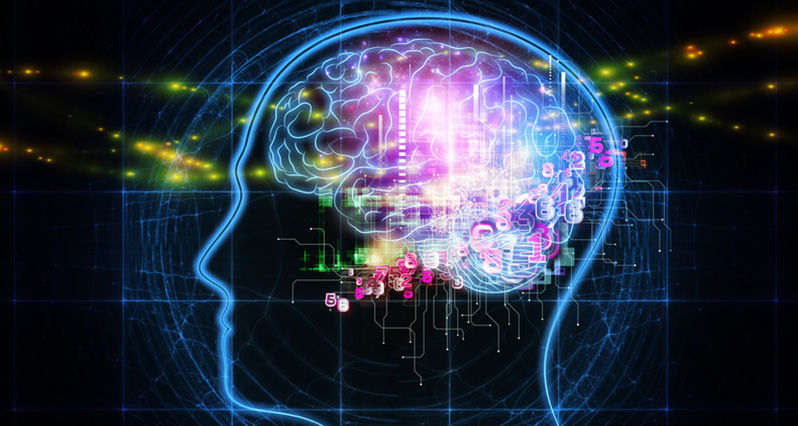 We all want a pill that will make us smarter. And natural medicine has a lot to offer… sort of. There are herbs and nutrients that can help us focus, eliminate distractions, reduce cognitive fatigue, pick us up, calm us down, help the brain develop in infancy, and maintain its function into old age.

If you’d asked me about magnesium even six months ago, I would’ve said “not for memory – no way!” There simply wasn’t any evidence (that I knew of, at least). And besides, I sell magnesium to people every day. I figure, if anyone was getting any smarter, I would’ve heard about it.

Turns out, there has been some research. Brain cells cultured in a lab grow and evolve better in the presence of magnesium. More importantly, they form new connections more readily, which is at the heart of how we learn. If that happened in real life, it would be a pretty big deal.

The problem here – the disconnect between the petri dish and real life – has to do with absorption. Sure, there are some forms of magnesium which get into the bloodstream better than others. But absorbing something into the blood is one thing; getting from the blood into the brain is another. And most forms of magnesium are very, very poor at raising magnesium in the brain. In one study with rats, blood magnesium levels were tripled, but this led to absolutely no increase in brain magnesium. Another study, this time with people, increased blood magnesium levels up to fourfold, but saw an only 10% increase in magnesium in the cerebrospinal fluid. And in both these studies, magnesium was given intravenously. Oral magnesium is highly unlikely to come close to the 10% levels, even with the best-absorbing pills.

Now a group of researchers have developed a new magnesium compound, magnesium threonate, which increases both blood and brain magnesium significantly, taken orally, at reasonable doses. And the research has already gone beyond simple measurements in a lab. In the real world – at least in rats – this magnesium compound has created dramatic improvements in learning and memory.

Normally, a single rat study wouldn’t impress me too much. But this is remarkably solid research, from an international group of researchers, published in the highly prestigious journal Neuron. It’s worth a look. The rats showed significant improvements in both spatial and associative memory.

Spatial memory is remembering where things are in relation to each other. It’s what helps us drive around without getting lost. Associative memory is about associating one thing with another. Remembering what you did last Tuesday, as opposed to last Wednesday. Attaching a name to a face.

Have you ever learned something, and then forgotten it a few days later? This is a failure of long-term memory. In rats, you can test long-term memory with something called a Morris water maze. This is simply a maze filled with water, with a small elevated platform somewhere, which is dry. Rats don’t like water, so they’re pretty motivated to find the platform. So you put them in the maze a few times, and they eventually start to learn the way out. Soon, they’re running the maze quicker and quicker, relying on their memories. (Mazes work so well for testing memory in rats, because they can’t look down at it, and see the whole thing, and think their way through. Learning a maze from the inside requires memory more than anything else – the ability to learn).

In this study, both old and young rats were run through a Morris maze 8 times (all in one day for the young rats, and over two days for the aged rats, so they’d have time to rest). Then they were all given a day off before being reintroduced to the same mazes. The control rats, who weren’t getting any magnesium threonate, appeared to have completely forgotten their ways to the platform. But both the young and aged magnesium threonate rats still held on to strong memories of where the platform was, spending more than twice as much time around the platform as the rest of the maze.

Memory and Pattern Completion: Enhancement with Cues and Hints:

Of course a maze is a highly artificial environment, where all the walls and passages look the same. If a maze models anything for us, it’s a parking garage. And there’s a reason we get lost in parking garages! Navigating a town, on the other hand, seems easy, because we can orient ourselves by the big tree near the farm, or the store on the corner. We do this all the time, subconsciously. And not just when we’re trying to find our way someplace. Cues are absolutely central to memory. For example, when I’m asked for the last four digits of my social security number, I can not ever remember them unless I recite in my head the starting five first (the starting five are my cue, my cognitive landmark). And when I cannot for the life of me dredge up someone’s first name from memory, it almost always comes to my mind if they give me their last name. This is associative memory – connecting something in front of us with something in storage – and it’s all about filling in the blanks.

This ability to find our way, and dredge up memories based on hints and cues, declines significantly with age, especially when the cues and clues are incomplete. The research team explored this, by having young and old rats learn a maze with patterns and designs on the walls to act as landmarks. Then, given two days to forget what they’d learned, they were reintroduced to the same maze, with about half of the landmarks removed.

When this was done to young rats, the magnesium threonate didn’t matter. With or without it, they showed almost no drop-off in memory. They were able to fill in the blanks. But older rats were a different story. When the landmarks were partially removed, the ones who hadn’t been given any magnesium threonate got confused. It took them more than twice as long to complete the maze. The ones who had been given magnesium threonate, on the other hand, saw almost no drop-off in running time. They were able to “fill in the blanks” as well as the young rats, and ended up running the maze more than twice as fast as their fellow seniors.

Once again, if this translates to people, this would be huge.

Good question. I’ve had two coworkers take it. One feels that she benefitted; the other, not so much.

I understand that not all magnesium absorbs so well, but I take a very well-absorbing magnesium – won’t that be enough?

Probably not. One of the things which makes this research so special is that the research team compared the new magnesium threonate not just to placebo, or a cheap, poorly-absorbing form of magnesium, but to some of the better-absorbing forms of magnesium

already out there. Magnesium chloride (poor-absorbing) and magnesium citrate (well-absorbing) were both researched, and the magnesium threonate surpassed both of these others handily.

How much should I take?

The minimum effective dose for the rats in this study was 50 mg/kg magnesium threonate. Translate that to people, and you’d need one 660 mg capsule for every 29

pounds you weigh. (660 mg magnesium threonate yields 48 mg elemental magnesium). Obviously, individual needs may vary. And of course we’re not rats… The manufacturer is suggesting three capsules a day. That’s just about the dose the rats were getting, if you weigh 87 pounds.

How long do I have to take it before I notice results?

Somewhere between a week and a month.

How long will the results last? Will they go away as soon as I stop taking it?

Again, it’s tricky to extrapolate from rats to people, but in young rats, improvements lasted up to a month after they were taken off magnesium threonate. In aged rats, results dropped off after two weeks without the magnesium. In both groups, however, two weeks of magnesium brought them back to top form.

So what exactly does magnesium threonate do? How does it work?

The simplest answer may be to say that it helps brains cells make new connections, and that those connections appear to function more efficiently. The paper’s authors state that magnesium threonate “induced reconfiguration of synaptic networks from a small number of synapses with a high release probability to a larger number of synapses with low release probability.”  It’s sort of like the difference between driving a crappy car with a weak motor, and always ramming down on the gas; versus having a sleek new car with a powerful motor that responds to your slightest touch. Sort of.

There’s a lot more detail involved, and if you really want to know about NMDAR-dependant signaling, the density of synaptophysin-positive puncta, and Schaffer collaterals, you can find the paper in Neuron, available free on-line at http://download.cell.com/neuron/pdf/PIIS0896627309010447.pdf.

Is it safe? As far as I can see, yes. Very large doses of magnesium can cause loose stools. And there are certain very rare heart and kidney conditions where supplemental magnesium should be approached cautiously. But these are issues with any magnesium supplement, or any multivitamin containing therapeutic doses of magnesium