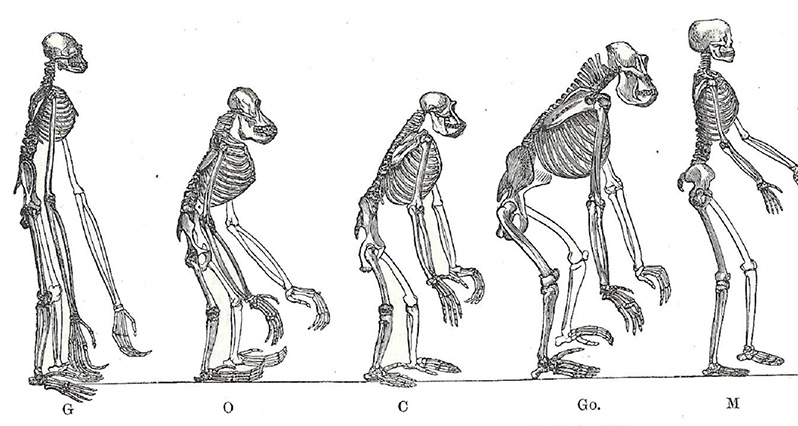 Let’s get one thing out of the way before we start. Calcium is not the solution to all things bone. Sure, it’s important. Necessary, even. But once you get enough – and “enough” may be less than you think – piling more on top of that accomplishes very little. In fact, too much calcium can sometimes do more harm than good.

For me, the message is to focus less on how much calcium we get, and more on calcium management. In other words, on the nutrients and habits that help calcium get to the right place, and keep it out of the wrong ones. But we’ll talk more about that later. For now, let’s begin.

What are bones, anyways? Bones are not “dead” like fingernails or hair. They’re made of living, dynamic tissue. Yes, they contain the rock-like mineral calcium, but this calcium is integrated into an organic matrix of cells, protein, blood, and nerves.

There dozens of kinds of cells in bone, but here we’ll focus on two: osteoblasts and osteoclasts. Osteoblasts build up bone – they create the organic matrix for the calcium to settle into. Osteoclasts break down bone – they dissolve the organic matrix, releasing calcium back into the blood. Both are important. Without osteoblasts, you couldn’t build new, resilient bone. Without osteoclasts, you’d never break down old, brittle bone to make room for the new stuff. Osteoclasts also free calcium from the bones for the rest of the body to use.

Osteoclasts and osteoblasts respond to estrogen and other hormones. Most therapies for osteoporosis (natural and pharmaceutical) work through one or both these cell types.

Prescription Treatments for Osteoporosis and Osteopenia include the bisphosphonate drugs (Fosamax™, Actonel™, Boniva™, etc.), teriparatide (Forteo™), and some estrogen-based therapies. It is beyond the scope of this paper to cover these in more than cursory detail.

Bisphosphonates work by inhibiting osteoclast activity – in other words, they slow bone breakdown. Eventually, this leads to improvements in bone density, but not necessarily bone quality. Bisphosphonates are generally not indicated preventatively. But they can reduce fracture risk when there’s already a moderate reduction in bone density.

Teriparatide is administered by injection. Rather than preventing bone breakdown, it stimulates bone growth. Generally, teriparatide is given only when your bones are pretty far gone. It’s usually used for a year (the FDA approves it for a maximum of two years only) to grow bone. Standard practice is to follow a course of teriparatide with bisphosphonates to maintain the growth. Side effects are generally rare, but are worth discussing with a doctor or pharmacist.

A Diet Conducive to Bone Health is a diet conducive to general health. In other words, eat right, and you’re already supporting your bones.

It’s also worth seeking out the foods listed under the various nutrients in the rest of this paper – dietary sources of calcium, magnesium, vitamin D, vitamin K, etc. (We’ll cover most of these next month).

We should also look at dietary approaches to inflammation and acid/alkaline balance.

Higher baseline inflammation is linked to increased bone loss – especially in the first 5 to 10 years following menopause. You can reduce baseline inflammation by avoiding bad fats, and focusing on good ones. Bad fats include fats from poorly raised animals, plus trans-fats, and anything fried. Good fats include fats from edible-when-raw nuts, seeds, and fruits; and well-raised

(grazing or foraging in their natural habitat) animal products1. Avoid excesses of sugars and simple starches, and foods that are browned to a crisp. Instead seek out a diet of whole foods, mostly plants – especially those that can stain your clothing.

A cup of coffee, a glass of wine? Both are fine. But regular excesses of caffeine or alcohol can begin to strip the bones.

The key take-away here is “use ‘em or lose ‘em!” In other words, put weight on those bones now. Walking – just plain walking – is among the best things you can do. Jumping rope is even better – as long as you don’t trip and fall. It is also worth exploring yoga or some form of low-impact martial art. These are all forms of weight-bearing exercise – which is not the same as weight-lifting. Here, weight-bearing means putting weight on your bones.

Calcium: To repeat, calcium isn’t everything. But it’s still important. So how much should we get? The answer may surprise you.

Normally I don’t like to cite “experts.” You can find an “expert” to agree with almost anything. But I figure if I’m going to disagree with half a century of nutritional dogma, I better have at least one expert on my side. So allow me to turn to arguably the most respected individual at the intersection of Nutrition and Epidemiology in the world today. Dr. Walter Willett is head of the Nurse’s Health Study – the largest study on human nutrition in the history of the United States. He heads the Department of Nutrition at the Harvard School of Public Health. He’s authored numerous textbooks, and over a thousand journal articles. He’s vegetarian, incidentally. He not anti-vitamins. And Dr. Willett says that 600 mg a day of calcium is plenty2.

Dr. Willett cites the science. In reviewing dozens if not hundreds of published papers, he says he simply hasn’t seen compelling evidence that going any higher than 600 mg is worth it. Meanwhile, there is evidence that 1,000 mg or more may be harmful, increasing the risk of heart disease, although this caution probably doesn’t apply to food sources of calcium4.

getting from there into the bone. These forms include microcrystalline hydroxyapatite, as well as the various calciums derived from seaweed and eggshell5.

To be clear, calcium carbonate is our least desirable form – the worst at getting absorbed, no matter how you look at it. Carbonate also needs stomach acid to get digested. With vigorous digestion (think: can you eat half a pizza with impunity?) it can almost rival a calcium citrate. With diminished digestive capacity, however, including anyone on acid-blocking drugs, absorption drops off significantly. And of course, since calcium carbonate depletes stomach acid, even digestion that’s strong to begin with can become impaired.

Food sources of calcium include dairy (of course!), including milk, yogurt, cheese, and whey protein. Other good sources are leafy greens (collards are among the best), soy foods (especially tofu), some mineral waters (check the label), old-fashioned bone broth, beans, almonds, sesame, and fish with small bones that you eat (sardines and anchovies, for example).

Finally, we should remember that calcium isn’t just for the bones. The brain and the heart both need calcium, too – and with much greater urgency. If blood calcium levels begin to drop, even a little, the body maintains those levels by using the bones as a “calcium bank.” Unfortunately, it’s a lot easier to make a withdrawal from this bank than it is to make a deposit. Long story short: one of the best ways to keep from depleting your bones is to keep blood levels of calcium consistent by getting small amounts of calcium throughout the day. In this case, it doesn’t matter if it’s food or a supplement. Large amounts once a day won’t get the job done.