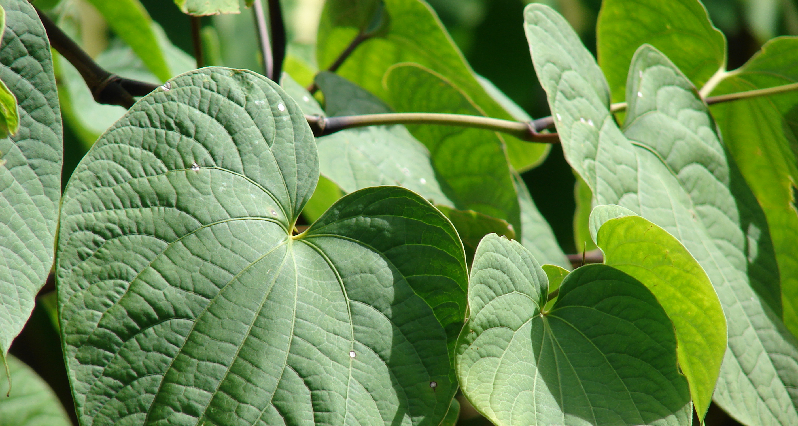 Kava (Piper methysticum) is a well-researched traditional remedy for anxiety and agitation. Photo credit Forest & Kim Starr via Wikipedia and under a Creative Commons license

Anxiety, simply put, is worrying.  And we’ve all done that!  Anxiety disorders, however, are when we worry for no good reason, or the worrying doesn’t go away, or takes over our lives.  Anxiety-related disorders are the most common psychological diagnoses in this country, outstripping even depression.

There are all sorts of anxiety disorders: generalized anxiety disorder (worrying) and social anxiety disorder (worrying about social situations) can both be termed “basic anxiety.”  But there are others that cross the line from anxiety into outright panic.  With panic, that undercurrent of worry doesn’t have to be present (although it often is).  Instead, you can be going along, happy as a clam, when all of a sudden some little thing triggers a panic attack.  And then it hits you like a ton of bricks: maybe your heart starts racing, or you start shaking, or your mouth suddenly gets dry, you stand there paralyzed, stammering.  In obsessive-compulsive disorder (OCD), panic may be triggered by very specific situations or thought patterns, and people go to great lengths to avoid these triggers, washing their hands repeatedly against dirt and germs, or never leaving the house.  There’s also post-traumatic stress disorder, where people relive a traumatic life event: think of shell-shocked war veterans or victims of rape.

Of course there is often considerable overlap between these, and with depression.

A few days ago, I had a chance to sit down with Janet Beaty, a local naturopathic doctor, and ask her some questions for this article.  With all the supplements out there, I wondered, did she have any favorites?  To whom would she give l-theanine?  What did she think about kava?  But instead of talking about supplements, she started out talking about indigestion.  A lot of people, she said, get anxiety because of indigestion.  I thought I misheard.  “Don’t you mean that anxiety causes indigestion, not the other way around?”

“No,” she replied emphatically:

indigestion can cause anxiety!  When people begin to have a health problem – whatever it is, whether it’s something to do with digestion, or they start to have a problem with arthritis – in some people that’ll trigger the anxiety.  Sexual dysfunction is another big one.  So are headaches.  Let’s say somebody has a headache one day, and it’s so bad they have to cancel a meeting.  Next day, they wake up without the headache, but now they’re afraid that another headache might come out of nowhere.  They no longer feel they can trust their bodies.  And of course a lot of anxiety can come out of that – even if people don’t realize it.  A lot of people come to me with anxiety, and we end up working on digestion, or on headaches or whatever.  Menopause is another really big one.  And many times, this makes a huge difference!

Dr. Beaty added that, if you can’t completely eliminate the underlying causes, you should at least try to even them out.  “It’s the instability, the unpredictability that makes people anxious.  When people know what to expect, there’s less to worry about!”

Following that train of thought, go easy on coffee, sugar, and alcohol.  If you’re a regular user of any of these, cut back dramatically for at least a week.  You may be shocked at how much of a difference it can make.

Dr. Beaty also emphasized the importance of exercise.  “And for mood control,” she says, “The most important part of the exercise is that it’s every day,” ideally in the morning, when it can “set the tone for the entire day.”  There is good research on exercise and anxiety, too.

Most people get low blood sugar because of high blood sugar.  The body, sensing lots of sugar in the blood, often overreacts and lowers blood sugar too much.  The answer to low blood sugar, then, is often to avoid the things that will spike blood sugar: so avoid sweets and refined starches – or at least eat them with plenty of protein, fat, and fiber.

Perhaps the best supplement to help healthy people control their blood sugar is the mineral, chromium.  Chromium’s effect, simply, is to dampen wild fluctuations in blood sugar levels.  So instead of going from extremes of 1-to-10 and back again, maybe the blood sugar will go from 3-to-7.  (Or something like that).  Interestingly, there was a placebo-controlled trial on chromium just published in February, 2003, in the journal Biological Psychiatry, not on anxiety but on major depression.  After 8 weeks on 600 mg chromium a day, 70 percent of the people getting the chromium improved, versus nobody in the placebo group.  Dr. Beaty says her favorite chromium is a combo product called GTF Chromium Complex, from the Rainbow Light Company.  I told her “That’s also Debra’s favorite!”

Moving on to natural medicine that deals directly with anxiety, perhaps the number one treatment is… PLACEBO!  If someone believes a treatment will work, it often does – even if that treatment is a fake, a sugar pill, a placebo[1].  This is especially true for emotional and psychological conditions.  So how do we use this placebo effect?  I’d like to quote here from Bill Mitchell’s wonderful Plant Medicine in Practice:

I use the placebo effect in my practice.  However, I do not use pure placebo such as small sugar pills.  Rather, I will give an herbal combination that is most likely tonifying to the patient.  By tonifying I am referring to increasing the vital force in the body as a whole, or any specific system of the body… I tell Bob that the medicine has a healing effect whose full power and effect are unknown but that every time he takes ten drops directly on the tongue, he will feel the healing properties of the plants working within him.  I tell him to breathe deeply and relax for 1 minute to allow the plant properties to be absorbed into the body and help to direct the healing traffic.  I tell Bob that I am interested in what he discovers in the ensuing weeks and to report back to me with any exciting or significant news.

I have engaged the botanical and placebo effect in this exercise.  I have created the expectation of change and movement toward wellness… Know that healing is a mystical as well as a scientific endeavor.

This sort of thing often has a profound positive impact.

Beyond placebo, to my mind, the single best natural treatment for anxiety is the herb, kava (Piper methysticum).  It flat-out works.  People tell me it works.  The research says it works.  When Debra used it for stage fright before  her television appearances, she says it worked.  When I used to use it so I could come away from my three-hour final exams without a tension headache, I can guarantee it worked for me.

The Medical Journal of Australia recently published a review entitled “Effectiveness of complementary and self-help treatments for anxiety disorders” (October 4, 2004), in which natural medicines were ranked from 1-5 based on how much evidence there was for them.  (Although bear in mind, there’s a lot of stuff out there that still works even though there’s no evidence for it – yet!)  Kava scored a 1, the highest ranking.  The reviewers wrote: “A…review of 11 [randomized clinical trials] concluded that kava is superior to placebo for treating generalized anxiety. Adverse events reported in these trials were mild, transient and infrequent. Kava is also non-addictive at therapeutic doses.”

Kava doesn’t impair mental or physical performance like valium-class drugs do.  In fact, in one trial with healthy adults, they actually performed better!  And it works quickly.  30-60 drops of the liquid extract will usually be felt within 20 minutes.

Recently, concerns have been raised that this herb can be rough on the liver because a very, very few people ran into liver problems while they were using kava and other drugs simultaneously.  I went into it in a previous newsletter, and I’ve run out of space to do it again now.  Bottom line is: the only three things we know for sure are 1) Kava is safe for 99.999% of people who take it; and 2) its side effect profile has never exceed placebo in a clinical trial; and 3)  no liver toxicity has ever shown up in less than three weeks of regular use.  I, personally, feel very safe taking it.   (More next month).

[1] In 1959, the New England Journal of Medicine reported a placebo-controlled study that would be illegal if it were conducted today.  Patients scheduled for heart surgery were divided into two groups – without their knowledge or consent.  One group got the real heart surgery, while the other received a placebo operation – they were cut open, then stitched back up again.  Not only did the placebo surgery work, it worked even better than the real surgery.  In fact, a full 100% of the placebo group reported long-term improvements, versus only 70% of the treatment group!