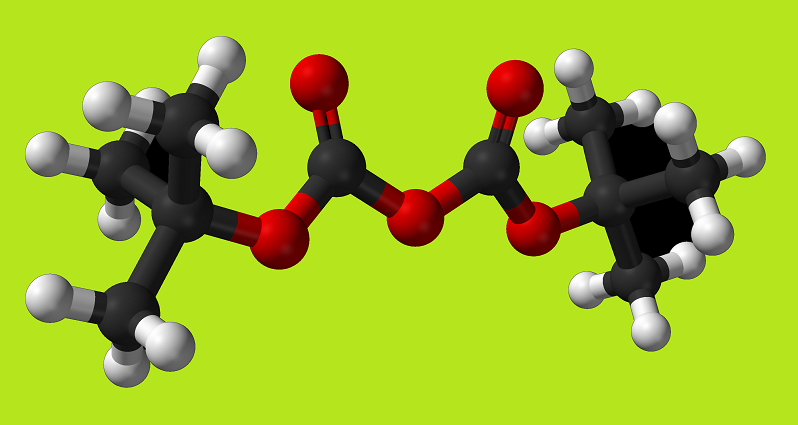 a molecular model of 1,4-dioxane

We shop in the store, just like you do, because we believe in natural and organic, because we want to leave the planet a better place, and because we want our families to be healthy and happy. When we put a product on the shelves, it’s because it’s something we might want to buy! So it was especially upsetting to read the Organic Consumer Association’s (OCA) report on 1,4-dioxane on “natural” bodycare and household products. But we trust the OCA, a watchdog and advocacy group with more than 500,000 members. This is no trade organization or industry mouthpiece; in fact, the OCA often directly opposes powerful interests in the organic industry.

We’ve been aware for a while that certain factions in the organic bodycare and household goods industry have been cutting corners. And perhaps we grew too complacent about this ourselves, justifying our stance with we have higher standards than Whole Foods!, rationalizing (they’re safer than the alternatives – and besides, we’re not talking about food here!) Mainly, we felt overwhelmed, not sure what to do. And part of that was a business decision: it’s hard to take something off the shelves, research a better replacement, explain this to all of you, and then hear dozens of people say “That’s okay – I’ll just go buy it at Whole Foods, or the drug store.”

Still, even we had no idea how big the problem was.

1,4-dioxane is absorbs readily through the skin, lungs, and gastrointestinal tract. Imagine a warm bath, Kelly says, the pores of the skin opened, steam rising to be breathed in….

For a better sense of 1,4-dioxane toxicity, and danger posed by levels of it, check out OSHA’s take on the subject at http://www.osha.gov/dts/chemicalsampling/data/CH_237200.html

You don’t have to worry about 1,4-dioxane in products that are truly natural, because it won’t be there. It’s only produced as a byproduct when certain artificial ingredients are manufactured. Watch out for ingredients that end in -eth, like laureth, ceteareth, myreth, etc. Also any polyethylene (including polyethylene glycol, or PEG), polyoxyethylene, and anything with oxynol in their names.

And you can find all this junk in products that claim to be “natural”! Unfortunately, there is no legal definition of “natural” or “organic” in bodycare and household products. And many manufacturers maintain that, when it comes to “natural,” it matters less what something is than what it came from.

Adam writes: “We must learn to think like lawyers, look for every loophole in language, and be strongly suspicious of ‘vegetable-derived surfactants,’ ‘corn-based cleansers.’”

In fact, the prevalence of 1,4-dioxane can be traced back to so many consumers blindly clamoring for “greener” products. We were told to avoid sodium laurel sulfate, so we demanded that manufacturers remove it. Many responded, replacing it with sodium laureth sulfate, made by subjecting the harsher laurel stuff to the process which generates 1,4-dioxane. As Wendell Berry has often and eloquently reminded us, scientific “solutions” to problems created by science often create broader and deeper problems than we began with.

So anyways, we called a bunch of the companies implicated in the OCA report and asked them, basically, “what’s up?” We always asked to speak to someone who could discuss this issue at the level of corporate policy. We didn’t always, however, get to. This is what they had to say (in alphabetical order):

Alba: Spoke with their V.P. in charge of discovery, the guy who develops their products for them, and he claimed it was the first he had heard of the issue. This, more than two months after the OCA report. Alba has done no testing to confirm or refute OCA’s findings, has not reformulated or recalled product, and will “look into” doing something about it in the future.

Aura Cacia: AC is a subsidiary of Frontier Herbs, which has been doing the right thing since Rosemary Gladstar founded them a few decades ago. So how did they end up on this list? The Frontier spokesperson said that, for the first time ever, they outsourced product development – they’d never made a liquid bubble bath before, and didn’t know how to without help. They trusted their expert consultant.

They maintain that it’s okay to call a synthetic compound “natural” if it’s made from a natural raw material. Many companies take this position, but I had expected better from Frontier.

At any rate, Frontier has discontinued shipping the product, has run independent testing, and is reformulating it clean – although they still maintain their right to use the word “natural.”

Citrus Magic: Spoke with the head chemist (and owner?), whose background was originally in the petrochemical industry, and who was bluntly honest about the nature of “natural” and “vegetable-derived,” etc. He had the OCA results confirmed by an independent lab, and was surprised at how high the levels of 1,4-dioxane were. He is currently selling a product that is substantially, but not entirely, free of 1,4-dioxane. I’m not thrilled by the product, but I respect the candor of the manufacturer.

Giovanni: product is neither labeled as natural nor organic, so they’re not lying to anyone, and the levels were pretty low, relatively speaking. They’re looking into reformulating, which makes us feel good.

Jason: a subsidiary of the Hain Celestial Group (which is buying up independent manufacturers like it’s going out of style), this was the most unsatisfactory company we actually spoke with. Adam says: “More than a year after they had told me they were dropping the phrase ‘pure, natural, and organic’ from their labels, it’s still there, front-and-center. They said they don’t trust the OCA testing, but have done no testing of their own to confirm or refute it. They also said that only three of their products tested for 1,4-dioxane – and they make almost 100: that’s just a few percent! I countered that, yes, 3 of their products tested for 1,4-dioxane – and only four were checked: that’s 75%. I also pointed out that, regardless of the presence or absence of 1,4-dioxane, their products were neither natural nor organic. They replied that I could walk through a supermarket and find 50 frozen pizzas that were labeled ‘delicious,’ but which didn’t actually taste very good. Jason, they said, was no different, so why was I giving them a hard time? There ensued a discussion as to the nature of subjective vs. objective reality.

“Was promised a call back from someone in management, but never received it.”

Kiss my Face: The “obsessively organic” “leader in natural products for over 20 years” did not return repeated phone calls.

Nature’s Gate: did not return phone calls. (Although the product makes no explicit claims to be natural or organic, the name of the company sure implies a lot.)

Nutribiotic: did not return calls. The word “natural” is not used to describe the product as a whole, but is used as an adjective a number of times on the label in very suggestive contexts (i.e. the slogan, “where science works naturally.”) Tested higher for 1,4-dioxane than any other bodycare product on the list.

Shikai: Tests showed very low levels of 1,4-dioxane. Never claimed to be natural or organic. Still, Shikai took the time and expense to confirm results with an independent lab, discontinued shipping, and has already reformulated. Furthermore, they checked even those of their products not implicated by OCA.

We have pulled some products from our shelves and are continuing our investigation. We know we have “clean” and safe products from some wonderful companies. We’ll keep you posted as we learn more.

[1] Concord, on the other hand, keeps its recycling in-state. [2] If you’re looking for simple green household cleaning products, Alan Benjamin’s Global Balance company is without peer for honesty, integrity, and getting the big picture. For upscale but still down-to-Earth bodycare, Monica Skye’s Skye Botanicals is luscious and amazing.