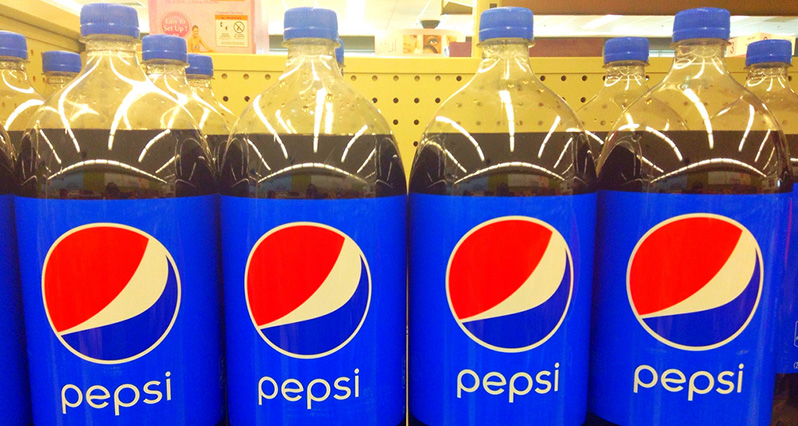 Many soda companies have moved away from high fructose corn syrup, in response to public pressure. But is HCFS really any worse than plain old sugar? Image courtesy JeepersMedia, via Flickr

How bad is high-fructose corn-syrup? Is plain sugar that much better? When we’re talking about long-term health, we really want to see long-term trials. We want to follow identical people with identical diets, whose only difference is what kind of sweetener they consume. But those trials don’t exist. Who would pay for them? Who would sign up for them? Who would stick to them? And would they even be ethical?

So right now, the evidence is based on blood work and epidemiological observations. Blood work is great, but in the end, it’s all circumstantial, and can only hint at long-term, real world outcomes. Epidemiological research is great too, but it’s also limited. No matter how hard we try, we’ll never really have two “identical” groups, with only one difference. In this case, maybe the people who consume a lot of HFCS also eat less vegetables, or consume more caffeine; or consume the exact same number of calories… only more of them in liquid form; or they cook less at home, and it turns out the act of cooking itself is somehow valuable.

The possible divergences are endless. So it’s all ultimately inconclusive. But here’s what I think the research says.

So, in terms of long-term, regular use, HFCS is worse. But they’re close.

It is my strongly held belief that all the health problems we’ve seen skyrocketing to correlate with the skyrocketing rise in HFCS consumption have less to do with the (chemical) type of sweetener, and more to do with the (physical) form the sweetener comes in. So much of our HFCS is in junk food, and especially junk drinks. Drinking our sweeteners instead of eating them; without chewing; without protein, fiber, or fat – just a straight shot of sweetener straight into the bloodstream – is to my mind by far the biggest problem here.

I’d much rather have a hearty stew sweetened with HFCS than a syrupy-sweet beverage on an empty stomach – no matter what the beverage was sweetened with.

And of course that’s all just my opinion.

Will There Ever Be a Cure for the Common Cold? “Cure” is a word that has a very specific meaning in medical research, and with something like a cold, which gets better anyways, we probably shouldn’t even be using it. So let’s talk instead about “treating” colds.

To be honest, there isn’t a lot of research on treating colds with natural medicine, either. Although the research is a heckuva lot better with natural med than with drugs. Pharmaceutical medicine simply hasn’t come up with decent antivirals or immune stimulants yet.

There has been some evidence that certain herbs (Andrographis, Umckaloabo, Elderberry, Echinacea depending on the study)[2], nutrients (NAC, zinc), and practices (using a neti pot) can lessen the duration and severity of respiratory viral infections. In my opinion, however, the best ways to treat a cold or flu are still waiting to be researched. For example, the American plant Lomatium, the coconut-derivative monolaurin, and the Chinese formula Yin Chiao are all standouts that haven’t been proven, or disproved, in solid trials yet. So, maybe just trust me on these?

[Debra here: No research, but worth mentioning so you don’t get sick – Burke Lennihan of Your Natural Medicine Cabinet says that the homeopathic cell salt, Ferrum Phos is the ‘nip it in the bud’ remedy, which typically works when you feel off, before you really get sick. Use it with either 30 C Arsenicum, the “nose running like a faucet” remedy, or Allium when the runny nose is turns red , itchy and raw. Now back to Adam…]

When we move to cold and flu prevention (i.e. taking something for a month or two to reduce the risk), the research all of a sudden kicks into high gear.

Let’s look at NAC. NAC is an amino acid derivative, which is to say it’s sort of a component of protein. It enhances immunity, clears toxins, thins mucous, and protects all the tissues of the body, especially the liver and lungs. In one absolutely stunning trial, 262 elderly Italian men were divided into two equal groups. One took two 600 mg pills of NAC daily for six months over the winter flu season; the other, two placebo pills. At the end of the trial, everyone had a blood test to show who had been exposed to the flu that winter.

An equal number of men in both groups were exposed to the flu. An equal number had developed an immune response to the flu. But of the men exposed, 79% of the men taking the placebo reported having flu symptoms, compared to only 25% of the men who took the NAC. Plus those who TOOK THE NAC AND got the flu got it much more lightly. In other words, the NAC helped the immune system work better and more efficiently, and mopped up the symptoms better.

I’m running out of space, but suffice it to say, there’s been equally solid research with American Ginseng, and tremendous circumstantial evidence with vitamin D. Also, neti pots. Using a neti pot once a day in the morning, just like brushing your teeth, seems to cut sick days in half. Of course none of the research with neti pots is placebo-controlled “gold standard” stuff. After all, nobody has ever devised a placebo where you don’t know if you’re sticking water up your nose… Then again, nobody has ever devised a placebo for a good night’s sleep, a nutritious diet, a positive mental outlook, or vigorous exercise. And we still believe in those…

Does Vitamin C Prevent Colds? There’s an awful lot of research out there, and most of it says “no.” However…

None of the legitimate research on vitamin C has involves more than what I’d consider to be low-moderate doses of the nutrient. The key word here is “legitimate.” You see, for clinical trials to be considered legitimate, study subjects can’t know if they’re receiving the study drug, or the placebo. Yet doses of vitamin C above 2,000 mg a day can slightly loosen the stools, which could be a pretty clear hint. So researchers who want to publish Good Science don’t even go there. Maybe, just maybe, higher doses – for example the 6,000 mg a day that Linus Pauling used to recommend – would actually work.

And finally, stepping outside the research, I’ve talked to a number of people over the years who will absolutely swear that high-dose intravenous vitamin C is a cold-and-flu-fighting miracle. Of course the IV raises blood levels much more dramatically than pills.

Bottom line: there’s probably benefit, at higher doses, in certain situations. But in my opinion, you can probably do better.

Is Mehmet Oz a Charlatan, or the Greatest Medical Communicator of the 21st Century? Maybe I just don’t have enough X-chromosomes to fully appreciate this savvy seducer, this charmer of the ladies with his soulful eyes, sleeves rolled up over his manly hairy forearms, as he promises a flatter tummy and firmer thighs; vibrant physical health and glowing emotional well-being.

Oh yeah, and he’s also a doctor who gives medical advice on the teevee.

Gosh, people love him! Me? On a purely superficial level, his style grates on me. I find his program tiring, the way that music playing too loud, for too long, can be tiring.

That being said, his recommendations are almost always useful.

That being said, they’re also almost always arbitrary. Take for example his premise that Sriracha sauce, kidney beans, and sweet potatoes are “the” three foods you should eat for a healthy heart. Sure, they’re all good for you. But why not pesto sauce, black beans, and Concord grapes? Or curry powder, onions, and blueberries? Sometimes, I think he’s just different for the sake of being different.

There’s also at times a shocking lack of nuance. So many things are seen simply in black or white, good or bad, where the actual truth lies in shades of grey.

Bottom line? If you want to get your health and medical information at 5 p.m. in 15-minute segments on the Fox channel, you could do a lot worse.

Is Coffee Bad for Me? Well, coffee contains caffeine, and caffeine is a stimulant drug. And overusing stimulants isn’t good for anyone. In the short term they leave you wired and jumpy, anxious, insomniac and hypertensive. Not to mention potentially addicted. Plus, caffeine is a diuretic that drains you of fluids and vital minerals.

But that’s overuse. In sane and rational doses, it’s pretty clear that coffee can join red wine, dark chocolate, and caviar as foods that are actually quite good for us – at least in moderation.

Regular moderate coffee consumption is strongly linked to a reduction in the risk for Type 2 diabetes, liver cancer, Parkinson’s, and dementia. It appears to reduce the risk of heart attack and stroke, and probably general cancer risk as well. It might help trim a few pounds. And while it’s hard to separate cause from effect here, coffee consumption is linked to lower rates of both depression and suicide.

So – and again, I stress the phrase in moderation – coffee appears to be very good for us. That being said, green tea will probably do you one better on the health front, plus it contains the calming nutrient l-theanine, which reduces caffeine jitters to boot.

[1] Come in this winter for a recipe card for my favorite wintertime stew. We’ll have them posted near the Black Beluga lentils, over in the bulk section.

[2] Echinacea is an extraordinarily complicated medicine, largely because the plant yields more than one medicine!. Flowers, seeds, leaves, roots – they all perform a little differently. Then there are the different extraction methods, not to mention the different species of Echinacea! Yeah, I can go into it. But I’d rather keep it simple, and just use other things.