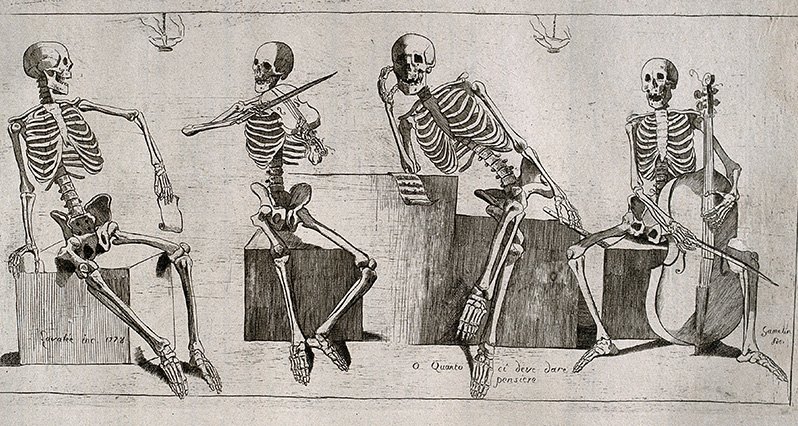 (The breakthrough getting the most press these days is vitamin D3, but we covered that over a year ago.  Archives on this and other cutting edge natural treatments for osteoporosis such as strontium and vitamin K2, plus bone basics, can all be found in our newsletter archives).

A study published last October in the American Journal of Clinical Nutrition found that women who consumed four or more cola drinks a week had lower bone densities than women who did not, regardless of other risk factors such as smoking, alcohol consumption, and calcium intake.  Men, oddly, did not appear to be affected.  The study, spearheaded by Katherine Tucker of Tufts University, relied on dietary questionnaires of over 2,500 people.  Although it was not entirely clear why cola appeared to lower bone mineral density, Dr. Tucker theorized that it may be the phosphoric acid.  Other sodas that did not contain phosphoric acid did not appear to lower bone mineral density.

Those of us who like fizzy drinks don’t have to choose just between the bad and the neutral: my favorite soft drink actually builds bone density.  I start with a bottle of Gerolsteiner, a fizzy German mineral water.  I pour it over a little bit of juice concentrate, usually something rich in antioxidants like cherry, blueberry, or (my favorite) pomegranate.  What I get is plenty of calcium (320 mg per bottle of Gerolesteiner), antioxidants from the fruit, and pure refreshment.  A squirt or two of ginger tincture is a nice addition, too.

For decades, we’ve been hearing how an alkalizing diet rich in fruits and vegetables can reduce the risk of osteoporosis, whereas an acidifying diet heavy in processed foods is bad for the bones[1].  Now, exciting research out of Switzerland is suggesting that a natural, alkalizing pill can do the same thing for bone density – while you continue to eat all the pepperoni pizzas your little heart desires.

The pill in question contains a form of potassium called potassium citrate.   In the Swiss research, 161 women with low bone density were given either potassium citrate or potassium chloride (which provided a similar amount of potassium, but was not alkalizing).  Everyone was also given 500 mg of cheap calcium (carbonate), and 400 i.u. of good vitamin D (D3).  The results were published in the November 2006 Journal of the American Society of Nephrology.

Now here’s the problem: the study used nearly 400 mg of potassium as potassium citrate three times per day, and in this country you legally can’t buy more than 99 mg of potassium in a single pill without a prescription.  So we’re talking a dozen pills a day if you buy them from us.  Or you can get your doctor to write you a prescription for the higher dose, and you pick it up at the drug store[2].

On the other hand, this is further evidence for the benefit of a healthful, alkalizing diet in maintaining bone mineral density.   Professor Reto Krapf, who led the study, is quoted as saying “In the modern diet, acid is generated from foods like dairy products, grains, and meats.  Previous studies have found that the kidney does not quite keep up in removing this excess acid load, resulting in mildly elevated blood acidity… [The potassium citrate] modified the effects of the normal diet, making it mimic the low acid content of the ancestral diet of nearly all fruits and vegetables.”

So instead of taking your pills, maybe it just makes more sense to eat your veggies…?

Soy for osteoporosis (plus menopause symptoms, too!)  To be fair, soy has had fairly mixed results with symptoms of menopause, some positive, some neutral.  And although you’ll sometimes see it marketed for bone health as well, I’ve never seen any solid reason to believe it would do anything there.  But now there’s a product called Femarelle (also known as “Tofupill” in Europe and the Middle East, and “DT56a” in the medical databases), which is made from soy, but is more than just soy-in-a-pill – and it’s coming up with very impressive results on both fronts.

How does Femarelle differ from all the other soy out there?  First, it is made from whole soybeans, not the extracts and isolates which are found in most soy supplements.  Then the whole soybeans are fermented.  Just like fermented yogurt has properties very different from those of milk, and fermented sauerkraut differs from raw cabbage, so does fermented soy have additional compounds in it compared to regular soy[3].

The folks behind Femarelle like to call it a Phyto-SERM, which stands for Selective Estrogen Receptor Modulator (“phyto-” is a prefix which means “plant.”)  Basically, this means that Femarelle acts like estrogen in the body – but only in certain places.  So for example in the bone, Femarelle stimulates the cells that build bone density, just like estrogen.  But in the uterus and in certain breast cancer cells, it does not act like estrogen, meaning that, as far as we know, it should not carry the cancer risks associated with more conventional hormone replacement therapies.

Femarelle has some solid research behind it.  The National Institutes of Health’s medical database lists eight studies over the last four years, two of which were full-scale, year-long human trials.  The study with bone loss involved 98 post-menopausal women.  Half of them received one pill a day of Femarelle; the other half received two.  After a year, the two-a-day group had added an absolutely amazing 3.6% to bone density in their lumbar spines, and 2.0% to their hips.  For the group getting one pill a day, there was a decrease of 0.6% in both areas.

The study on menopause enrolled 80 women, and, like the study on bone density, gave women either one or two pills a day for 12 months.  In this study, dosing didn’t seem to make a difference: around 77% of women in both groups saw significant relief.

[1]This has nothing to do with “acid stomach.”  Here, I’m talking about the acidity/alkalinity of the bloodstream and tissues.

[2] Which isn’t to say that a lower dose wouldn’t be effective, just that it hasn’t been researched yet.

[3] And of course it all depends on the method of fermentation.  Foods as diverse as watery soy sauce, meaty tempeh, and gooey natto all come from the same soy beans; they’re just fermented under different conditions, using different friendly bacteria.