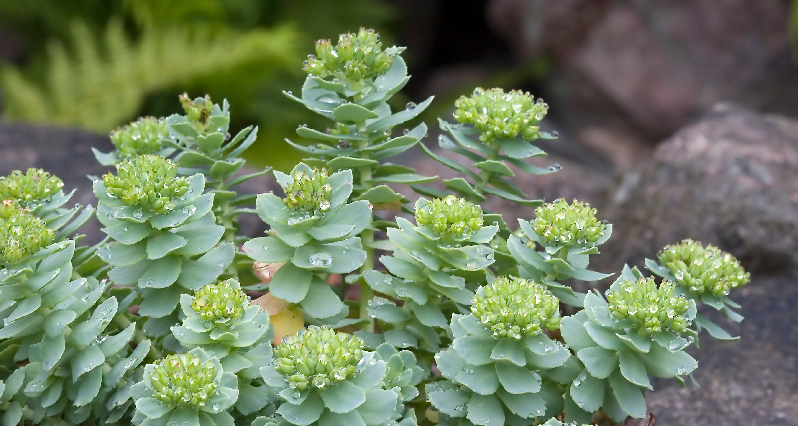 Rhodiola Rosea is an herb that doesn’t make you smarter… but it keeps stress from making you dumber!

We have more than an entire shelf’s worth of brain supplements at the store, and all sorts of stuff on other shelves, too, that people take to be smarter.  And most of them, frankly, won’t do much for you at least not if you’re basically okay to begin with.  It’s only when you head off into senile dementia, or start having strokes (or are looking to prevent them, years or decades down the road), that most of these really kick in.  There are also some nutrients which help people with ADHD, or soothe the endless worries that interfere with normal concentration.  But if you don’t have these problems, they won’t help you much, either.

There are a few things, however, which work even for normal healthy people.  Here are five of the best.  In no particular order:

Do you think you’re getting enough sleep?  How much is “enough,” anyways?  I don’t think anyone will ever be able to answer that question with scientific precision.  But let’s look back 130 years or so, to 1879, the year that Thomas Edison invented the light bulb.  In 1879, the average American said they slept about ten hours a night.  By the middle of the 20th century, with the power grid firmly established, and electric lighting and television in every home, that was down to about eight hours.  Now, we’re looking at an average of seven (thank you, internet!).  And a third of Americans are getting less than six.

For most of us, that’s just not enough.  I suppose I could hit you with all the research showing how important sleep is.  But does anyone really need convincing?

2. Caffeine.  Not only does caffeine sharpen you up quickly and efficiently, there’s evidence that what you learn while caffeinated is easier to remember later.  There’s a price to pay for caffeine use, however.  What you feel more of in the short time (energy, focus), you’ll have less of later.  Using caffeine is like spending money: you feel rich while you’re spending it; afterwards, you feel poor.

Knowing all this, I’m not putting down caffeine.  I’m just suggesting you use it wisely, i.e. not three times a day, every day.  And while coffee is fine, green tea is a much better way to get your fix.  Green tea also contains a compound called theanine (which you can also buy in pill form, if you’re interested), which “buffers” the effects of the caffeine.  Theanine is relaxing and calming, and it directly antagonizes the ways caffeine gives you the jitters.  Theanine increases alpha brain waves, which indicate an alert and relaxed mental state.  So with theanine to offset the caffeine, green tea provides a “smoother” caffeine buzz than coffee, or cola, or those little pills you can buy at gas stations.  Oh yeah, and green tea is also on my top-ten healthiest foods list.  And on Debra’s (I just asked her), and Kenyon’s as well (ditto).  Good stuff.

3.  The herb Bacopa is one of my absolute favorites.  Used for millennia in the Ayurvedic (Indian) medical tradition, Americans have only started using this fantastic herb in the last few years.  I first started using it myself eight years ago, in 1999, after I read a paper[1] which mentioned that Bacopa was the “true brahmi” of Ayurveda.

I’d previously been drawn to another herb, Gotu Kola, because of how it was always described: it promoted a peaceful, meditative state; it calmed the mind; it brought clarity or so people said.  I also liked that Gotu Kola was used in India to anoint the foreheads of newborns, to “open the gate of Brahma” (the Hindu god of creation), bringing wisdom[2].

Turns out, there are two herbs, each called brahmi in a different region of India.  Gotu Kola is one; Bacopa is the other.  Some early, over-eager European and American herbalists mistranslated some of the ancient texts, confusing the two, and that mistake was perpetuated through the decades[3].

So all that stuff I’d read about Gotu Kola was really meant to be describing Bacopa. Meditative calmness? Check. Clarity? Check.

And the research is there, too.  In one study, a small dose of Bacopa was given to 40 schoolchildren, ages 6-8.  Another 40 got a placebo.  The ones who got the Bacopa were able to learn a maze more quickly.  Their memories were better.  Their reaction times were better.  They did better in school.

Another study gave Bacopa or placebo to 67 healthy adults, ages 40-65.  Three months in, the people who were getting the Bacopa were much more able to hold on to things they had learned  they weren’t learning any faster, but they were forgetting a lot slower.  They were more mentally sharp as well, processing information more quickly.

But how does Bacopa feel?  In my experience, Bacopa reduces distractions.  It makes it easier to focus, without trying.  There’s a certain “flow” to studying, or writing.  One man who took it said he was able to play his guitar for hours without getting up or getting bored.

While there’s never a one-size-fits-all magic bullet for anything, to my mind, Bacopa is the herb for ADHD, or for people who just feel like it.  I’ve also know at least three people on the autistic spectrum who have benefited from it, and a few kids with more unusual learning disabilities.  In India, it’s used for epilepsy; recently, we’ve also learned that it relieves the brain fog caused by the anti-epileptic drug, Dilantin.

The herbalist David Winston, one of the truly great ones out there, describes its use in traumatic brain injuries with near-miraculous results.  And it may relieve anxiety as well.  Its only known contraindication is in hyperthyroid states, where it can actually make people more anxious.  I’ve only seen that happen once.

Rarely, it can take 2-3 months before you feel it.  Generally, however, you’ll begin to feel it in about a week.

Most adaptogens do basically the same thing, but they all have very different characters.  So Asian Ginseng is a warming and stimulating adaptogen, while Ashwaganda (which can be used in most of the same situations) is more calming and relaxing.  Rhodiola, more than any other adaptogen, protects us from the cognitive effects of stress.  I consider it a white collar adaptogen, a PhD candidate’s adaptogen, an overworked lawyer’s adaptogen.  It won’t make any of these people any smarter, or stronger, or fitter, or more alert.  But it will keep stress from making them stupider, weaker, flabbier, and more distracted.  The research here is amazing.

One study with Rhodiola involved Indian medical students during their three-week final exam period in a Soviet medical school.  So on top of the stress of their finals most likely the most intellectually grueling three weeks of their lives they’ve got to deal with a foreign country and a foreign language as well.  Half of them were given Rhodiola; half were given a placebo.

At the end of the three weeks, they were put through an entire battery of physical and psychological tests, and filled out questionnaires.  The differences between the two groups were amazing.  The students who had gotten the Rhodiola reported a more stable mood, a better mood, greater motivation to study, greater focus and concentration, needing less sleep (but sleeping better), and more energy, both mental and physical.  They also did better on their exams, scoring a 3.47, versus a 3.2 for the students who had gotten the placebo.

In another study, young doctors on night call were given either Rhodiola or placebo.  After three weeks, the ones on the Rhodiola were once again better able to focus and concentrate, and did better on tests of mental ability.

In yet another study, a one-time dose of Rhodiola was given to people right before they sat down to proofread.  Now if you’ve ever had to proofread anything, you know how stressful and tiring it can be.  When I volunteered to proofread Debra’s second cookbook as my birthday present to her a few years back, it nearly drove me crazy just sitting there for hours on end, trying not to lose focus as the words all squiggled and twisted across the page.  I was fine starting out, but after a few hours, I’d stare down at page I’d just finished, realizing I’d “read” it, but not actually seen anything it said.

It should come as no surprise what Rhodiola did here.  Starting out, both the Rhodiola group and the placebo group performed equally well.  But as the 24 hours rolled on, the placebo group started making more and more mistakes versus the people who had taken the herb.

[1] Kidd, P.M. A review of nutrients and botanicals in the integrative management of cognitive dysfunction.  Alternative Medicine Review. 1999, 4: 144-161.

[2] Sometimes the ritual or culinary use of an herb, seemingly arbitrary, can be a vestigial reminder of a real medical use.  So take incense.  Those herbs usually kill airborne germs.  Or even take a modern ritual like cherry-flavored cough syrup.  Why cherry and not, say, grape, or peach?  Our great-grandmothers knew that cherry tree bark was actually an effective cough remedy.

[3] I wonder how often this sort of thing happens.  Remember how spinach is supposed to be so high in iron?  Turns out someone misplaced a decimal point back in 1870.  It took 67 years until someone caught the mistake.  But most of us still think spinach has ten times the iron than it actually does.