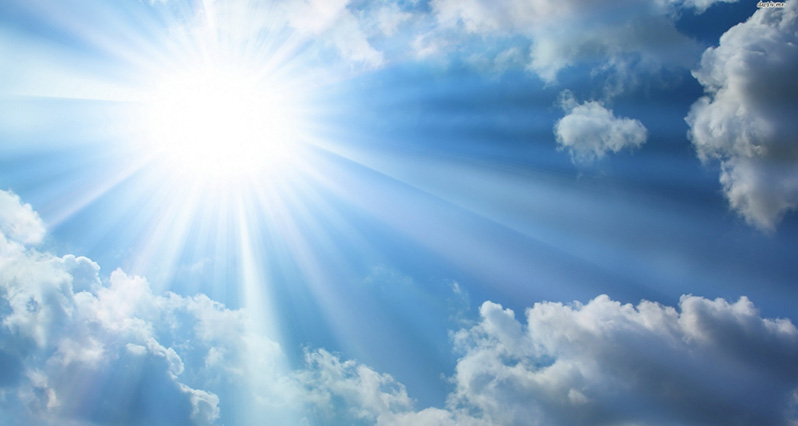 We make vitamin D when our skin is exposed to sunlight.

People call vitamin D the “sunshine vitamin” because we make it when sun hits our skin.  Which makes it technically not a vitamin (vitamins, by definition, cannot be made by the body, but must be obtained through the diet).

The whole “vitamin/not vitamin” thing is one of many misconceptions we’ve held about this crucial nutrient.  We’ve also been wrong about how much to take, what kind to take, and what it does for us when we take it.  Which is to say, we’ve been wrong about just about everything about vitamin D!

As little as ten years ago, most of us believed that vitamin D had little value outside of bone health, and even there, we believed it to be only of secondary importance.  Never in my experience has our understanding of a nutrient been as fully and completely revolutionized in such a short time.

When I wrote about vitamin D for this newsletter five years ago, we were starting to see how vitamin D played a significant role not only in bone health, but also seasonal affective disorder (“the wintertime blues”), muscle pain and weakness in the elderly, behavioral disorders, and even cancer.  And we had tantalizing glimpses into even more benefits: for high blood pressure, neurologic and muscle disorders, and vascular disease, including kidney disease.  We saw evidence how it might promote healthy immunity, while reducing the incidence and severity of autoimmune diseases like multiple sclerosis, inflammatory bowel disease, rheumatoid arthritis, and Type 1 Diabetes.

Well, in the years since, the research certainly hasn’t slowed down any.  The National Institutes of Health online medical database recognizes 12,492 peer-reviewed scientific papers on or relating to vitamin D published in the last five years alone.  Granted, not all 12,492 are “gold-standard” trials — although some certainly are — and not all are positive, either.  There are a few instances where we learned that vitamin D doesn’t do something we hoped it would.  But as the body of research continues to grow, we see that, for the most part, vitamin D is everything we wished for and more; not necessarily a panacea, but close; and still just about the cheapest thing in the natural product store.

Ten years ago, most of us also thought that the average American was getting enough vitamin D.  That was wrong, too.  Five years ago, it had already become clear that deficiencies were widespread.  According to the journal, Current Medical Research & Opinion (April 2005): “Many people currently do not have adequate vitamin D levels. This problem has been documented in many studies around the world, regardless of age, health status, or latitude, and is especially common among older adults… more aggressive supplementation efforts are urgently needed to address this important public health problem.”  Since then, many physicians have begun testing for vitamin D levels.

Even JAMA, The Journal of the American Medical Association got into the act:  “Oral vitamin D supplementation between 700-800 IU/day appears to reduce the risk of hip and any nonvertebral fractures in ambulatory or institutionalized elderly persons. An oral vitamin D dose of 400 IU/day [the U.S. government’s recommended daily allowance] is not sufficient for fracture prevention.” (May 11, 2005).

Which was pretty surprising, seeing as how the “experts” (myself included, I’m embarrassed to admit) had always said “keep it under 1,000 IU a day.”  The idea being, if you get too much vitamin D, you absorb too much calcium, then the calcium gets deposited where it shouldn’t, and you end up with kidney stones, calcification of soft tissues, etc.

That’s not much of an issue, though. First, you have to convert vitamin D to its active form before it can do much of anything, and the body is unlikely to convert more than it needs (there’s a negative feedback mechanism involved). Secondly, while vitamin D helps get calcium into the body, it also helps manage calcium once it’s there to keep it from going to bad places while helping it get to good places.

There really was never any good reason to keep it under 1,000 IU a day.  It was just what everyone said, mostly because everyone else was saying it.  And now we have the British Medical Journal editorializing that 1,000 IU a day — the former maximum — should be a minimum for every man, woman, and child through the English winter.

We have evidence that higher doses are quite safe, as well.  For example, the February, 2001 American Journal of Clinical Nutrition reported on a study where either 1,000 or 4,000 IU a day of vitamin D was given to 61 healthy adults for 5 months. There were no problems.  In this country, the standard corrective dose for even a borderline deficiency averages upwards of 7,000 IU a day for 6 weeks.  And a study out of Australia recently found that 50,000 IU a day for ten days was safe.

Even moderate sun exposure can generate the equivalent of a 10,000 IU oral dose or more.  More about sun exposure later…

So where do we get vitamin D?  Well, other than sunlight, two of our richest sources are fish and liver – and when you combine those two to get cod liver oil, that’s your vitamin D superstar.  Most gourmet/medicinal mushrooms are good sources of D as well: shiitakes, maitakes, oyster mushrooms.  Egg yolks and dairy products also contain small amounts.  (Dairy and dairy substitutes are also often fortified with additional D).  Fish eggs are a great source (caviar isn’t just expensive; it’s also good for you!)  To be honest, I wasn’t able to find a comprehensive table of vitamin D levels in food – and what I did find was on-line and unattributed.

There are two major types of D: D2 (ergocalciferol) and D3 (cholecalciferol), and they are not “equal.” D3 is found in animal products, including dairy, while D2 is derived from fungi.  Both need to be converted in the body to an active form called 1(25)dihydroxyvitamin D.  D3 gets converted more efficiently, and is preferable.  Still many foods are fortified with D2, and many supplements contain it.  Why?  Well, D2 is cheaper, and it’s also vegan.  D3 is a little more expensive (although we’re talking pennies), and is almost always derived from fish liver oil or a lamb’s wool byproduct called lanolin.

D3 is also the kind of D we make, when sunlight hits our skin[1].  In fact many of us get most of our vitamin D from what we make vs. what we take in orally.  Obviously, then, supplementing with D is especially important in winter and in people who don’t get out much.  One study of elderly residents of Framingham, MA found that blood vitamin D levels[2] dropped more than 20% over the winter.  Another study examining young women in Boston found that their levels dropped almost 30%.

[1] By definition, “vitamins” can not be made in the human body.  So technically, “vitamin D” is a hormone.