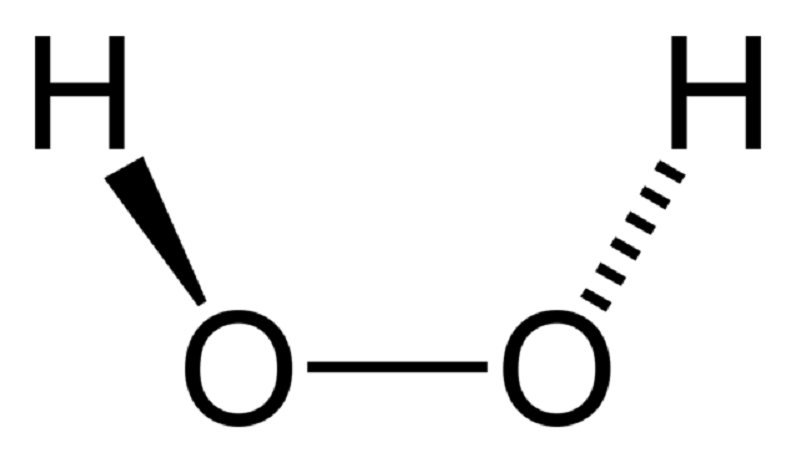 Recently Matthew J. wrote me about taking a bath with hydrogen peroxide added and sent me to the website and the book, Medical Miracle or Health Care Hoax? by Nathaniel Altman.

Matthew wrote that a single 45-minute soak in the correct solution can cure sore throat, the onset of a virus, even cure longer term illnesses. He said his skin is noticeably less wrinkled as a result of the weekly bath he takes with H2O2 added.

The book by Nathaniel Altman says that “Hydrogen peroxide is made up of two hydrogen atoms and two oxygen atoms… Hydrogen peroxide is involved in all of life’s vital processes, and must be present for the immune system to function properly. The cells in the body that fight infection (known as granulocytes) produce hydrogen peroxide as a first line of defense against invading organisms like parasites, viruses, bacteria and yeast… Hydrogen peroxide has long been used medically as a disinfectant, antiseptic and oxidizer, but has only recently been found to successfully treat a wide variety of human diseases with a minimum of harmful side effects.”

While the book (and many websites) talk about using hydrogen peroxide internally, I wouldn’t do this on my own because it’s strong stuff! I’d want a doc working with me. How might I use hydrogen peroxide?

I have tried Michael’s suggestion and have used a cup of the OW & Company’s 12% aqueous solution of food grade hydrogen peroxide in a bath. This 12% solution is much higher than what you can find in drugstores but it’s less than the potency Michael said he uses. I didn’t soak for 45 minutes, more like 15-20. If I continue with a weekly dip, we’ll see if it gives me more energy and makes my skin more supple!

How else have I used H2O2? On my dish cloth to clean counters and tabletops and to sanitize lunch boxes I’ve taken on picnics. I’ve used it on a wooden cutting board to kill salmonella and other bacteria. (The U.S. Environmental Protection Agency has approved hydrogen peroxide as a sanitizer.)

I don’t add a ¼ cup of H2O2 to a sink of cold water to clean vegetables and fruits. But you can. Research published by the Journal of Food and Science in 2003 showed effective results of using hydrogen peroxide to decontaminate apples and melons that were infected with strains of E.coli. Directions said to rinse your food after soaking and washing.

Another use? To treat acne. H2O2 is the main ingredient in most acne medicines. Just dab H2O2 to the affected area once or twice a day and watch how quickly those acne spots disappear.

If you buy OW & Company’s H2O2 and bathe with it, would you let me know? If you use it other ways, let me know that too.