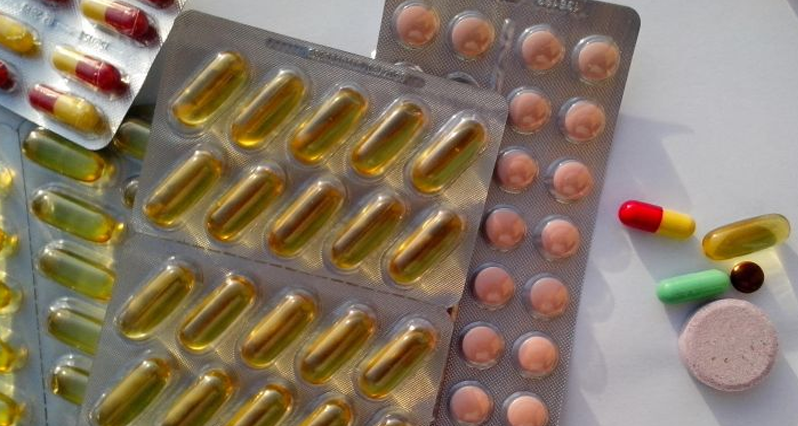 I just counted: we have 104 different multivitamins.  And they’re all “good.”  This guide should help you make sense of them all.

Tablet or Capsule, etc.?  First of all, this is not a quality issue.  Claims that liquids absorb better, or that tablets “go right through you,” etc., are mostly nonsense.

The only issues here are personal preference and convenience.  Compared to capsules, tablets are cheaper and can hold more stuff.  On the other hand, they’re harder to swallow, and need more time to digest, so it’s especially important to take them with food.

Liquids, chewables and powders tend to cost more than an equivalent-quality tablet or capsule.  They should be considered mainly for people who have a hard time swallowing, or who want to add them to a shake.  Purists should beware that chewables also tend to contain sugar; liquids usually have preservatives.  Most taste-able multis skimp on the b-vitamins because, frankly, they don’t taste very good.

How many pills a day am I willing to take (and pay for)?

Simply put, you can not get everything you need from a one-a-day formula.  The usual casualties?  Calcium and magnesium, which we need a lot of – too much to fit a day’s worth in a single pill.

There’s a lot to be said for the more comprehensive, more-than-one-pill-a-day formulas.  First, you split your dose up into 2 or more servings, so that what you take in the morning isn’t flushed from your system by evening.  This is especially important with vitamin C, the B-vites (except B12), and calcium.  Also, you can fit more in more pills.  (I mean, obviously.)  This can mean you get higher doses of vitamins and minerals, or it can mean you get “other stuff” (more about “other stuff” in a moment).

In my perfect world, everyone would be thrilled to take a comprehensive six-a-day formula.  In reality, not everyone is.  And that’s okay.  Even a one-a-day is a lot better than nothing.

What about this “other stuff”?

Beyond vitamins and minerals, there are literally thousands of nutrients that are good for us: antioxidants and energizers and superfoods and the like.  And while some people prefer their vitamins and minerals straight up (usually, it seems, based on some vague notion that “we don’t really know what any of this stuff does – it might be dangerous!”), I like the idea of a little green tea or Coenzyme Q10 or ginseng or whatever in my multi.

It’s important to be realize, however, that in all but the best multis, you’re not getting enough of anything to replace the full therapeutic dose needed to treat an actual condition.  (It drives me batty every time someone says, “Oh, I don’t need to take lutein any more, I’m taking Centrum now, and it has lutein in it!” when the 250 mcg of lutein per serving is 1/80 of a clinical dose).  No, the “other stuff” is just there to support general health or energy, or the immune system.  And considering how few milligrams of “stuff” can fit in a pill, you should look to see it’s something which is actually relevant in small amounts.  For example, a fraction of an ounce of cabbage powder or apple fiber is hardly even worth the ink it takes to list it on the label; that same amount of alpha-lipoic acid or resveratrol, on the other hand, can be significant.

Do I need a multi especially for men/women/teenagers/seniors?

No, you don’t.  Sure, some teen multis throw in reasonable amounts of acne herbs.  Some women’s multis may address PMS or menopausal symptoms.  Some male multis support the prostate a bit.  It’s more important, however, to pick a multi that’s right for you personally, rather than something which simply lists your demographic group on the front of the bottle.

Does it have to be vegetarian?  Vegan?

This is a personal decision which has nothing to do with the quality of the multi – except for when it comes to vitamin D.  More on vitamin D next month.

If you’re vegetarian, of course, you can rule out anything in gelatin capsules.

Do I really want a thousand percent of the Daily Value?

The Daily Values are minimums needed to prevent an outright deficiency; they are not necessarily optimum amounts for optimum health.  With many nutrients, especially the B-vites and vitamin C, you often want many times the DV.

Next month I’ll go through this vitamin-by-vitamin, mineral-by-mineral.  For now, suffice it to say that there won’t be dangerously high levels of any nutrient in a responsibly-formulated multi.  If you’re worried, speak with one of us, consult someone who has studied orthomolecular medicine, or check a solid reference book.  The Encyclopedia of Nutritional Supplements is dependable and accessible.

Is Centrum really that bad, anyways?

Yes, it really is.

Could you elaborate on that?

Sure. Read the labels. Let’s start with the two aluminum-containing compounds in the ingredient list.  Exposure to aluminum has been strongly linked to cancer.  Then there’s the yellow dye #6.  Ditto with the cancer on that one.

Then we get to the actual vitamins and minerals.  All the minerals are in their cheapest, most poorly-absorbing  forms.  The vitamin E is synthetic.  The vitamin D is the inferior D2.  I could go on.

The idea here isn’t to slam Centrum specifically, but to point out that there are real differences between multis. To be honest, not everything we sell is brilliant, either.  Although, out of the 104 I counted on our shelves, I can’t think of even one I’d trade straight-up for a bottle of Centrum.

Skip it.  Timed-release is great for single nutrients, but in a combo formula, some nutrients might be released too early, others too late for their own optimal absorption.

Food-based vs. food-grown vs. USP.

USP means United States Pharmacopoeia, and USP-quality nutrients are pure, isolated chemicals (“chemical,” incidentally, is not a dirty word).  As we all know, a pure chemical (say, vitamin C) is not going to provide the nutrition of a whole food (say, an orange).  There are other things in that orange that help the vitamin C work.  So, what to do?  Well, you could take your USP vitamins with a meal.  Or you could look for a multi that tries to mimic a complete food.

Some multis, called “food-based,” do this by adding food concentrates to their USP nutrients, for example citrus extracts added to vitamin C.  I really like the idea of food-based vitamins, but it really only makes a difference in the more-than-one-a-day formulas: you can’t fit much food in a single pill.

Some multis, on the other hand, are actual whole food concentrates.  Unfortunately, these are usually quite expensive, and very weak.

Other multis are what’s called “food-grown.”  For these, the manufacturer starts with the same pure USP nutrients that everyone else uses, and dumps them in a giant vat with all sorts of live yeasts and bacteria, which float around in the vitamin slurry, soaking up the nutrition.  Eventually, the yeasts and bacteria are killed, sanitized, and put in a pill.  (Okay, it’s a little more scientific than that).  And since yeasts and bacteria were once alive, the vitamins and minerals in them can be considered food.

I really appreciate the philosophy behind food-grown vitamins.  But I do take exception to some of the claims used to market them, which I often find to be misleading.  Yes, companies might be able to show that their food-grown vitamins are 10 times better as antioxidants than their USP equivalents.  But being a 10 times better as an antioxidant does not mean that it will be 10 times better, period.  After all, antioxidant activity is not what makes vitamins and minerals special!  Rather, it’s metabolic activity that makes vitamins special.  And never, ever, to my knowledge (and I’ve been challenging these companies on it for years), has anyone ever been able to show that a food-grown nutrient has any increased metabolic activity.

That being said, you do get the antioxidant boost, plus good absorption, and they’re often very easy on the stomach.

Finally, we should remember that some USP nutrients are, in a sense, food-form.  For example there’s a kind of zinc called zinc picolinate.  It is, as many point out, made in a lab.  Then again, so is food-grown zinc.  More importantly, zinc picolinate is found in breast milk.  It absorbs great, and obviously, it’s very much “in a form that nature intended.”  This is often the case with high-quality minerals.

Part Two Next Month: The quick guide to what to look for, and how much you want of it.