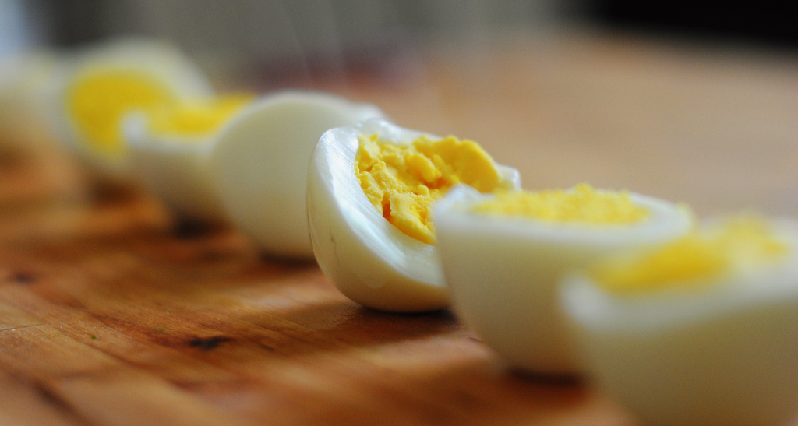 You’ve got to respect Linus Pauling:

He won the Nobel Prize twice and lived to be 93 years old. So when Linus Pauling said cholesterol doesn’t cause heart disease, maybe he was onto something. About a decade ago, he published a paper together with the cardiologist Matthias Rath entitled “Solution to the Puzzle of Human Cardiovascular Disease,” which outlined a novel theory. Since then, research has accumulated which both supports this original theory and builds on it. At the least, it’s taught us to look at two new indicators – not just cholesterol – to keep track of how we’re doing. And it gives us some real clues about what we can do to actually deal with the problem.

Our blood vessels are constantly being damaged, by oxidation, inflammation, and basic wear-and-tear. This is nothing unusual. The same thing happens in practically every part of our bodies, every minute of every day. Some things like smoking, inflammation or Diabetes increase the normal, daily wear and tear. In counterbalance, the body’s repair mechanisms also operate every minute of every day, trying to keep pace with the damage.

We all know vitamin C is good for us…

as an antioxidant and for colds and flus. And we know vitamin C is called the “repair vitamin,” necessary to maintain the strength and integrity of soft tissue like skin, internal organs, and blood vessels. People who don’t get enough vitamin C get a disease called scurvy: first, bleeding gums, followed by internal bleeding and even death. With scurvy, the tissues start to literally fall apart. Of course full-blown scurvy is practically unheard of in this country, in this day and age. But there’s quite a range between the minimum amount of vitamin C needed to prevent clinical scurvy, and the amount you’d want for optimal health.

The Rath/Pauling theory of cardiovascular disease looks at the role vitamin C plays in maintaining the strength and integrity of blood vessels and says that we are not getting enough for repair to keep pace with damage. Fair enough, but what does this have to do with atherosclerosis? Well, if there isn’t enough vitamin C to repair the ongoing damage to blood vessels, your body’s still got to do something so you don’t bleed to death from the inside: it needs to patch up the vessels… but how? And here’s where it all comes together: the body uses fats, including cholesterol. If this goes on long enough, the fats start to accumulate until they constrict the insides of the blood vessels. These fats start to oxidize – that is, go rancid – which attracts immune cells. The immune cells get stuck in the whole mess and cause local inflammation, which attracts more immune cells and damages the blood vessels further. And then more fat comes along… A vicious cycle ensues, and the end result is cardiovascular disease. Finally, bits of this fatty plaque can break free, travel into a narrower blood vessel, and clog it.

The biggest clue that something is going wrong, say Rath and Pauling, is when you have high levels of something called lipoprotein(a), a special bubble of fat which floats along in your bloodstream. Lp(a) helps fat bubbles stick to damaged areas instead of floating on by. Rath and Pauling were able to prove that the liver makes more lp(a) when you don’t get enough vitamin C, and that this production goes way down when you do. Interestingly, most animal species don’t have much of a problem with heart disease. And as it turns out, these species can all manufacture their own vitamin C. It’s only those species that can’t – us humans among them – which have to worry. And it’s these same species which have high levels of lp(a).

Admittedly, Rath and Pauling never got into the whole immune-inflammation thing. That comes from researchers who followed in their footsteps. There’s a particular marker of inflammation measured in blood tests called “C-Reactive Protein,” or “CRP” (the name actually has nothing to do with vitamin C). CRP is very, very important. In the Physician’s Health Study, CRP levels were rivaled only by the total cholesterol:HDL “good” cholesterol ratio as predictors for heart attacks and stroke. In other words, high CRP is a stronger danger sign than cholesterol. And in the Women’s Health Study, which tracked twelve separate markers, CRP was the single most accurate marker for predicting these events. Of course since CRP is a marker for inflammation, your levels can go up during infections, sprains, etc. High CRP is only a real danger sign when that other stuff isn’t going on.

For example, one large study, published in the journal Epidemiology in 1992, found that the group of people with the highest vitamin C intake had a 48-percent lower death rate due to heart disease than the group with the lowest intake. There are many, many more like this.

Some of you will ask, “What about that study from about two years ago, the one that showed a thickening of the arteries when people took vitamin C?” Well, thickening the arterial wall only makes it stronger, exactly what you’d expect from vitamin C! What the study never looked at was the inside of the artery. Did the tube get any smaller inside? Was blood flow impeded? I doubt it – but once again, they didn’t even look. And then newspapers got hold of the story, and the rest is history.

So what are the things that can increase the rate of damage to the arterial wall? First of all, look at all the things which can use up vitamin C. Smoking is prime culprit. Chronic inflammation can also be a major factor. In fact, vitamin C is so intimately involved in maintaining so many different aspects of health that practically anything “unhealthy” can deplete it. I was talking with Charles Mails, M.D. over at the Concord Clinic and he says that he not only looks at lp(a), cholesterol, and triglycerides, but he also looks for infections which might have implanted along walls of blood vessels. And sure enough, there is research linking cardiovascular disease with, among other things, Chlamydia and Herpes family viruses (including those that cause cold sores, chicken pox, and mono). Not surprisingly, chronic infection can cause chronic inflammation.

So does cholesterol cause heart disease?

Well, I think the analogy at the beginning of this article makes a lot of sense. Even if high cholesterol isn’t the culprit, it’s still a good indicator of trouble. But simply cutting cholesterol-rich foods out of your diet is probably not the answer. Only one third of cholesterol in your bloodstream comes directly from food. The other two-thirds is made in your liver. And you need cholesterol. Every cell of your body needs it. You make hormones from it. It’s a big part of your brain. More important than reducing cholesterol, I believe, is getting lots of antioxidants and limiting inflammation. A balanced whole foods diet and exercise in clean air can go a long way. Supplements can help, too. In fact, there are three in particular I want to write about, including a special form of vitamin E, but I’ll have to save those for next month.

So, what can you do? Well, obviously, vitamin C. Linus Pauling suggested 2,000 milligrams, three times a day. He says this will bring blood vitamin C levels to match those in animals who make their own vitamin C. He also suggests an amino acid, L-Lysine (the same one that works for cold sores!) Lysine is a part of collagen, the major stuff that blood vessels are made of. Plus, Lysine keeps fats from sticking to blood vessel walls when the build-up has already started. We carry two products designed specifically along these lines. One is called Lysine Ascorbates, from the Alacer company (“ascorbate” is just the chemical name for vitamin C). Each tablet has 500 mg of vitamin C and 500 mg of L-Lysine. The other is called “TLC,” from Orthomolecular Research, and it’s a powder that has vitamin C, Lysine, and other collagen-supporting nutrients in it. It’s a good deal for the dollar, and it tastes all right mixed in with juice.

If you want to get your lp(a) levels tested, the Concord Clinic is a good, local place. Of course they also test for triglycerides, cholesterol, etc., which are still important. The blood tests don’t cost too much. And if you want to read more about this, I’ll keep some articles and papers on file at the store.