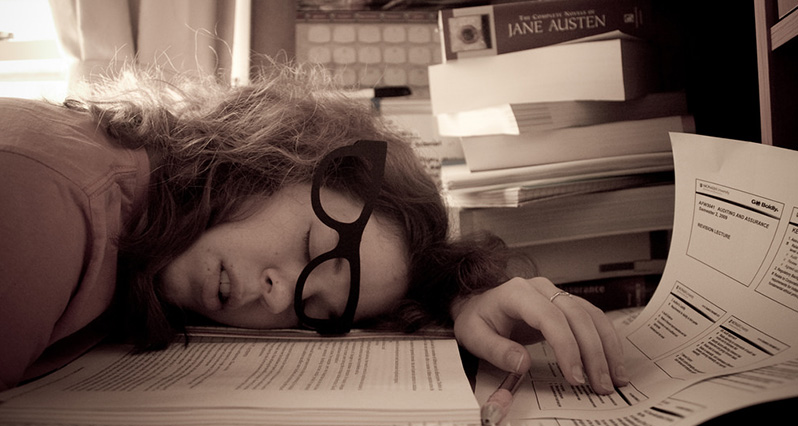 A good night’s sleep is absolutely foundational to good health.  The research is there (although yes, it’s hard to separate cause from effect on this one) that insufficient sleep is linked to slower and fuzzier thinking, a weakened immune system, anxiety and depression, weight gain, heart attacks, and fatal car crashes.  Not to mention wrinkles!

Yet so many of us sleep so poorly, or simply don’t sleep enough.

How much is enough?  Obviously, people vary.  But in 1910, before light bulbs and radios in every home, before computers and television, Americans reported sleeping over nine hours a night.  Even today, people living away from these distractions – scientists above the Arctic Circle in winter, lab subjects without windows and clocks – tend to average between 8.5-10.5 hours of sleep a night.

And yet today, Americans report sleeping about seven-and-a-half hours a night, often less. So we’re sleeping about 500 hours less than we did 100 years ago.  And according to data published in 2006 in the American Journal of Epidemiology, it might be a lot worse than that.  It turns out, Americans spend 7.6 hours a day thinking they’re asleep, but only 6.1 hours actually sleeping.  There’s time spent trying to doze off, time spent tossing and turning, which doesn’t count as substantive sleep time…

Now compare those 7.6 hours trying to sleep versus the 6.1 hours actually sleeping.  We’re looking at what researchers call an 81% “sleep efficiency.”

So, what can we do?  Well, of course I’m going to talk about herbal medicine and nutrient supplements, because that’s what I do.  There are, of course, also lifestyle changes that can help, but I’ll leave those to someone wiser…

Please understand this is far from a comprehensive list.  Hopefully, however, there’s a enough of a selection here you can read through and find something that resonates.  Even then, please understand there might still be a bit of trial-and-error before you find the right sleep remedy that’s right for you.

While I’m mostly writing about single herbs and nutrients, most people do better with formulas that combine two or more of these.

Tryptophan/5-Hydroxytryptophan (5-HTP): Most of us have heard of the neurotransmitter, serotonin.  While it is commonly known as our “happy” neurotransmitter, it would be more accurate to call it our “contented” neurotransmitter.  Sleeplessness that feels sort of discontented, then, often derives from a serotonin deficiency.  Putting off bed to watch one more episode of lackluster teevee?  Snacking late into the night because you “need a treat”?  Consider serotonin.

Unfortunately, you can’t get serotonin in a pill.  You can, however, get its precursors, tryptophan and 5-HTP.  The brain converts tryptophan (which we get from food) to 5-HTP, which in turn creates  serotonin.

Some traditionalists prefer straight tryptophan, which has been on the market longer.  Having said that, most people find that the 5-HTP works more efficiently.

People may take 5-HTP during the day to feel happier and more content, and to curb restless overeating.  A standard dose for sleep is between 50-300 mg about an hour before bed.

Melatonin: Melatonin is a hormone produced by the pineal gland at the base of the brain.  We produce it from serotonin, using vitamin B12.   We produce melatonin when light stops hitting our eyes; we shut down production when light begins hitting our eyes again.  So melatonin is a synchronizing hormone: It synchronizes the external rhythms of light and dark with our internal ones of wake and sleep.

Of course we can all stay awake in the dark, which indicates that melatonin isn’t a strong sedative, simply a gentle nudge in the right direction.  Sometimes that nudge is what we need.  And when our pineal glands aren’t producing enough melatonin to provide that push, we can take it as a supplement.

People at risk for melatonin deficiency include older people, people exposed to unnatural light cycles, and people who are vitamin B12-deficient (especially long-term vegetarians and people on acid-blocking drugs).

There are a lot of reasons to recommend melatonin.  It’s not a sedative, a 1mg dose comes in at 10¢ a night, and it makes sleep more restful on a deep physiological level. There’s also reason to believe that melatonin is protective against heart disease, dementia, and cancer.

Melatonin is especially useful in dealing with jet lag, shift change issues, and sleeplessness without an obvious emotional component.  There’s been some solid research using melatonin with teenagers on stimulant medications.  A standard dose is 1-3 mg a night.

Valerian Root: In Germany, where many herbs are counted and accounted for like drugs, preparations of this root are the country’s best-selling over-the-counter sleep medicine.

Valerian is a simple and uncomplicated sedative.  It doesn’t really focus on anxiety or tension, discontent, or any of the other emotional factors that can sometimes feed into sleeplessness.  It’s just a nice gentle little knockout.  In about 10-15% of people, Valerian creates a paradoxical reaction where they get more wakeful.  Hard to predict…

Passionflower: First, ignore the name of the plant.  The name derives from the Spanish conquistadors who saw Christ-like symbology in the “crown of thorns,” etc.  So, no, Passionflower will not assist with that other bedroom activity…

What Passionflower will do is help you relax.  Allow me to quote the great herbalist Michael Moore, from Medicinal Plants of the Desert and Canyon West: “Passionflower is a simple, uncomplicated sedative… it has little of the ‘downer’ sensation of other herbs and drugs… It is virtually devoid of side effects in sensible doses and is more calming than narcotic.  Some people like an ‘edge’ to their sedatives; Valerian would probably be their choice… There is no edge to Passionflower; it lets you down a couple of notches, and it’s then up to you to take it from there.”  Going back to other of Mr. Moore’s writings (if I may paraphrase the master), Passionflower is especially useful for heavier folk who get all high-blood-pressure at work, and then hold on to that high blood pressure into the evening.  Again, the key phrase for me is “take it down a notch.”

Kava Root: Whole dissertations can be written about this South Pacific herb.  Let me just say this: for most people, Kava is simply the single best and most efficient herbal remedy for crushing anxiety – everything from stage fright to lonely late-night, pit-of-the-stomach pangs.

Silk Tree Bark: Yet another remedy that isn’t exactly a sleep remedy…  Silk Tree is sometimes called Mimosa.  The Chinese call it He Huan, or “The Tree of Happiness.”  Silk Tree is an ideal remedy for sleeplessness that derives from pangs of grief or the shock of loss.

Both the bark and flowers are used.  But here, you’re going to want extracts of the bark.   Try about 120 drops of the standard tincture throughout the day for a few days.  It combines well with the Chinese formula Xiao Yao (“Easy Wanderer”) for outrage and anxiety at loss.

GABA and PhenylGABA: Gaba (Gamma-Amino-Butyric Acid) is a neurotransmitter that normally occurs in the brain.  It has the effect of quieting the mind.  Many herbs that are calming and/or relaxing work by modulating GABAergic activity in the brain.  GABA is also available in pill form, so you can raise GABA levels directly.

Too much GABA can cause tingling nerve jitters in the body, as the excess GABA overwhelms the body’s ability to transfer the GABA to the brain where it belongs.  That shouldn’t be an issue at the doses I’m recommending, but if it is, just take less, or stop.

PhenylGABA is a form of GABA which many describe as better and stronger – I’ve heard 2 or 3 people call it “magically” effective (or some wording to that effect) when all else has failed.  To be honest, I don’t know that much about it, and it’s not a cheap thing to try.  We sell it in a product called “Gabatrol,” which as of now has a very small, but very dedicated following.

Ashwagandha: Ashwagandha used to be called “Indian Ginseng,” until it became illegal in this country to call anything “ginseng” that isn’t actually ginseng.  But to herbalists, it’s still very much a “ginseng-class” herb, which is to say, it’s a stress-response herb, or an adaptogen.

Adaptogens increase the body’s adaptive capacity in the face of stress (strengthening you, basically), while at the same time reducing the actual response to stress (calming you).  Adaptogens are a fascinating, and fruitful, topic, but for another time.  For now, suffice it to say that David Winston’s book on the subject is the definitive text.

Ashwagandha is arguably the most relaxing of the adaptogens.  (The Latin name is Withania somnifera.  Withania is simply the genus of shrubs to which it belongs; “somnifera” means “sleep-inducing.”) It will strengthen you, yes, gently and reliably; but also gently and reliably help ease you into sleep.

The research here shows that it not only helps people get to sleep faster, but also deepens sleep and makes it harder to disturb.

As an adaptogen, Ashwagandha not only helps you sleep, but makes you feel better and more rested even when you haven’t gotten enough sleep.

And for those situations where you’re simply not going to have enough time to get a good night’s sleep, you might want to consider another adaptogen called Rhodiola.  There’s been some tremendous research here showing very significant benefit with sleep-deprived brain fog.

“Sleep-Through,” by Gaia Herbs: I normally don’t mention brand-name formulas.  But this one deserves a shout-out.  As the name implies, Sleep-Through is more about staying asleep than getting to sleep.  Sleep-Through has been on the market for maybe six months now, and so far the feedback I’ve gotten has been tremendous.