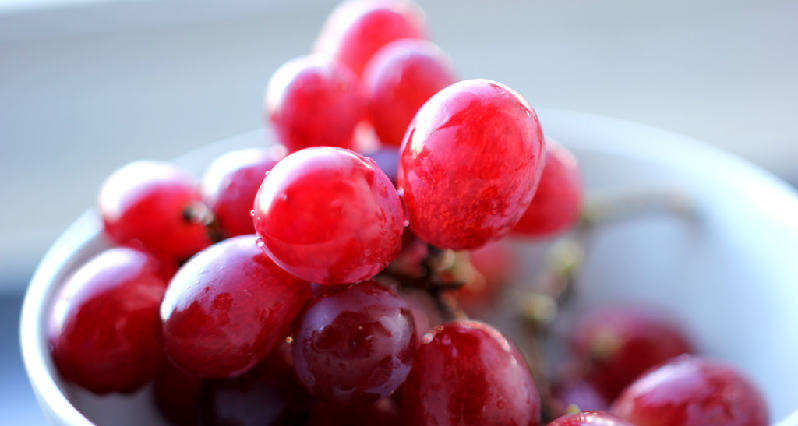 It’s interesting to follow the research on “up-and-coming” supplements as it develops over a number of years.  You start with one or two intriguing (but inconclusive) test tube studies, watch it move on to a few small animal trials, then wait for the big human trials that will either prove or disprove all the hope, hype, and conjecture.

Resveratrol, a substance found in red wine[1] and red grapes, and in some other plants, has been on the radar for a while now.  While it hasn’t progressed to the stage of large human clinical trials, the animal and test tube research is quite impressive, both in terms of sheer volume (over 100 published studies), and in terms of the results.  In various studies, resveratrol has been shown to protect alcoholic mice from liver damage, safeguard our DNA, reduce the risk of diabetes and cancer, protect the heart and brain, and basically just make everything run smoother and more efficiently inside the cells.

But all of that now pales in comparison to two new studies, published just weeks apart last November, in which resveratrol did some things that were, really and truly, downright amazing.

In one of the studies, healthy mice on high-fat diets were divided into two groups, one that was given resveratrol, and one that was not.  The idea here was to see if resveratrol would make the mice’s cells function more efficiently.  It did.

Some of the results, it’s true, were only of interest to the biochemists, such as when resveratrol caused a “decrease in PGC-1alpha acetylation and an increase in PGC-1alpha activity.”     Other results, however, speak for themselves.  The mice that got resveratrol only gained a third the weight of the mice that didn’t, even though all were given the same diet, and ate the same amount of food.  Furthermore, the mice that had been given resveratrol were able to run literally twice as far as mice that weren’t – even when weight wasn’t a factor.  Twice!  Think how hard you’d have to train so you could run even 10% farther than you can now.  The mice that got the resveratrol also had lower resting heartbeats, just like endurance athletes.  On a cellular level, their muscles were simply able to generate more energy, more efficiently.  The lead researcher of the study, Johan Auwerx, put it succinctly: “Resveratrol makes you look like a trained athlete without the training.”  All this after only three weeks on the stuff.

As impressive as that is, it’s only half the story.  In the other study, resveratrol was once again given to healthy mice on a high fat diet similar to what many Americans eat.  But instead of looking at weight and endurance, the researchers here began by looking at heart and liver disease – two of the main consequences of an unbalanced, high-fat diet[2].  As expected, resveratrol exerted a strong protective effect.  But that was just the beginning.

Rather than end the study then, the researchers chose to carry it forward to its logical conclusion.  The study started with middle-aged mice, and it went on for six months, until many of the mice began to die naturally, of old age.  After these six months, 30% fewer of the mice given resveratrol had died compared to the mice that were not given any.

Understand now, this is absolutely unprecedented in the history of scientific research.  Simply put, you just can’t give animals something to make them live longer[3].  (You can, however, take something away: the only other thing that will consistently extend life is caloric restriction, namely spending your entire life on a diet).

Supplements might help old animals act younger and think smarter, with raging libidos and physical stamina.  But they don’t extend life in healthy animals, at least not in the research that’s out there now.  Sure you can give animals stuff to help them live longer if they’ve got some sort of disease that’s killing them.  Supplements and drugs can help sick animals survive longer, but so far, they haven’t been shown to help healthy animals live longer.  None of our miracle herbs and nutraceuticals – vitamin C, green tea, CoQ10, reishi mushroom, fish oil, alpha-lipoic acid, etc. – none of them consistently extend life span[4].

Of course it’s always difficult to extrapolate from animal studies to results we can expect when we start popping pills.  The results here are promising, because the genes that resveratrol activated in mice also appear to exist in people.  (Or at least people from Finland; the rest of us, we don’t know about yet).  Interestingly, the genes activated by resveratrol include the same genes activated by caloric restriction.

It’s also difficult to extrapolate from some animal research because of the doses used.  In these studies, the mice were given very high levels of resveratrol, more than a reasonable person would be expected to consume.  In one of the studies, for example, mice were given close to 100 mg per pound of body weight.  You’d certainly have to drink a lot of red wine, or take pills by the handful.

So what does all this mean, then, for a person whose intake of resveratrol would be more moderate?  Well, it’s impossible to say for sure.  But here’s how I think of it: mice might be taking a lot more resveratrol than we do, but on the flip-side, there’s a lot less time for the resveratrol to work[5].  You’re comparing a very high dose over a matter of months, with a much lower dose over a matter of decades.  So yes, I do think we can extrapolate from high-dose mouse studies, both when we’re looking at long-term protective effects of a benign substance, and also when we’re looking at high-dose administration of carcinogenic or toxic compounds.

[1] Many people look at the proven benefits of red wine, and want to attribute them solely to resveratrol.  This is a mistake.  The health benefits of a food can almost never be reduced down to a single, isolated substance.

[2] It’s worth remembering that fat is not bad for us per se, just certain unhealthy fats.  Traditional Eskimos have a lower incidence of heart disease than we do – and the highest-fat diet of any ethnic group.

[3] Well, sort of…  there actually have been a few studies where a substance extends life in healthy organisms – just none in mammals.  I’ve actually seen three such studies, with yeast, a short-lived species of fish, and fruit flies.  All three were published in the last few years.  And all three used resveratrol.

[4] The most promising research, so far, has been with a combination of acetyl-l-carnitine and alpha-lipoic acid that, although it didn’t extend life span, appeared to make cells behave as though they were “younger.”

[5]  The average mouse lives just over two years; the oldest mouse in recorded history died 12 days after his fourth birthday.  His name was Yoda, incidentally.