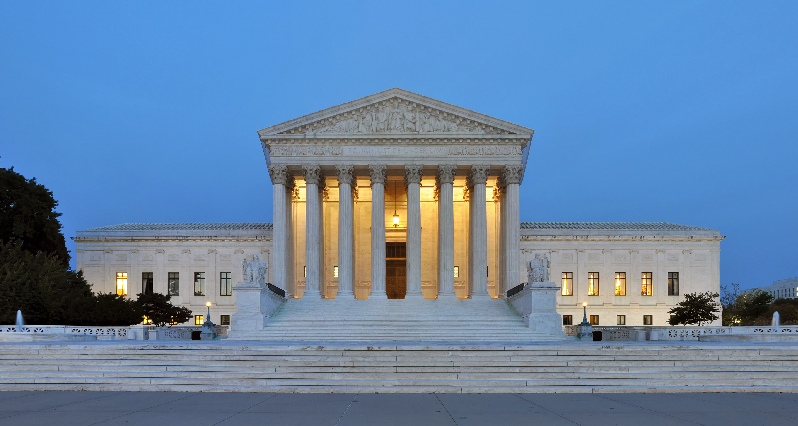 The United States Supreme Court may finally need to settle this issue.

Over the past few years, a group of doctors, supplement manufacturers, and concerned citizens have been waging a legal battle against the U.S. Food & Drug Administration which will ultimately determine our freedom to receive accurate, scientific information about our health. Although the specific court case concerns using an herb for prostate enlargement, it has the potential to set a precedent which could rock the entire healthcare system in the country.

First, some background: as most of you are probably aware, freedom of speech in regards to nutritional supplements (vitamins, minerals, herbs, etc.) is a tricky legal issue. On one hand, it’s relatively easy for supplement manufacturers to get approval for vague and sometimes misleading “structure/function” claims. All you do is submit your claim to the FDA, and if the agency doesn’t think it’s too outlandish, you’re allowed to say it. Structure/function claims can not name actual diseases, however. So for example, you could say “fish oil supports a healthy heart” – which could mean anything! – but you couldn’t say “fish oil lowers your risk of thrombosis, atherosclerosis, cardiac infarction (heart attack), and high blood pressure.”

The law does allow for disease claims too, but the FDA has historically been extremely reluctant to grant these, even when presented with overwhelming evidence for their validity . (In fact, the FDA has been reprimanded by the courts three times for “censoring” disease claims without justification). Currently, less than a dozen disease claims have been approved for nutrition and/or supplements, and all of these discuss disease prevention. No claim has yet been approved regarding treatment or cure of an existing disease.

In December 1999, the FDA denied the petition without ever reviewing it or the science behind it. The FDA simply said that Saw Palmetto is not a drug, and only drugs can be said to treat a disease.

Which is, of course, mind-boggling.

Of course the folks who filed the petition took the FDA to court, citing, among other things, the right to freedom of speech under the First Amendment. Finally, in January of this year, the D.C. District Court ruled, siding with the FDA. The case is now before the Court of Appeals. So things are getting interesting. If the good guys win this one, we may finally see some accurate information on supplement labels. I’ll keep you posted.

So enough with the politics – on to the prostate!

Prostate enlargement is incredibly common among older men. A third of men over age 50 have BPH; 9 out of 10 over age 85 suffer from the disease. The symptoms include frequent urination, a decrease ability to completely empty the bladder, pain on urination, etc. All of these are caused when the enlarged prostate gland pinches off the flow of urine . Men with BPH often wake up again and again during the night to urinate.

Saw Palmetto for BPH is an ideal test case for the freedom of speech issue, as it’s safe, highly effective, and backed by great evidence – everything from preliminary test tube research to placebo-controlled trials. Not only that, but Saw Palmetto has been directly compared to the best prostate drugs on the market, and it works as well as any of them, only it’s A) much cheaper, and B) has fewer side effects.

For example, in a study published in European Urology (May 2002), Saw Palmetto was compared to the best-selling BPH drug Tamsulosin (“Flomax”) in 811 men in 11 countries. After a year, the International Prostate Symptoms Score for both groups went down by the same amount. The increase in urine flow rate was also similar, although the Flomax group did have a slight (5%) edge here. The Flomax group also had a seven-fold greater incidence of “ejaculation disorders.”

Saw Palmetto has also been compared to the other major BPH drug, Finasteride (“Proscar”), in a number of studies. The largest of these was a six-month trial involving 1,098 men (published in the October, 1996 issue of Prostate). In this trial both the drug and the herb had a similar effect on urinary flow rate and the International Prostate Symptom Score. The Proscar group did have a greater decrease in prostate size, as measured by ultrasound, but this didn’t make a difference in actual symptoms noticed by the men. What they did notice, however, was that the Saw Palmetto once again produced less loss of libido and erectile dysfunction.

Saw Palmetto is quite safe. It has been formally studied for periods of up to two years, and has been used safely outside of studies for much longer. There is even evidence (albeit in a test tube) that Saw Palmetto could prevent or treat prostate cancer. The standard dose is 320 mg a day. Just make sure the bottle says that it’s concentrated to “85-95% fatty acids and sterols.” If it’s not, you’ll need to take a lot more.

As always, I’m running out of space, and there are still a good half-dozen other supplements which can benefit BPH. So let’s do this quickly. (Just remember, Saw Palmetto is still number one!) The herb Pygeum africanum, is the second-best-selling prostate herb in this country. It’s a good one, but it’s extracted using the toxic solvent hexane. And even if there’s no hexane left in the finished pill, hexane extraction is still rough on the environment. Considering this, plus the fact you’ve got so many other options which are better and cheaper, I’d pass on this one unless nothing else is working.

Stinging Nettle (Urtica dioca) root is very useful for the prostate. (Yes, this is the same stinging nettle which is a diuretic and antihistamine, but here you’re using the root, not the leaf). Nettle works somewhat differently than Saw Palmetto, so they complement each other nicely. In one study, a combination of the two reduced or eliminated symptoms in 86% of men after 3 months – compared to the roughly 65% that tend to respond to Saw Palmetto alone. And of course it works well on its own, too. Stinging Nettle, like Saw Palmetto, has been approved by the German government to treat BPH.

There’s a brand-name rye pollen extract called “Cernilton,” which has had decent results, although nothing too special, and it is expensive. And finally, omega-3 fatty acids from fish and flax oils may also help, but then again, they help everything…

The mineral zinc is another popular choice for BPH, since it inhibits testosterone-to-DHT conversion. To be honest, there’s very little good research here – certainly nothing which says zinc doesn’t help with BPH, but very little to show that it does, either. If it were me, I’d take zinc anyway. It’s cheap, and if it does nothing else, it will still protect you from mercury and other toxic heavy metals, help you fight off colds, assist with many skin conditions, prevent macular degeneration, etc. Pumpkin seeds and pumpkin seed oil are a traditional remedy for BPH, as they’re high in zinc, as well as some of the fatty acids found in Saw Palmetto. And speaking of zinc-rich foods, there are of course oysters…

Finally, I want to mention two specific formulas. One, called “Prosta-Response” from the Source Naturals company, is for those people who want to hedge their bets – it has everything in it: Saw Palmetto, zinc Pygeum, Nettle Root, flower pollen, as well as a dozen other ingredients to help the prostate. The other, “Better Man” from the Interceuticals company, is a very different formula containing more than a dozen Chinese herbs. Most of these herbs are not prostate-specific, but rather general tonics like Ginseng, Schizandra, and Rehmannia. The only human studies on Better Man didn’t have a placebo group so they’re hard to interpret, but if the results are valid, they’re very impressive. 70% of men with BPH improved sexual drive or performance; 80% improved urinary function – all in 3 months.

1 The classic example was the FDA’s refusal in the early 1990s to allow claims linking folic acid to the prevention of spina bifida, a horrible and sometimes fatal birth defect. This despite a wealth of scientific evidence, and the endorse-ment of two government agencies (the Centers for Disease Control and Prevention, and the Public Health Service). The FDA only relented a week before its commissioner would have had to publicly justify his position to the Senate.

2 Saw Palmetto could become a drug if a New Drug Petition were filed, but this is unlikely since New Drug approval is such a costly process: conservative estimates have it in the tens of millions of dollars. And since Saw Palmetto is an herb and can’t be patented by the people to get it approved, a return on that investment would be highly unlikely.

3 Prostate cancer has the same symptoms. You need to get professionally diagnosed!

4 Some people point to evidence that estrogens are also involved. While this appears to be true, it is still controversial as to exactly what roles they play