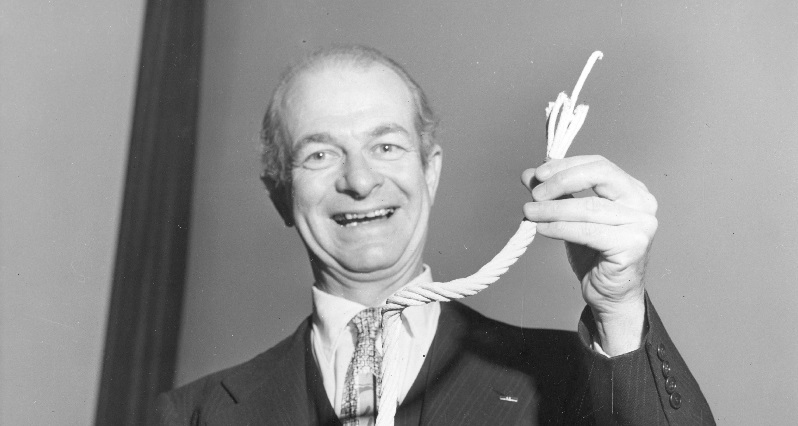 The chemist Linus Pauling won the Nobel Prize not once, but twice.   (And he was arguably on the fast track to winning it an unprecedented third time until Watson and Crick “borrowed” a peek at Rosalind Franklin’s crystallography data and leapfrogged their competitors to the eventual discovery of DNA…).  So it’s safe to say Dr. Pauling knows a thing or two.  Pauling was also a vocal advocate of Vitamin C, in particular the controversial claim that it can prevent colds. Was he right? Does Vitamin C actually work? (Photo of Linus Pauling courtesy the Smithsonian archives).

Do Frankincense and Myrrh Work?

(Because let’s kick this off with a “seasonally relevant” question.)

Yes, Frankincense and Myrrh work. Both frankincense and myrrh are effective antimicrobials, or germ-killers. And in an age before refrigeration, vaccination, and modern antibiotics – where airborne infections were frequent and legitimate threats of death – this was no small thing. Those wise men weren’t messing around.

Today, we use frankincense primarily as an essential oil. We put a few drops in hot water and inhale the steam to break up phlegm and fight infections. Myrrh, on the other hand, is wonderful around gum infections (massage in a few drops). And stubborn sinus infections. Put a few drops tincture of myrrh in your neti pots for this.

Yes! By definition, all vitamins “work” in the sense they prevent vitamin-deficiency diseases. In this case, vitamin C works to prevent scurvy. HOWEVER, scurvy isn’t the reason most people take vitamin C. So, let’s ask a more specific question: does vitamin C work to prevent or treat the common cold?

This question has been very well-researched over the years. Dozens and dozens of solid, reasonably well-designed clinical trials. And the consensus is: vitamin C does not work to prevent or treat the common cold.

HOWEVER, there are two big asterisks we should attach to that last statement.

First, there is evidence that vitamin C may work for certain subsets of people. Individuals under a great deal of physical stress. Marathon runners, in one study. In another, Swiss commandos on a winter training mission in the Alps.

And then there’s the issue of dose. A lot of progressive healthcare practitioners suggest doses above 6,000 mg a day. And yet every “legitimate” study on the vitamin uses doses lower than 3,000 mg a day. Why is that?

Well, you’ve heard of “double-blind” studies. That’s when both researchers and their subjects are “blind” to who’s in the treatment group, and who’s in the placebo group. We do this so there won’t be any sort of placebo effect to mess up the results. Well, doses of vitamin C above 3,000 mg can cause mild digestive distress in sensitive individuals. And the idea is, as soon you experience digestive distress, you know you’re in the treatment group. Which eliminates blinding. Which would invalidate the study.

All of this is very ethical, of course. But it does mean that, despite the mountains of research showing that vitamin C (usually) doesn’t work… maybe it does work, if you use more.

Echinacea is arguably the single most complicated medicine in our herbal toolbox, mostly because what we call “echinacea” is many things. “Echinacea” can be echinacea root, echinacea leaf, echinacea flower; hydroethanolic extracts, pressed juices, and powders; different echinacea species such as E. angustofolia, E. purpurea, and more. And they are not the same.

Long story short, and vastly oversimplifying things: extracts of echinacea root are best suited to nip a cold in the bud. Catch it in the first 24 hours and knock it back hard. Meanwhile, root extracts may be counterproductive for viruses that have already progressed into the lungs or otherwise set in deeper. That’s because echinacea root suppresses certain kinds of immune response. It can suppress the kind of excessive, maladapted immune response that can turn your sinuses into an inflamed warzone, paving the way for further turmoil down the road.

Meanwhile, echinacea leaf is more about potentiating, or preparing, the immune system to handle something at a later date. Some of the best research on echinacea leaf actually showed zero benefit treating the common cold in children. HOWEVER, it turned out that the children who took it had many fewer second or third colds that winter than the placebo group.

Against the flu? Absolutely. The research is there, and it’s consistent. It may not be our single best option (I’d personally give that distinction to lomatium root), but it may be our best good-tasting option, with a stellar safety profile.

So, it works against flus. Against colds, maybe not so much.

You see, unlike a lot of other winter wellness herbs, elderberry doesn’t work through the immune system so much as directly against the virus itself. In particular, elderberry blocks what are called hemagglutinin spikes, which are what the influenza virus uses to attach to and enter our cells. Without working hemagglutinin spikes, influenza is effectively neutralized.

But not all viruses use hemagglutinin spikes. For example, rhinovirus, which causes the common cold, does not.

BUT WAIT – there’s more. Earlier, I said that elderberry works primarily via inhibition of hemagglutinin. But that isn’t its only mechanism. It also modulates or improves immune responses – at least a little bit. It is rich in flavonoids that may reduce inflammation and help vitamin C work (see above).   The flowers of the plant are used traditionally to break a fever.

So, while it’s not ideally suited to fight colds, it does have some benefit here. And there’s been some preliminary research that North American elderberry (Sambucus canadensis; vs. European black elderberry Sambucus nigrum) may have more to offer against colds.

Yes, for the most part. Turmeric effectively controls both chronic and acute inflammation. As for all those other claims, about reducing the long-term risk of Alzheimer’s disease, heart disease, and cancer… there’s good reason to be optimistic about all of them. But the actual research to prove it conclusively – where you track thousands of people for ten or more years – has not been done yet.

There are thousands of different probiotics out there, and they’re not all created equal. And the research is all over the map. The ways we talk about that research rarely acknowledges the full complexity of this topic. I’m sometimes guilty of that as well.

Let’s look at the New York Times, which published a fairly influential piece last month questioning the value of probiotics.

Normally, I appreciate author Aaron E. Carroll for his fair and even-handed approach to both pharmaceutical and natural medicine. But this may not be his finest hour.  Carroll writes – and this is just one example of many, many – “They don’t prevent infant colic, either.” Period, full stop. End of discussion. Sounds conclusive, doesn’t it.

AND YET the statement “they don’t prevent infant colic” is substantiated with a link to a 2014 study in the British Medical Journal where one particular probiotic did not, in fact, prevent colic. And in the intro to that study, the researchers reference previous studies where this particular probiotic did in fact prevent colic. Plus, it turns out a review published in January 2018 in the highly regarded journal Pediatrics concluded that the same strain “is effective and can be recommended for breasted infants with colic. Its role in formula-fed infants with colic needs further research.”

And even if – if! – this probiotic flat-out didn’t work, it wouldn’t mean that probiotics in general didn’t. So yes, probiotics work.

NAC (or n-acetyl cysteine) is one of my favorite supplements for general everyday health, because it supports one of the body’s most important and pervasive antioxidant defense systems, called glutathione.

Glutathione is everywhere. It does everything. So yes, it’s safe to say NAC “works!” It works to reduce inflammation in the gut, decongest the sinuses, nourish the lungs through all sorts of acute and chronic conditions, help the liver detoxify, address compulsive behaviors, and even reduce the risk of dementia. Among many other things.

One of those other things is slash your risk of getting the flu. There was a wonderful study published a number of years ago involving 262 elderly men and women in 20 treatment centers throughout Italy. Subjects were either given 600 mg NAC or placebo twice a day over six months. Blood samples showed both groups were equally exposed to the flu – and equally developed resistance to it. But while 79% of subjects exposed in the placebo group reported symptoms, only 25% of the NAC group did.

NAC can also fight off a cold acutely. A standard dose here is 600 mg two or three times a day. It’s safe enough to give children, and the elderly. We have a handout that goes into a little more depth on NAC in the store.

As the research keeps on rolling in, it’s becoming increasingly clear that vitamin D does only half of what we hoped it would do in the heyday of our excitement about it circa 3 or 4 years ago.

But a half of “a lot” is still… a lot. The benefits for bone health are still real… just less miraculous than we’d hoped. The immune benefits appear to be real… but it’s probably a mistake to attribute our increased risk of viruses in the winter entirely to vitamin D deficiency. Ditto for seasonal effective disorder.

Having said all that, there’s very little downside, and it’s still about the cheapest thing in the health food store. So I still recommend to everyone they monitor and maintain their vitamin D levels through winter.