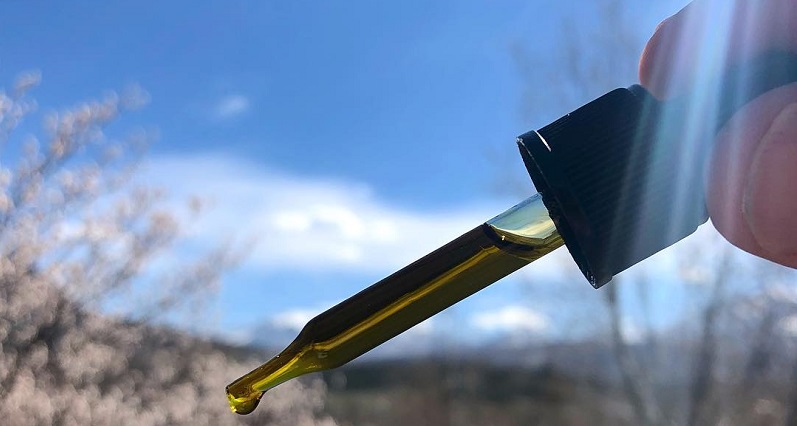 CBD: It (Mostly) Lives up to the Hype

So, what does CBD actually do?

CBD mostly works through through a system in the body called the endocannabinoid system, which directly and indirectly influences just about everything that goes on inside us.  So it’s fair to say CBD has wide-ranging effects, some of which we know, many of which we’re just beginning to guess at.  I’m eager to see how the research unfolds in the next few years.  Here, however, are the high points as things stand today.

Before I get into any research, let me begin speaking from experience.  I’ve already heard, directly or indirectly, from a hundreds of people  who have used CBD for pain. The resounding majority have said it worked.

CBD doesn’t discriminate: it works for all sorts of pain. Headaches and arthritis, of course, are common concerns.  But I’ve also talked to people with various kinds of spasm, lower back issues, pinched nerves, post-workout soreness, post-herpetic neuralgie, pain following dental surgery, one with pervasive severe pain from a car crash, and at least two women on staff who used it topically on their lower abdomens for debilitating menstrual cramps.

All of this makes CBD stand out in the world of herbal medicine. Don’t get me wrong: traditional herbal medicine has some effective approaches to pain but most of them are anti-inflammatories: they control pain by controlling the inflammation that often causes pain.  CBD controls pain directly.

How strong can it be?  That’s largely a factor of how much you take. In one very small study (tiny: only 7 patients) CBD as high as 300 mg a day was found safe and effective in controlling even pain following organ transplant surgery.  I recently spoke to a woman who took 60 mg (again, a relatively high dose) for a rapid-onset migraine.  After an hour, and some relief, she followed up with another 40 mg — and that tipped to scales into real, significant relief.  (As discussed last month, 10-20 mg per dose, 1 to 3 doses a day, is a good standard to begin with).

Preliminary research indicates CBD should be safe even alongside other painkillers. As far as we know, it doesn’t add strain to the liver (like acetaminophen does).  It doesn’t appear to effect bleeding (like ibuprofen and aspirin do).  It doesn’t appear to suppress the immune response (like corticosteroids do).  CBD can even be used safely alongside some of the strongest painkillers in the pharmaceutical toolbox.  In one small study, 800 mg of CBD — an astronomical dose — was given orally concurrent with intravenous fentanyl (an opioid drug more powerful than oxycontin). The CBD did not intensify any side effects of the fentanyl, suggesting not only that CBD can be used safely with opioids, but also as part of a program to taper off them.

CBD is an anti-inflammatory, but not a simple one. Let me explain.

Following our metaphor, however, there are pipes before the faucets, and neighborhood mains before the pipes, and city mains into the neighborhoods, and the reservoirs that feed into the city – all of which have on/off switches of their own.

Most pharmaceutical, and many herbal, anti-inflammatories work at the (metaphorical) neighborhood level.  Some at the city level.  They cut throughput by 40 or 50%, and all the faucets go down to a trickle – problem solved.  CBD, on the other hand, interacts – not with the plumbing at all – but with one of the body’s own control system that has the ability to shut off inflammation almost at the (metaphorical) faucet level.  This system micromanages which faucets to turn off, and which ones to leave on. Sometimes, this makes CBD less effective, since it isn’t quite as absolute an intervention.  Other times, it can yield surprisingly effective and pinpointed results.  And since CBD works through one of the body’s own control systems, rather than overriding the body’s control entirely, it works with more nuance, and fewer unwanted side effects.

I still prefer traditional herbal anti-inflammatories for acute inflammation following a sprain, strain, or bruise.  (Think concentrated extracts of turmeric, boswellia, devil’s claw, etc.  Plus manganese for any tendon issue.  Plus arnica to resolve the initial trauma).  I prefer CBD more for chronic, pervasive inflammation that can’t be traced to a single, localized injury. It seems to work especially well in autoimmunity.  It also may be especially valuable in reducing the risk of certain degenerative diseases caused by low-level, chronic inflammation.  (Here, add high-dose fish oil).  Perhaps in particular, neurodegenerative diseases.

I’m lumping these together, because – while the three conditions are not necessarily the same – CBD helps all of them the same way.

CBD is active in a number of areas of the brain.  But it appears to work primarily in the limbic system – what we sometimes call the “primitive brain,” or “reptile brain.”  This is the part of brain that doesn’t think so much as feel, regulating our emotional rather than our cognitive lives.  It deals in the “animal” emotions of fear and anger.  The limbic system also regulates motivation and long-term memory.

Acutely, CBD can reduce phobias and social anxiety. Public speaking, for example, or the first day of school; first dates, or the anxiety ahead of a medical test. I think of it especially in situations where there’s a high baseline of anxiety that isn’t really tied to logic.

There’s also some evidence CBD may even help us unlearn our longstanding fears and anxieties. In one study, healthy subjects were conditioned to fear a particular colored box by giving them an electric shock every time they saw it.  Pretty soon, just the sight of the box was enough to raise their blood pressure and make them flinch.  After the conditioning was established, the scientists tried to reverse (‘extinguish”) it by teaching the subjects now not to fear the box.  Well, it isn’t so easy to unlearn fears.  It turns out, however, that if the subjects were given CBD before the unlearning process, it worked better.  Even days later, when there was no CBD left in their system, they felt less fear when they were shown the colored box again.

Exactly what this means in the real world remains to be seen. But it certainly gives us reason to hope around things like PTSD, phobias, and learned compulsions.

I have no firsthand experience using CBD in autism.  As far as I’m aware no research has been published, either.  However, according to parents I’ve spoken with who are active in the children-with-autism community, word of mouth here is very, very positive, verging at times on the miraculous. I do not use the word “miraculous” lightly.

Based on what little I’ve heard, it has been suggested that school-age children benefit with moderate-to-high doses in the 30-40 mg range, 1 to 3 times a day.  (And that perhaps lower doses don’t help at all…?)  And it has been strongly suggested to me that true full-spectrum extracts offer significant benefits above and beyond isolates.

I wish I could say more, though. And with more confidence.

CBD was found effective in an animal model of IBS. However, in a small human trial, at a low dose, CBD did not appear to help. That low dose was 10 mg twice a day. It remains to be seen if a higher dose might not be more useful.  Or if it could benefit particular subsets of IBS sufferers – perhaps those with higher baseline levels of stress or inflammation.

CBD is currently an approved pharmaceutical drug to treat seizures, usually in fairly high doses. However, there was a 2016 study with 214 people with epilepsy that found benefits with surprisingly low doses. When just 2 to 5 mg of CBD were added to their existing anti-epileptic medications, people experienced 36.5% fewer seizures after 12 weeks.

There are two questions here. First, is CBD addictive? The answer is a resounding “no.” In fact, CBD is safe for people in recovery from drugs or alcohol (unless the faint aroma of marijuana is triggering).

The other question is, can CBD actually help with addictions? And here, the answer is a very optimistic, but still provisional “yes.” There’s evidence that habitual marijuana smokers who start to include CBD may crave less marijuana. There’s similar evidence with opiates.  And there is evidence that people in active withdrawal may find some relief from the agitation and sleeplessness.

There is reason to be optimistic that CBD could be part of a cancer treatment protocol. But at this stage, the research is a long way’s away from offering us anything conclusive. Sure, it has anti-tumor properties in a test tube. But so do a lot of things.  And they don’t always translate to living, breathing people.  It will be interesting to see what the research reveals over the next five to ten years.

CBD does appear to be safe and effective in managing the pain and anxiety that may be part of a diagnosis.