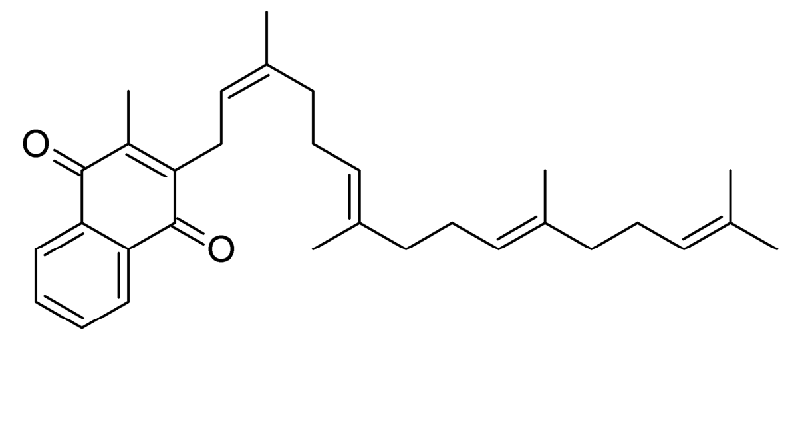 It is becoming increasingly obvious that a high intake of calcium is not the solution for osteoporosis. Yes, it’s important to get enough calcium – roughly 600 mg a day. But beyond that, the key to healthy, vibrant, resilient bones are all the nutrients that help the body manage calcium. These calcium management nutrients finally accomplish what we’ve always wanted calcium to do for us.

In other words, it isn’t how much calcium we get, but how well we use it. Calcium management nutrients not only help calcium go to the right places, they also keep calcium out of the wrong places.

Strontium: Strontium is the single most effective nutrient I know of for building bone density, quickly. (Quickly, meaning in 6 months or so). If you want to be “wowed” by your DEXA scan, this is the one for you.

In fact, the increases in bone density have sometimes been so dramatic, they actually worried people. The thinking goes like this: if we see a 14.4% increase in lumbar spine bone mineral density in three years (which we saw in one study, published in the New England Journal of Medicine in 2004), what’s going to happen in 10 or 20 years? Will we start growing bony plates, like a stegosaurus? (Spoiler alert: we won’t).

On the flip side, people have been concerned that the increases in bone density were misleading and even “fake.” Normally, we care about bone density because it reflects the amount of calcium in the bones. But strontium goes into the bones, too, where it spikes bone density readings independent of calcium. So yes, the numbers were going up. But did they mean anything?

All of those concerns were finally laid to rest with a study published in 2012 in the journal Osteoporosis International, which tracked 237 people on a clinical dose of strontium for 10 years. The increase in bone density and decrease in fracture risk both tended to peak by year five, and were maintained at a steady level during years 6-10. All told, there was a 36% relative reduction in fracture risk. Other studies have included more people, and have had even more impressive results. But I like to point at this one, since it went the full decade.

A standard dose of strontium is around 680 mg a day.

Three notes. First, the form of strontium in studies tends to be strontium ranelate, while the form sold in this country is usually strontium citrate. But the two should work the same. Second, it is often said that strontium needs to be taken a few hours separate from calcium. It doesn’t need to be, but it certainly absorbs better if you can. Finally, there have been concerns about strontium raising the risk of heart attack. In-depth analysis suggests there is no increased risk for healthy individuals, and possibly 0.6% increased risk of non-fatal heart attack in people who are already at high risk. There is no increased risk of fatal heart attacks in any group. (The British health authorities currently do not advise strontium for people with uncontrolled high blood pressure or other significant risk of heart disease.)

Vitamin K2. While strontium is my favorite way to raise bone density quickly and dramatically in folks that need to make it happen fast, vitamin K2 is my favorite nutrient to improve the health of the bones no matter what your situation. (And in case you were wondering, yes, you can take both together).

For a long time, we were all taught to hold a fairly narrow view of vitamin K. K was for clotting. That was about it. And while we knew there were two different families of vitamin K – K1 and K2 – we were taught that they were pretty much interchangeable.

It turns out, that what we were taught was wrong. While vitamin K1 does focus on clotting, K2 has a major role to play in calcium management. Vitamin K1 focuses on helping the blood clot. K2, on the other hand, helps the body move calcium around.

There have been over two dozen human clinical trials with vitamin K2 showing real, significant improvements with bone density, bone turnover, and fracture. It can get confusing, because there are different kinds of K2.

The form of vitamin K2 called MK4 has been the most impressively researched. Unfortunately, the standard dose (45 mg a day in divided doses) is fairly expensive. At least by the standard of vitamins. At around $50 a month, it’s still cheaper than a lot of drugs.

In one study, published in 2013 in the journal Osteoporosis International, 180 mcg of vitamin K2 were given daily to 244 women every day for three years. There were significant improvements in total bone density, and a reduction in fracture risk. Two years later, the same research team published a follow-up paper in Thrombosis and Haemostasis, this time analyzing cardiovascular risk from the same study. It turns out, the people receiving K2 also saw significant improvements in arterial stiffness and thickness.

A standard dose of MK4 is 45 mg a day, vs. 90-180 mcg a day with MK7. All K2 absorbs better taken with fatty foods, but this isn’t necessary. Of course there are concerns consuming any kind of vitamin K with Coumadin™. This is an issue to discuss with the Coumadin™ clinic.

Magnesium: Magnesium helps calcium get absorbed – into the bloodstream, and into the bone. There have been a number of short-term studies showing that magnesium supplementation is correlated with lower bone turnover and higher bone retention. There have also been quite a few large studies correlating dietary magnesium intake with greater bone density, and lower rates of fracture.

Magnesium also offsets some of the annoyances we sometimes see with higher calcium intake: muscle cramping and tension, and occasional constipation. A standard dose is 400-800 mg a day.

Vitamin D: Vitamin D helps get calcium into the bloodstream, and from the bloodstream into the bones. Since we make vitamin D when sun hits our skin, most of us who get outside do fine in the summer – and need a lot of help in the winter. Your doctor can check your levels. A standard dose during no- or low-sun exposure months is 2-5,000 i.u. a day.