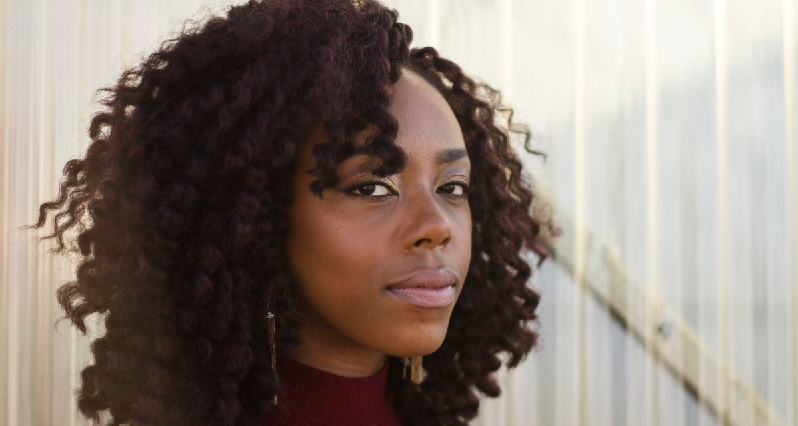 Hair and nails are created by living tissue, but they’re not alive themselves.  There’s no blood flow, no enervation, no metabolism.  Lucky for you, or your next hair cut would hurt worse than a root canal.

The point is, it will take a while before any internal changes become apparent.  Nails take a month or two to grow out, and that’s how long it’s going to take before you see them strengthened.  Hair grows a half-inch a month, on average.  If you’re trying to prevent split ends, and you keep your hair half-a-foot long, it’s going to take about a year before you see results at the tips.

But that’s with average growth rates.  It turns out that the major hair- and nail-strengthening nutrient (below), also makes hair and nails grow faster.

The mineral silica is the go-to nutrient for fragile hair and nails.  It won’t keep hair from thinning at the scalp, but the strands you’ve got will be stronger, and grow faster.  After a few months on silica, nails that tend to break, tend not to.  Almost everyone who tries it reports that the results are noticeable, often dramatic.

Silica works, not because of any special affinity for the hair and nails themselves, but because it promotes the production of collagen, the “cement” of our tissues.  For this reason, it would be easy to assume that silica could also strengthen bones and joints and skin.  In fact, there’s some pretty compelling research that shows it does just that.

There are three prominent kinds of silica on the market: inorganic silica, vegetal silica, and fancy silica (orthosilicic acid).

Inorganic silica basically comes from rocks, while vegetal silica is a plant extract (usually the herb horsetail, or bamboo).  The vegetal silica is the better of the two.  People simply get better results from it.  A good dose of the vegetal silica is 30-40 mg a day.  (You could also check out the Jade Pearl Rice we sell, from Lotus Foods.  It’s a white rice infused with a bamboo extract.  There’s so much bamboo that this white rice has more fiber than brown rice.  And while I’ve never seen exact numbers on its silica content, I imagine that it’s quite high as well…)

The best of the three is the orthosilicic acid, a patented material out of Belgium, sold under the trade name BioSil.  Less than 10 mg of BioSil usually outperforms 30-40 mg of vegetal silica.

Orthosilicic acid has been the subject of a number of clinical trials.  The results of three of these are shown on the back of the BioSil box.  (And, unlike many companies that try and impress you with scientific-looking graphs and charts that basically say nothing, these guys have legitimate research to back it up).  There’s the 13% Stronger Hair trial, the 19% Reduction in Wrinkle Depth Trial, and the 2% Improvement in Hip Bone Mineral Density Trial.  (Of course those weren’t the actual names of the trials).   All were published in peer-reviewed medical journals.  We’ve got copies in our silica file at the store.

The results weren’t obtained overnight.  It took 20 weeks for the hair and skin, and a full year for the bone density.  But still, those results are very, very impressive, especially when you consider that one supplement did all of it, and all at less than 10 mg/day.

Orthosilicic acid is available in liquid and capsules.  The liquid is much cheaper.  But it tastes nasty.

The other supplement I really like, the one for thinning hair, is an herbal formula called Sheng Fa Wan, put out by a company called White Tiger.  Sheng Fa Wan isn’t the only formula of its kind.  There are actually quite a few out there, similar formulas built around similar herbs.  The thing is, I never got good feedback on any of the others.  Occasionally someone would come in and say they had a little bit of peach fuzz growth after a few months, but that was about it.

I’ve been using Sheng Fa Wan since it was introduced to me a few years ago.  I’ve been very, very impressed with the results.  It doesn’t work for everybody, but it does for most.  In a few months, hair growth is noticeably thicker and more robust.  It works both for general thinning, and thinning in specific areas, like the temples or the top of the head.  It helps both men and women equally (although I have yet to see any benefit in male pattern baldness).

Sheng Fa Wan is based around a Chinese herb called He She Wou, which has been the centerpiece of those other formulas I used.  He She Wou has a strong reputation as a hair-rejuvenator in Chinese medicine.  Its name translates literally as “He Turns Black,” where “He” is not a word but the name of the man who is said to have discovered it.  According the legend, Mr. He ate the herb for a number of months, and his grey hair turned black again.

It’s always interesting to see how different cultures use the same, or similar, herbs.  In this case, He She Wou (Polygonum multiflorum) is closely related to a North American herb called Solomon’s Seal (Polygonum biflorum).  I’ve never seen anyone reference Solomon’s Seal for strengthening the hair, but where it is indicated is in strengthening ligaments and tendons made of the same stuff, basically, as hair.

Anyways, the Sheng Fa Wan formula rounds out the He She Wou with other ingredients that are meant to nourish and revitalize the blood.  (In Chinese medicine, hair is considered an external manifestation healthy blood).  It also uses a number of herbs that will tone the adrenals in a sense, remedy some of the depleting effects of stress, on the hair and everything else.

Of course all this blood and adrenals stuff sounds great on paper.  But ultimately, it doesn’t matter.  What matters is that this stuff works.