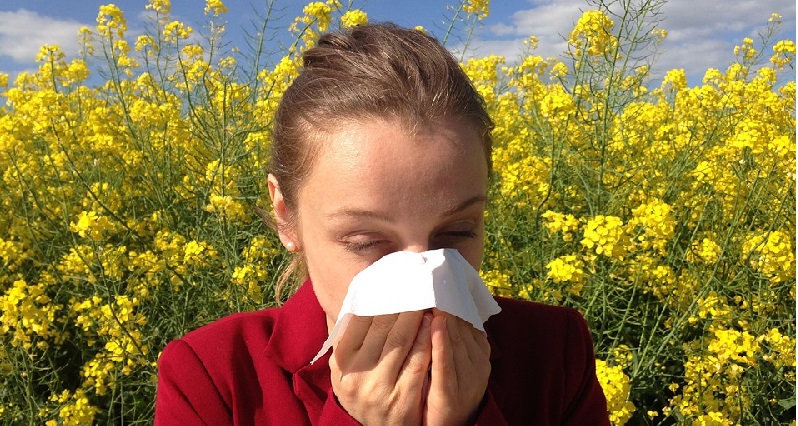 A healthy immune system is a wonderful thing. It identifies invaders in the body – viruses, bacteria, etc. – and then attacks and gets rid of them. At least, that’s what happens when everything goes smoothly.

If the immune system get confused and attacks parts of ourselves, we call it autoimmunity. If, on the other hand, the immune system gets confused and attacks something foreign but harmless, we call it an allergy. In both cases, the collateral damage from an aggressive immune response can lead to inflammation, swelling, rash, pain, redness, congestion, asthma, sneezing, itching, liver impairment, and tissue damage. There’s even evidence that, over time, an inappropriate immune response may create or worsen emotional depression. And finally, a misguided immune system is less able to deal effectively with actual immune challenges such as infection.

Most allergies involve an inflammatory mediator called histamine, which mostly exists to help the body fight large pathogens like parasitic worms. Bear in mind that worms are thousands of times bigger than the largest immune cells. So instead of fighting them “hand-to-hand,” the body uses histamine to sort of “napalm” the entire area, creating inflammation, and recruiting more and more immune cells to the region.

The nice thing about histamine is, because it’s so specialized, you can reduce a histamine response without compromising other kinds of immunity. It also means that there are ways to strengthen a healthy immune response without necessarily worsening allergies. In fact you can often improve chronic allergy symptoms by strengthening healthy immune responses – by redirecting the immune system’s systems attention.

What to do about allergies…?

2. Avoid allergenic environments. At the very least, close your windows during high-pollen season. That kind of thing. If you notice your allergies are worse during one part of the day vs. another, ask yourself what am I exposed to during that time of the day? If it’s at home, or at work, question whether there might be dust mites, or a mold problem in the basement…?

3. Training Immunologic Tolerance: Pollen, Honey, etc… There’s a principle in Immunology where, if you’re allergic to a substance in the airways, you can actually reduce your allergic symptoms by putting the very same substance right in your mouth. The mechanism is kind of complicated, but basically, you’re teaching the immune system to tolerate the allergen. “This substance must be okay,” says the immune system, “because we’re putting it where my food goes!”

So if flower pollen in your nose makes you sneeze, try eating some. Often, it’s sold as “bee pollen” – the bees don’t produce it, but they just gather it.

Bee pollen may be an “acquired taste,” but it’s not an unpleasant one. If you don’t want to take it off a spoon, you can mix it in with yogurt, sprinkle it on cereal, dust it on fruit salad, or decorate cheesecake with it.

You should try to get local pollen if you can, because pollen gathered locally is more likely to have the pollens in it that you’re allergic to, locally. That being said, I wouldn’t be too worried about pollen gathered from Maine, say, or Pennsylvania: most of their flower and tree families will overlap with ours.

A standard dose of honey or pollen is “sort of a half a teaspoon,” a few times a day. The dose is “sort of” because it’s less about an amount you ingest, and more about putting it in contact with the surfaces of the mouth. Whatever you take, swish it around or chew it before swallowing it.

There are also convenient homeopathic allergy sprays made from highly dilute versions of pollen allergens, or mold and yeast allergens, even animal dander allergens. These, too, are surprisingly effective. We’ve been carrying one brand where we (not the manufacturer) have been offering a money-back guarantee for years: “three sprays, three times a day, for three days – if you don’t feel a lot better, we’ll take it back.” Almost nobody ever returns them.

Pollen, honey, and their homeopathic equivalents are my favorite way to counter allergies, because when it works (and it usually does), it isn’t just blocking an action taken by the immune system, but actually retraining the immune system to act more intelligently. It’s truly getting to the root of the problem. However, training tolerance only works if you’re treating the right allergy with the right antigen. In other words, you can’t treat a cat allergy with pollen…

Nettles are exactly what you think they are: the leaves of the stinging nettle plant. Don’t worry – the tea is very pleasant and very mild, and doesn’t sting at all! Every year, nettles are a national best-seller when it comes to treating allergies, but in my experience, they’re kind of overrated. I think the issue is dosing. Nettles work, but you need to use a lot.

This is easier than it may sound, because nettles make a lovely tea, which you can brew strong, and drink hot or cold all day. My coworker Jay, back in the herbs department, has used nettles for years, and says the trick is to use a heaping tablespoon per cup, and drink up to four cups a day. Jay adds his dried nettle leaves to boiling water, then lets them steep overnight. Nettles are a diuretic – about as strong as coffee or strong tea – so maybe don’t drink four whole cups before bed!

The other big antihistamine for me is the flavonoid, quercetin. (Flavonoids are sort of “plant cousins of vitamin C.”)

There are lots of different flavonoids, and they all recycle and extend vitamin C in the body. What makes quercetin special is that it also blocks the release of histamine from mast cells. A standard dose for seasonal allergies is 3,000 mg a day. Expect it to start working in less than three days.

You can often take less quercetin for the same effect when you combine it with vitamin C, and the pineapple extract bromelain. Vitamin C recycles and extends quercetin in the body, and bromelain keeps it in the system longer by inhibiting its breakdown. Bromelain also works as an anti-inflammatory in its own right, and is especially helpful around sinus and lung congestion. A number of companies sell combination formulas. We stock a few ourselves.

You also can find quercetin in food, but I’d still stick with the pills if I was looking for a therapeutic dose. Foods just don’t have that much… If you want to try, however, capers are a rich source, and purple onions are pretty good if you eat enough of them. Also, spicy greens like cress, lovage, sorrel, and cilantro aren’t bad.

5. Butterbur is one of my favorite herbs for allergies. There’s some good research out there, where it holds its own, not just against placebo, but against a number of prescription and OTC drugs in garden-variety seasonal allergies. It doesn’t work as quickly as some other things on this list. I’d give it at least two weeks.

Where butterbur really shines is in allergic asthma. You see, butterbur does two major things. One, it fights allergies; and two, it calms smooth muscle spasm. So you see some solid research, and solid results, in a number of smooth muscle spasm disorders, such as migraine headaches, spastic bladder, and yes, asthma. When an allergy is causing the asthma, it’s a real double-whammy. A standard dose is 15-30 mg of petasins (an active ingredient in the plant), spread throughout the day.

6. Aller-7: This is a 7-herb formula, largely of Indian herbs, put together by a U.S. company in California. It decongests, reduces inflammation, and reduces excessive immune response. It puts mast cells and basophils (the two kinds of immune cells that produce lots of histamine) on a little less of a hair trigger. The end result is a significant decrease in allergy symptoms.

There has been some very solid, very well-designed research on this one, a handful of very impressive clinical trials.

We sell a product called “Aller-7 Support” under our Debra’s Brand label, which contains Aller-7, plus a little quercetin, some nettles, and small amounts of other ingredients. It’s probably our best one-size-fits-all formula for allergies – as long as you can tolerate taking six large pills a day. Well, you can probably tolerate it better than allergies…

Don’t be put off by my description! Using a neti pot needn’t be any more complicated or intimidating than brushing your teeth. You fill up the pot with a pinch of good salt, such as Celtic or Real Salt, in a little water, tilt your neck, and let gravity do the rest. The water goes in one nostril, and gently flows out the other.

Neti pots wash pollen, and antigen-antibody complexes out of the nose and sinuses. So instead of the triggers just festering there, triggering more and more of an immune response, you wash them away. For chronic seasonal allergies, try using a neti pot twice daily, sort of on a schedule, just like brushing your teeth. And bonus: in a controlled trial of doctors and nurses in a hospital setting, daily neti pot use was also found to cut sick days in half.